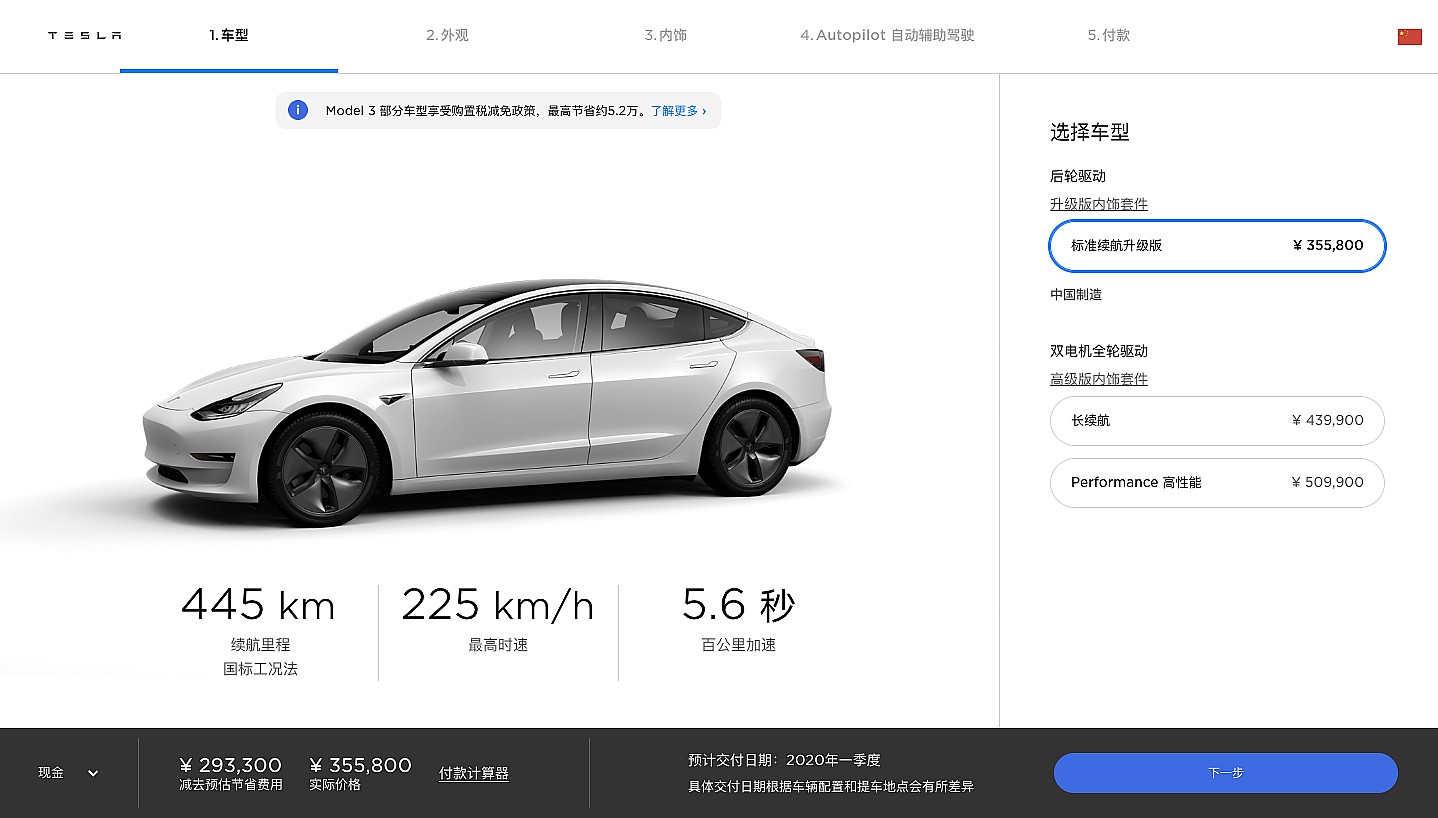 Tesla is gearing up for the first deliveries of its “Made in China” Model 3.

Local customers have noticed that Tesla’s China-specific Model 3 configurator has been updated with the removal of language that translates to, “MIC Model 3 is subject to regulatory approval.” The update comes after the Chinese government officially recommended the Model 3 for its electric vehicle incentive, giving buyers as much as $3,550 off the price of the car.

Additionally, following Tesla’s confirmation of a permit to sell its China-manufactured mass-market electric car, carriers loaded with Model 3 and a holding area full of Model 3 inventory were spotted at Gigafactory 3, further supporting speculation that the carmaker is preparing to make its first customer deliveries in the country.

“中国制造，待监管机构批准”, which means “MIC Model 3 is subject to regulatory approval”, has officially been removed.

So sales permit is secured definitely.

Tesla’s focus on the Chinese market is important to the future of the company. China has the largest automotive market in the world according to a report from nolasia.net. In 2015, Chinese citizens bought 24.6 million vehicles, 7.5 million more units than the second closest vehicle market in the United States. The locally-produced Model 3 will cost around $50,000 USD or 355,800 Chinese Yuan.

China could be a major key to the growth of Tesla’s international market. With the help of the Chinese government, Tesla was able to open Gigafactory 3 in Shanghai in an area where the company would not be impacted by tariffs set into place between the United States and China. Thanks to Gigafactory 3, Tesla will be able to compete in the local Chinese market with Model 3 and Model Y variants that are more aggressively-priced than their imported counterparts.

“Tesla has the first wholly-owned manufacturing facility in China of any automotive company. So, this is profound. And we’re very appreciative of the Chinese government allowing us to do this. I think it is symbolic of them wanting to open the market and apply and it farewells to everyone. I’d just say like an order of appreciation for the Chinese government in allowing us to do that. It’s a very significant thing,” Tesla CEO Elon Musk said during an earnings call in January 2019.