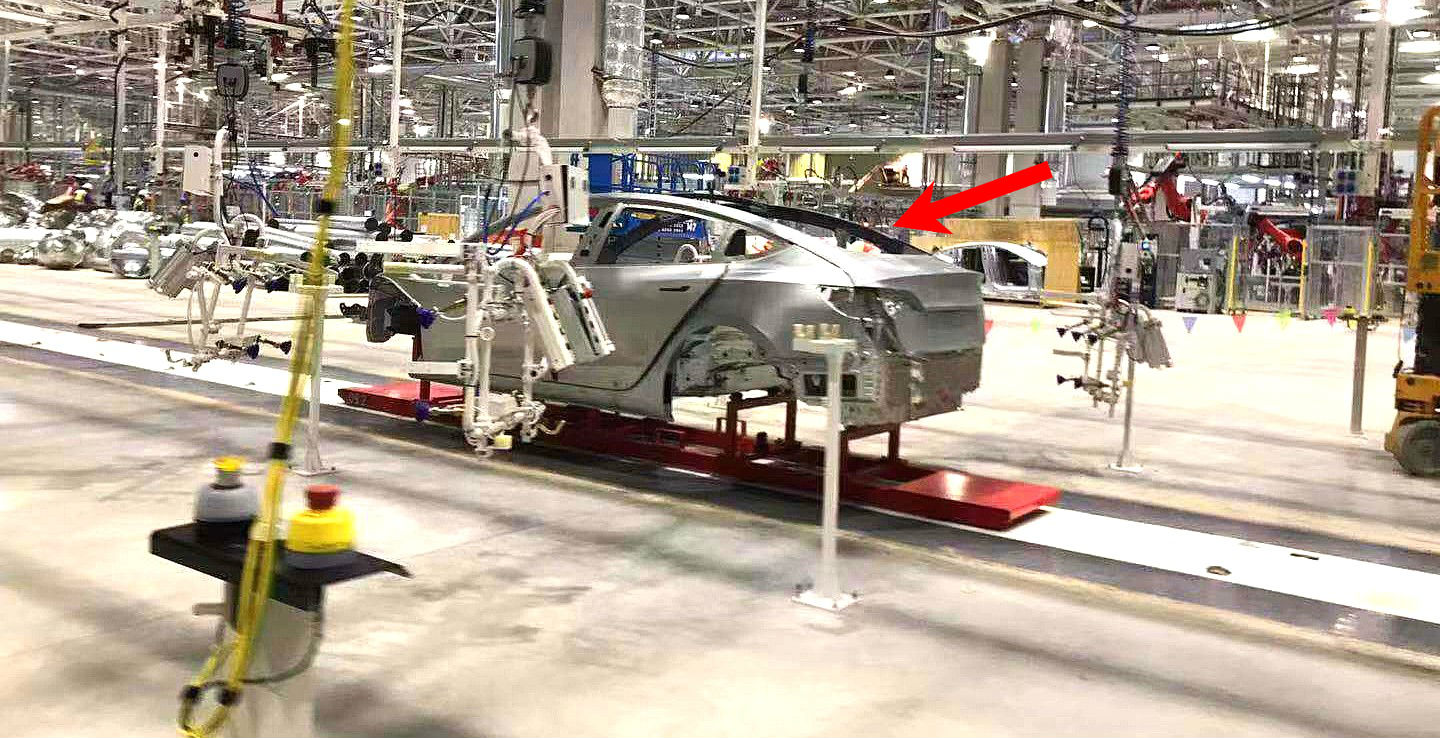 Leaked images and footage from the interior of Gigafactory 3 suggest that Tesla is already making the necessary preparations for trial production runs of its Made-in-China Model 3 in its massive Shanghai-based facility. The installation of manufacturing equipment and robots inside Gigafactory 3 is ongoing as well.

The recent Gigafactory 3 leaks were shared on Chinese social media platform Weibo by electric car enthusiast Battery King _ (电池王_). Overall, the images show a section of Gigafactory 3 that was largely complete, though it appeared that the floors and walls of the area are still bare concrete. The lighting appears to be done and the installation of manufacturing equipment is in full swing.

Most remarkably, the recent leaks include pictures of two partly-built Model 3 in an assembly line. It is unknown if the two electric sedans’ panels were stamped on-site or if the vehicles were only assembled at the facility from shipped components, but either way, the fact that Tesla is already beginning trial assemblies of the Model 3 in its China Gigafactory is nothing short of incredible.

Another noticeable aspect of the leaked video and images is the space that seemed to be available on the factory floor even with the Model 3 assembly line in place. Granted, the pictures were only taken at one section of an otherwise gargantuan facility and the tooling for the site is only partially complete, but it is not difficult to see the massive facility producing far more Model 3 than expected once it goes online.

Exceeding the expected initial output of Gigafactory 3 will likely be easier than expected, especially considering that Wall Street has given the facility a notably conservative production forecast. Back in July, for example, Morgan Stanley released an otherwise positive report on Tesla stating that the Shanghai-based site could go online as early as November.

This is especially notable considering that Gigafactory 3’s substation is expected to go live as early as next month. Recent drone flyovers of the Gigafactory 3 complex show that the substation is already taking form and perhaps nearing completion within the next few weeks. Barring any unexpected delays, Gigafactory 3 could come alive at the end of September.

During Gigafactory 3’s groundbreaking ceremony last January, Elon Musk noted that trial production runs of the Model 3 could begin in the China-based site at the end of the year. Considering the speed of Gigafactory 3’s buildout, as well as the fact that the preparations for trial Model 3 production runs are already underway, Elon Musk’s estimate might actually prove conservative.