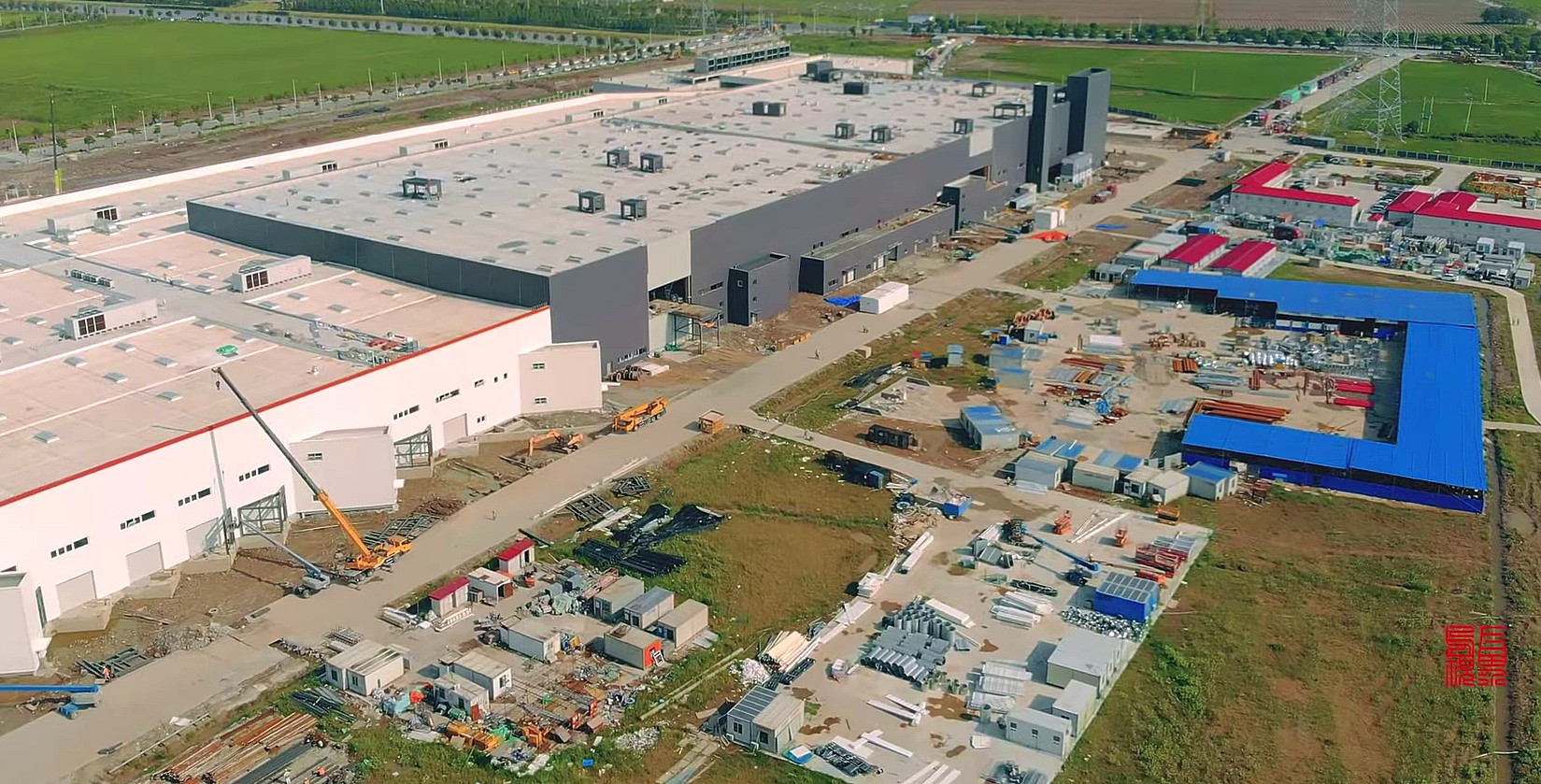 This past weekend, Tesla’s Gigafactory 3 in China faced what could very well be its first test of endurance, as the yet-to-be-completed electric car production facility caught the rains and winds of Typhoon Lekima, which made landfall between Taiwan and Shanghai on Saturday morning. As could be seen in a recent drone flyover, Gigafactory 3 was able to escape any notable damages, though large sections of its perimeter fence were blown off.

The most recent footage of the Gigafactory 3 complex was shared by Tesla enthusiast and drone operator Wuwa Vision, who conducted a flyover over Tesla’s expansive site after the typhoon. Remarkably, workers in the facility seemed to be operating as usual, both on the general assembly building and in the southwest substation. A number of workers could also be seen seemingly clearing debris around the site.

Weather experts quoted by Chinese news agency Xinhua noted that Typhoon Lekima was among the strongest typhoons to hit the region to date. The typhoon was a monster of a storm, clocking in 187km/h (116mph) winds when it made landfall. A BBC report about the typhoon noted that about one million residents were evacuated, with 250,000 of them coming from Shanghai as of Sunday. On a somber note, the drone operator noted that the death toll from Lekima’s landfall has already reached 44 people so far, and 16 more are still missing across six provinces and cities in China.

Lekima was particularly damaging to China not only because of its winds, but also because of the amount of rain it brought. The heavy rains, for one, triggered massive floods and a landslide in the city of Wenzhou, which is currently responsible for a notable number of fatalities. Videos shared across China on social media during the peak of the storm provided glimpses of Lekima’s landfall, and they are quite frightening, to say the least.

Ultimately, it appears that Gigafactory 3 was able to weather Typhoon Lekima well. Based on the recent flyover, it appears that the site escaped any flooding, despite the location being near the sea and rivers. The only indication that the Gigafactory 3 complex was battered by a violent typhoon was the state of the site’s lightweight perimeter fence, which had some of its sections ripped, bent, and toppled to the ground.

The construction of Tesla’s Gigafactory 3 has been on overdrive since it formally began last January. Elon Musk noted that he expects the facility to start producing the Model 3 before the end of the year, though local reports from Chinese media have pointed to trial production runs of the electric sedan beginning as early as September, barring any unexpected delays. It remains to be seen if the landfall of Typhoon Lekima this past weekend would adjust this timeline.

Watch Wuwa Vision’s recent flyover of the Gigafactory 3 complex in the video below.