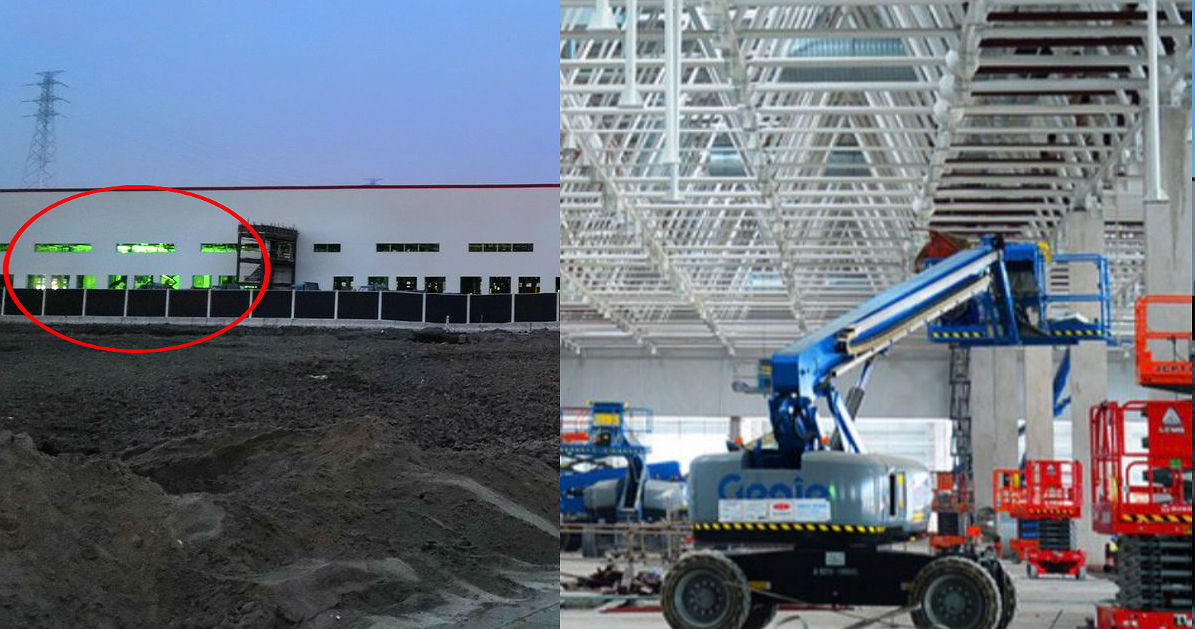 When Tesla CEO Elon Musk spoke with Chinese Premier Li Keqiang in Beijing last January, he talked about Gigafactory 3 hitting a point where it would function like a “living being.” Musk has mentioned similar plans in the past, at some points dubbing his vision of a hyper-automated factory as something similar to an “alien dreadnought,” a reference to the incredibly advanced extraterrestrial ships usually featured in sci-fi films. Recent images taken from the Gigafactory 3 site show that little by little, the Tesla CEO’s vision might very well be coming to life.

The progress of Gigafactory 3 has been particularly quick, with the Phase 1 buildout reportedly being completed by the end of May. This month, work on the facility’s interior is fully underway, with some sections entering ground hardening and other parts already getting refined. These are depicted in a set of images that were taken from Gigafactory 3’s interior on Thursday, June 20 by local Chinese media outlet 3g.163.com.

As could be seen in the June 20 images, sections of Gigafactory 3 have already been painted white, and various heavy equipment are currently operating inside. Construction materials have also been moved to the interior of the general assembly building, hinting at accelerated construction in the near future.

Also particularly interesting is an image of the expansive electric car factory on Wednesday evening. Gigafactory 3’s interior was abuzz with activity when the photo was taken, and a rather otherworldly green glow could be seen from within the facility. Considering Elon Musk’s past references to Tesla’s factories being “alien dreadnoughts,” the color choice for the facility’s interior lights was very interesting, if not a bit nerdy and humorous.

To state that Gigafactory 3’s rise is unprecedented is a gross understatement. During the facility’s groundbreaking event last January, Elon Musk noted that Gigafactory 3 would produce the first Model 3 by the end of the year, a target that was immediately met with skepticism. Tesla’s Chinese construction partner took this timeframe very seriously, and by March, Shanghai official Chen Mingbo called for the Phase 1 buildout of the site to be completed by the end of May.

After the completion of Gigafactory 3’s Phase 1 buildout, the facility is set to undergo ground hardening in June. This is expected to be followed by pipeline communication, equipment stationing, equipment commissioning, and trial electric car production runs. Barring any unexpected delays, such as Tesla being unable to ship its Model 3 manufacturing equipment to Gigafactory 3 on time, the initial production of the electric sedan could begin as early as September, or even late August.