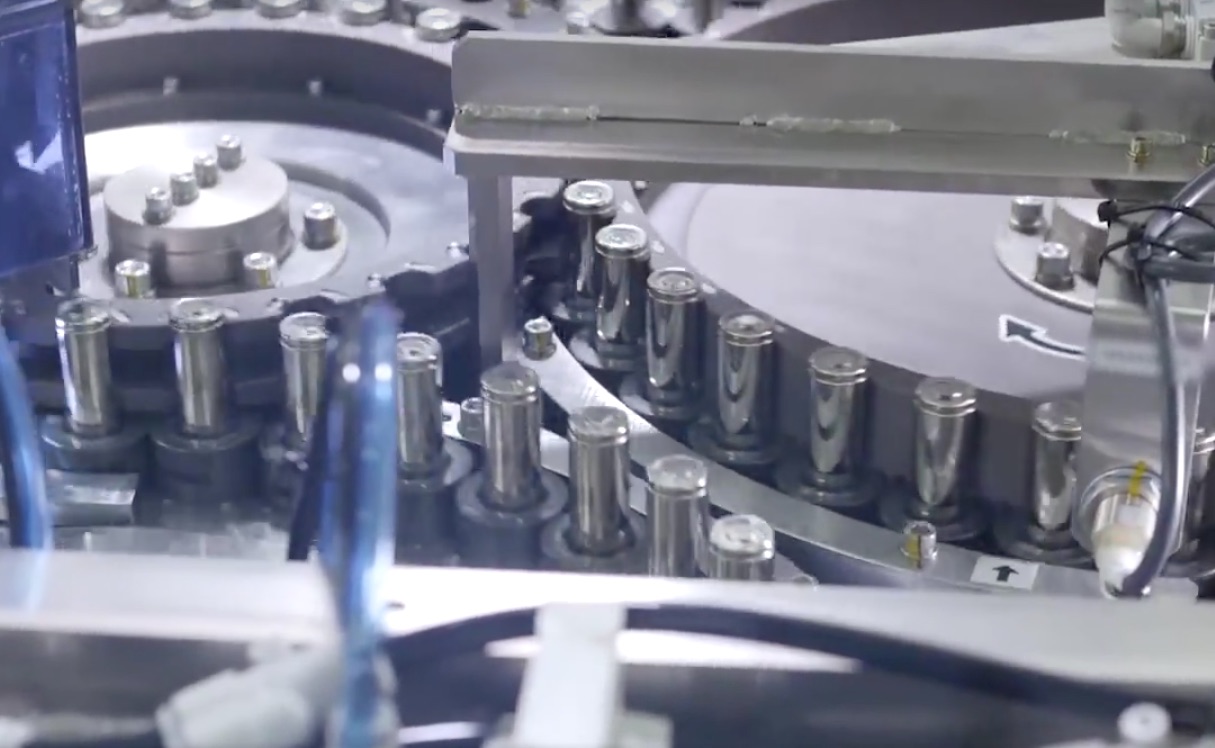 Following yesterday’s announcement that Tesla has begun mass production of lithium-ion “2170” battery cells, to be used in the company’s residential and commercial battery system and Model 3 sedan, Tesla took to social media today to reveal a teaser video showing hundreds of lithium-ion cells being transported through the battery production line.

“We’ve flipped the switch on cell production at the Gigafactory” reads Tesla’s description of the video.

Tesla’s Gigafactory, in its current state of construction, is approximately 30% the total size when complete. Tesla CEO Elon Musk once said that the Gigafactory will be capable of producing more lithium-ion batteries in one year than were produced worldwide in 2013. The serial tech entrepreneur has also described the pace of battery cell production as being similar to bullets from a machine gun. “In fact, the exit rate of cells will be faster than bullets from a machine gun.” says Musk.