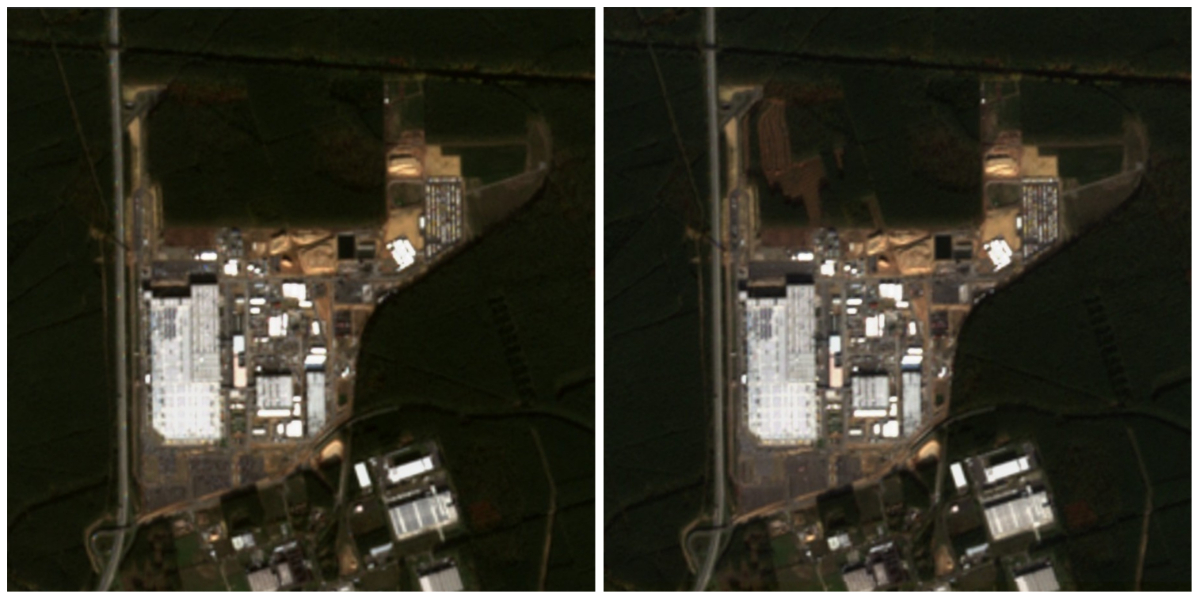 Tesla Gigafactory Berlin is expanding, and progress on the early stages of land development has officially begun.

Tesla has started clearing additional trees from the property, according to drone operators who followed the Gigafactory Berlin property this weekend.

Tree clearing began this past weekend and considerable progress has already been made, according to satellite images shared by Tobias Lindh, a self-labeled “local observer of Giga Berlin.” Tesla is preparing the application to build additional buildings and plans to submit it by the end of the year. Tesla started clearing trees on Friday.

Tesla plans to replace the trees three-fold in other pre-selected areas.

Satellite images of #GigaBerlin from Friday and Sunday show the progress of tree clearing for the expansion. pic.twitter.com/jRSxTTEFEW

Tesla will expand Gigafactory Berlin to increase the plant’s overall production capacity, which currently sits at greater than 250,000 vehicles. However, the company is making drastic steps to increase its ability to build cars as electric vehicle adoption in Europe continues to climb through 2022.

As Tesla awaited approval from German authorities to build vehicles in Berlin, the automaker imported vehicles from its China production facility to supplement demand. Gigafactory Berlin gained production approval in early 2022, and Tesla started delivering vehicles shortly after, but it an extending order log is being compounded by limited production ability as the factory is still ramping production.

While Tesla can develop the land, it will still have to wait for approval to begin construction of the new production buildings on site. Tesla combated and sparred with local authorities and environmental groups during the construction of the initial Gigafactory Berlin structures, as local residents argued the vehicle production facility had numerous environmental disadvantages.

These groups have already commented on Tesla’s proposed expansion of Gigafactory Berlin, as the Association for Nature and Landscape in Brandenburg said, “Tesla does not control the current production. There are always disruptions in operations that pose a risk to people and the environment.”