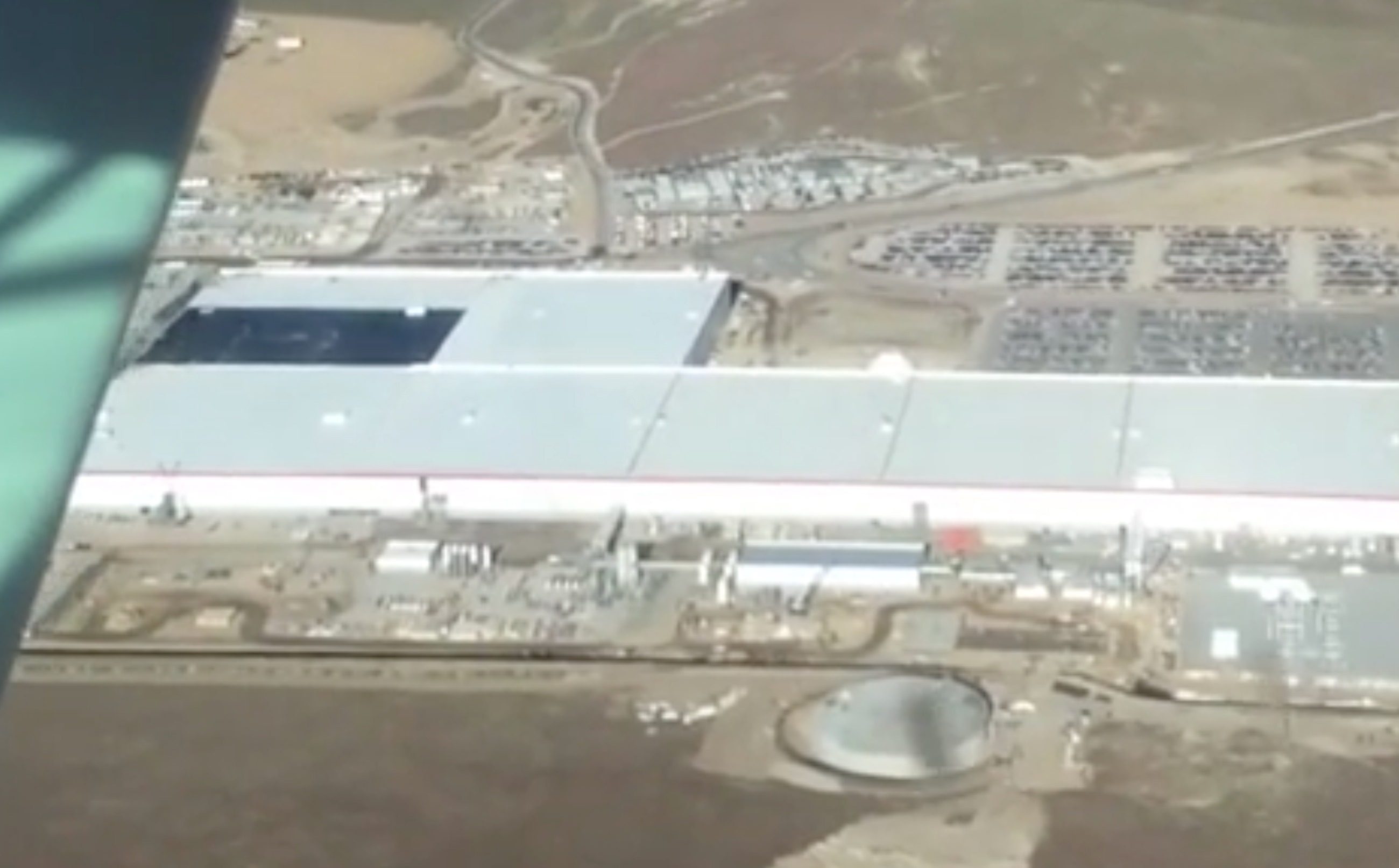 Following our recent report that Tesla’s Gigafactory 1 was issued a new permit for the construction of a $28M “Section G”, an updated flyover video shot on May 4 reveals just how quickly the footprint of the plant continues to scale.

Gigafactory 1 located outside of Reno has already spent over $1 billion in construction costs since 2014, and expected to spend billions more as the massive battery factory expands beyond its 1.9 million square feet footprint.

“We are still less than 30 percent done. Once complete, we expect the Gigafactory to be the biggest building in the world.” said Tesla early this year when it announced that 2170 battery cell production had begun at the plant. The new high performance cylindrical battery cells were initially produced only for use in Tesla’s Powerwall 2 and Powerpack 2 energy products, but later extended its use to the Model 3 battery pack, also being produced at the Gigafactory.

With roughly two months remaining before Tesla’s highly anticipated Model 3 launch event arrives, one can expect the Gigafactory to have already begun fine tuning the production line for the vehicle’s battery modules, as well as the motor and drivetrain assembly, which Nevada governor Brian Sandoval revealed would be produced at the Gigafactory.

When complete the massive factory is expected to cost upwards of $5 billion and support close to 10,000 jobs, up from a previous estimate of 6,500 jobs. Tesla CEO Elon Musk recently said during a company’s earnings call that plans for a second, third and fourth Gigafactory will be announced by the end of the year.