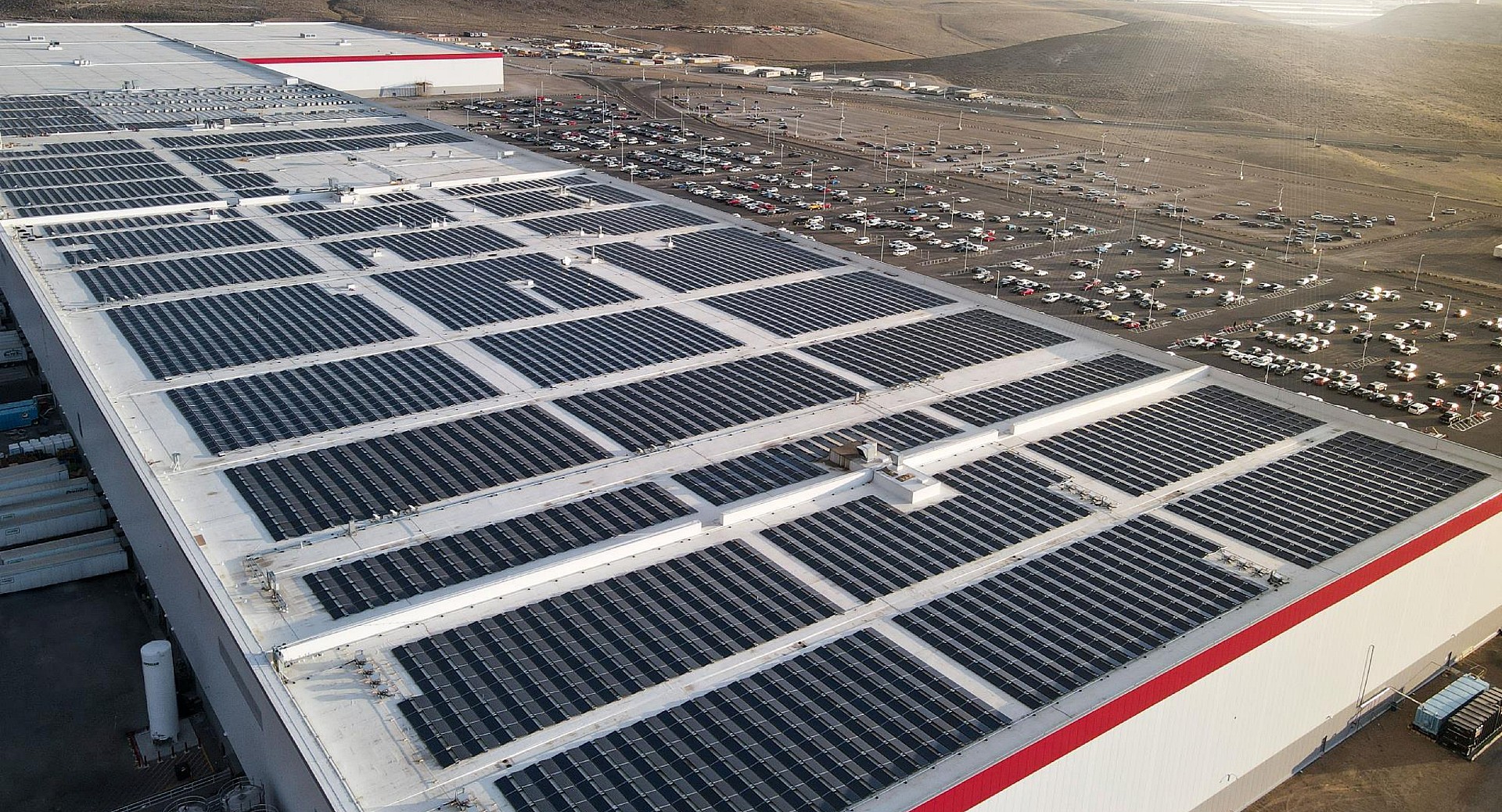 Tesla will completely cover its Nevada Gigafactory in solar panels by the end of 2022, the company said in its 2020 Impact Report.

Over the past several years, the Tesla Gigafactory in Nevada has flown under the radar, not getting the attention the facility really deserves. Understandably, Tesla investors and enthusiasts alike have been focused on the ramping of Tesla’s other assembly plants, like Giga Texas and Giga Berlin. However, the Nevada Gigafactory is still a powerhouse facility, providing batteries and electric powertrains for the company’s all-electric vehicles and energy storage products. In 2018, it became the highest-volume battery plant in the world, reaching an annualized rate of roughly 20 GWh.

However, the factory, which houses 5.3 million square feet of operational space, is still not complete to the point that Tesla would like it. One of the biggest projects Tesla has had going on at the factory is the deployment of solar panels across the building’s roof, completely covering the top of the plant and providing sustainable energy that will fuel the production of powertrains and batteries at the facility.

Tesla plans to complete this project by the end of next year, it said in the 2020 Impact Report, released earlier today. The company said:

“Gigafactory Nevada was designed to be covered with solar panels. To date, we have installed solar panels with a capacity of 3,200 KW. This installation will grow to about 24,000 KW–the whole roof of the current building structure–by the end of next year. This will make it the largest rooftop solar installation in the U.S.”

The project has been coming along for several years, but not in the accelerated fashion that the company or its investors expected. Teslarati has routinely tracked and reported on the batches of solar panels the factory has had installed on it. However, it has been a very deliberate process, and only about 20-30% of the roof was covered in April 2021 when the most recent addition of solar panels was installed. The project has been ongoing since February 2018.

The addition of solar panels to the entirety of the Gigafactory roof would make the facility one of the most sustainable buildings on Earth, eliminating any concerns about the use of fossil fuels to create sustainable energy products. However, Tesla may not stop at the current factory, as it hinted toward installing solar panels on other facilities in the future as well.

“We are installing solar panels at other locations, too, such as our Fremont Factory, Lathrop factory, and Gigafactory New York.”

You can read Tesla’s full Impact Report below.