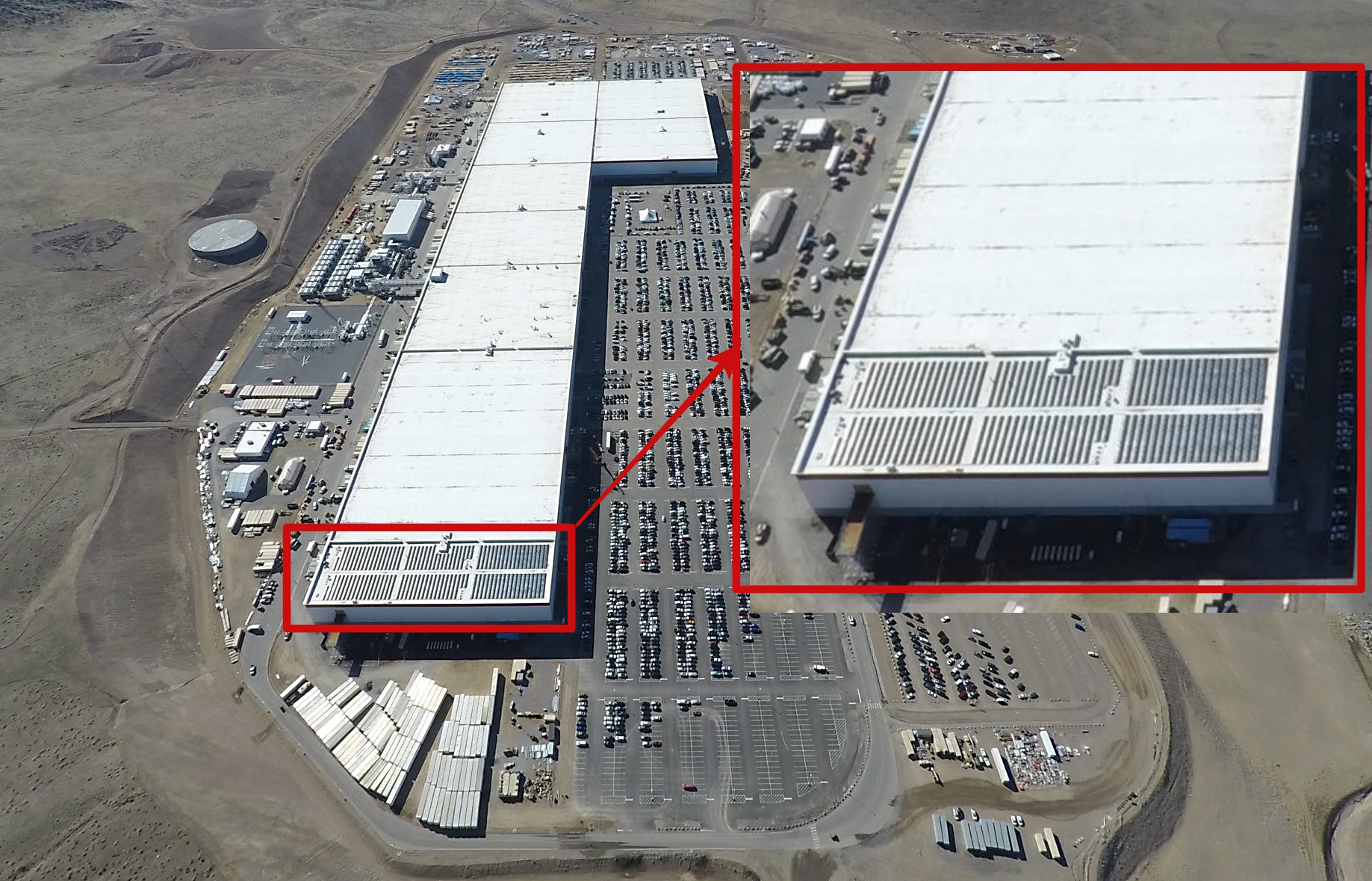 Recent aerial photographs obtained by Teslarati show that Tesla’s installation of its rooftop solar array for Gigafactory 1 outside of Reno, Nevada is progressing well. As could be seen in the images, which were taken on March 12, 2018, the California-based electric car and energy company has installed six sets of solar panels on the north end of the facility so far.

Gigafactory 1 was designed with sustainability in mind. Tesla’s description of the sprawling facility alone states that the factory is set to be powered exclusively by renewable energy sources, including a massive solar array that would be installed on its roof. In Tesla’s handout for an investor event, the Elon Musk-led firm described its plans of installing the largest rooftop solar array in the world and the system’s impressive specs. As the facility started taking form, however, the Nevada Gigafactory’s solar panels have proven elusive.

“GF1 is an all-electric factory with no fossil fuels (natural gas or petroleum) directly consumed. We will be using 100% sustainable energy through a combination of a 70 MW solar rooftop array and solar ground installations. The solar rooftop array is ~7x larger than the largest rooftop solar system installed today.”

Leaked images of the first set of solar panels in Gigafactory 1’s roof were released by Building Tesla late last month. The publication, which tracks the progress of Tesla’s structures over time, was able to get a snapshot of the rooftop solar array on February 21, 2018. During that time, only one set of solar panels were completed, and another one was being installed.

If Teslarati’s aerial photos are any indication, it seems like Tesla was able to install almost five more sets of solar panels over the last couple of weeks. Here are the photos we obtained of Gigafactory 1. 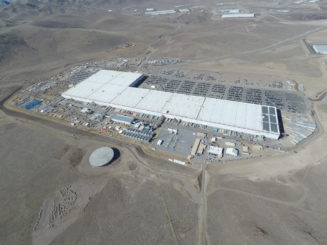 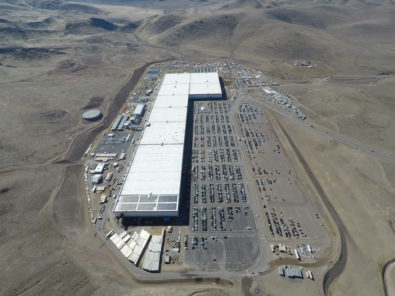 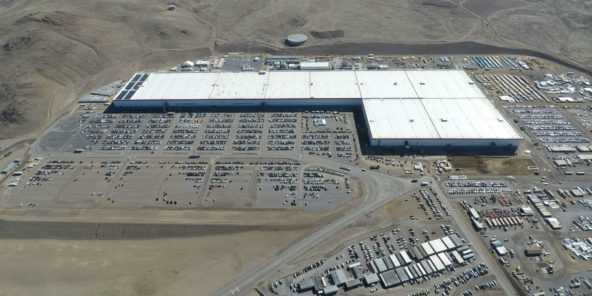 An aerial shot of Gigafactory 1 outside Reno, Nevada, taken during a flyover on March 12, 2018 and showing Tesla’s ongoing construction of a rooftop solar array. [Credit: Teslarati]

Now estimated to cost more than $1.3 billion in construction costs, the Nevada Gigafactory is still only a fraction of its planned size. Nevertheless, it is heartening to see that Tesla is starting the construction of the Nevada Gigafactory’s photovoltaic system. It does, after all, fit in well with the company’s current strategy of growing from within and optimizing its existing facilities before expanding its physical footprint.

As we noted in a previous report, Gigafactory 1’s footprint has been the same since August 2017. Reports from Buildzoom, however, reveal that the facility has seen a flurry of activity last year, with the Elon Musk-led firm filing 112 new building permits for Gigafactory 1 in 2017. The improvements, which cost Tesla another 379.9 million, included 50 addendums — enhancements for facilities already in operation — including upgrades for its microgrid laboratory, chiller yard, and general improvements in Sections F and G. A permit for a metrology lab, which would ensure that components are manufactured according to specifications, was also filed.