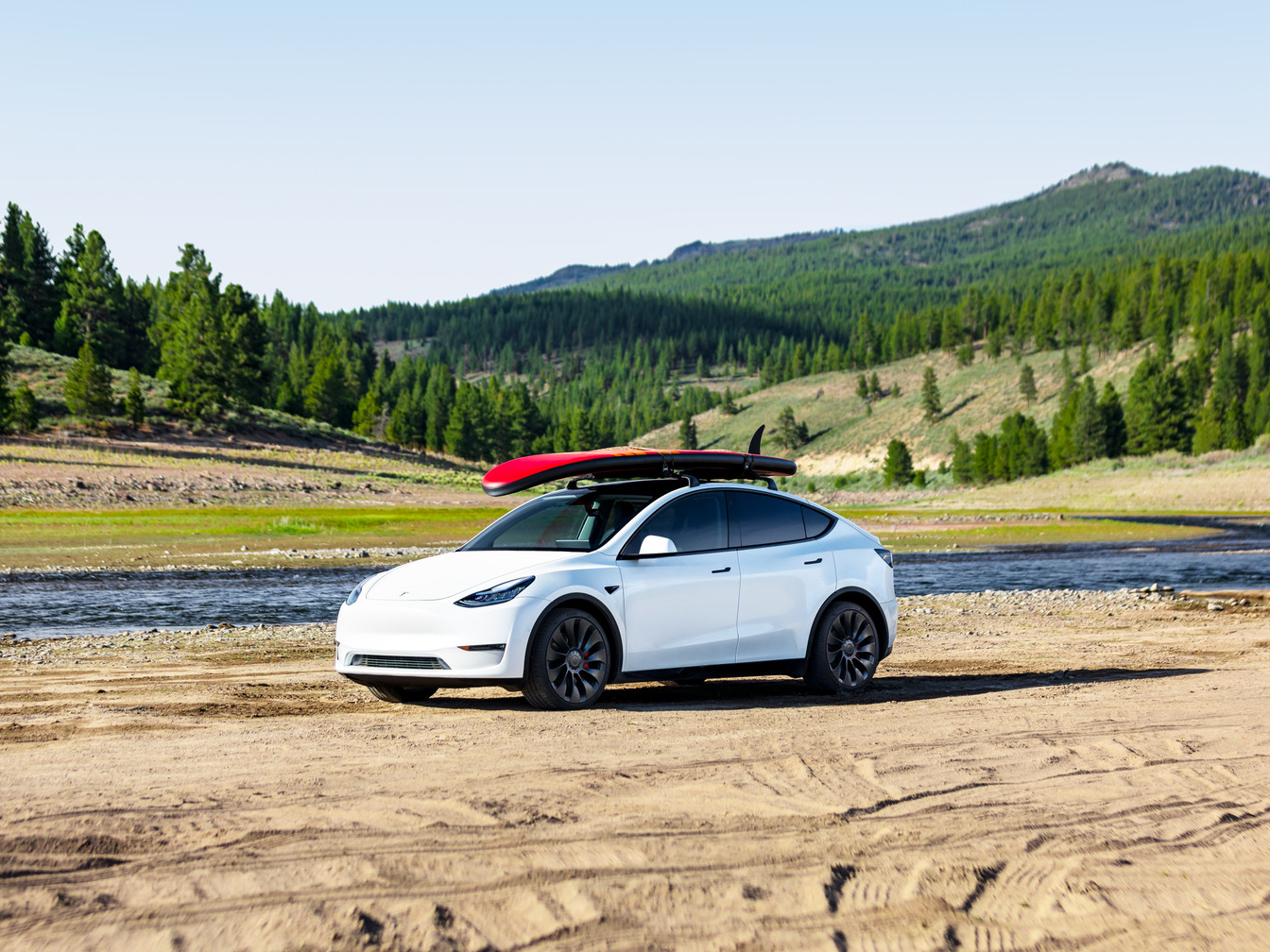 Tesla has confirmed that it still is on track to manufacture the Model Y crossover at both the Giga Texas and Giga Berlin plants in 2021 as construction at both facilities continues. Additionally, the news confirmed that the Cybertruck is taking a backseat to the Model Y, ending speculation of what vehicle Tesla would manufacture first at its Texas-based production plant.

After Tesla announced that it would be building its second automotive manufacturing facility in the United States just outside of Austin, Texas, CEO Elon Musk confirmed the plant would be home to Model Y and Cybertruck production. Among other vehicles that will also be produced at the plant, the long-awaited anticipation for Tesla’s first pickup and updates regarding increased production of its overwhelmingly popular crossover took center stage. For months, Tesla enthusiasts wondered one thing: Would Elon Musk prioritize the mass-market all-electric crossover Model Y, or would he begin chipping away at the one million-plus reservation list for the futuristic and unique Cybertruck.

Tesla gave its answer in the Q2 2021 Earnings Call Update Letter, where it detailed that the Model Y will take priority in Texas and Berlin.

The automaker dove into the developments but didn’t give much detail into the decision-making process.

“We believe we remain on track to build our first Model Y vehicles in Berlin and Austin in 2021,” the company wrote. “The pace of the respective production ramps will be influenced by the successful introduction of many new product and manufacturing technologies, ongoing supply-chain related challenges, and regional permitting.”

Tesla’s Texas plant is set to become the largest manufacturing facility in the United States, overtaking the massive Kia assembly plant in West Point, Georgia, upon completion. Although neither Tesla nor Musk have revealed details about Giga Texas’ potential production capacity, the site is monumentally larger than Fremont, which has a capacity of 600,000 cars annually. It wouldn’t be a surprise if Tesla could double its total manufacturing capacity with Giga Texas alone.

It appears that the bottleneck related to Cybertruck production may be related to industrialization. Musk has stated in the past that Tesla has finalized the Cybertruck’s design, but its materials and suppliers may still be up in the air.

“We are also making progress on the industrialization of Cybertruck, which is currently planned for Austin production subsequent to Model Y.”

Tesla’s plans to begin production by the end of 2021 at both new facilities should be a massive advantage for the automaker moving into 2022. While other companies continue to ramp their introductory electric models, Tesla will be eclipsing an annual production rate of two million vehicles, as current projections place the automaker at roughly 1,050,000 units a year. Although the Cybretruck won’t be the first vehicle to roll off production lines in Texas, it will be ready shortly after.

Tesla beat Wall Street estimates by posting a revenue of $11.958 billion, non-GAAP Earnings per Share of $1.45, profitability of $1.3 billion, and a free cash flow of $619 million.