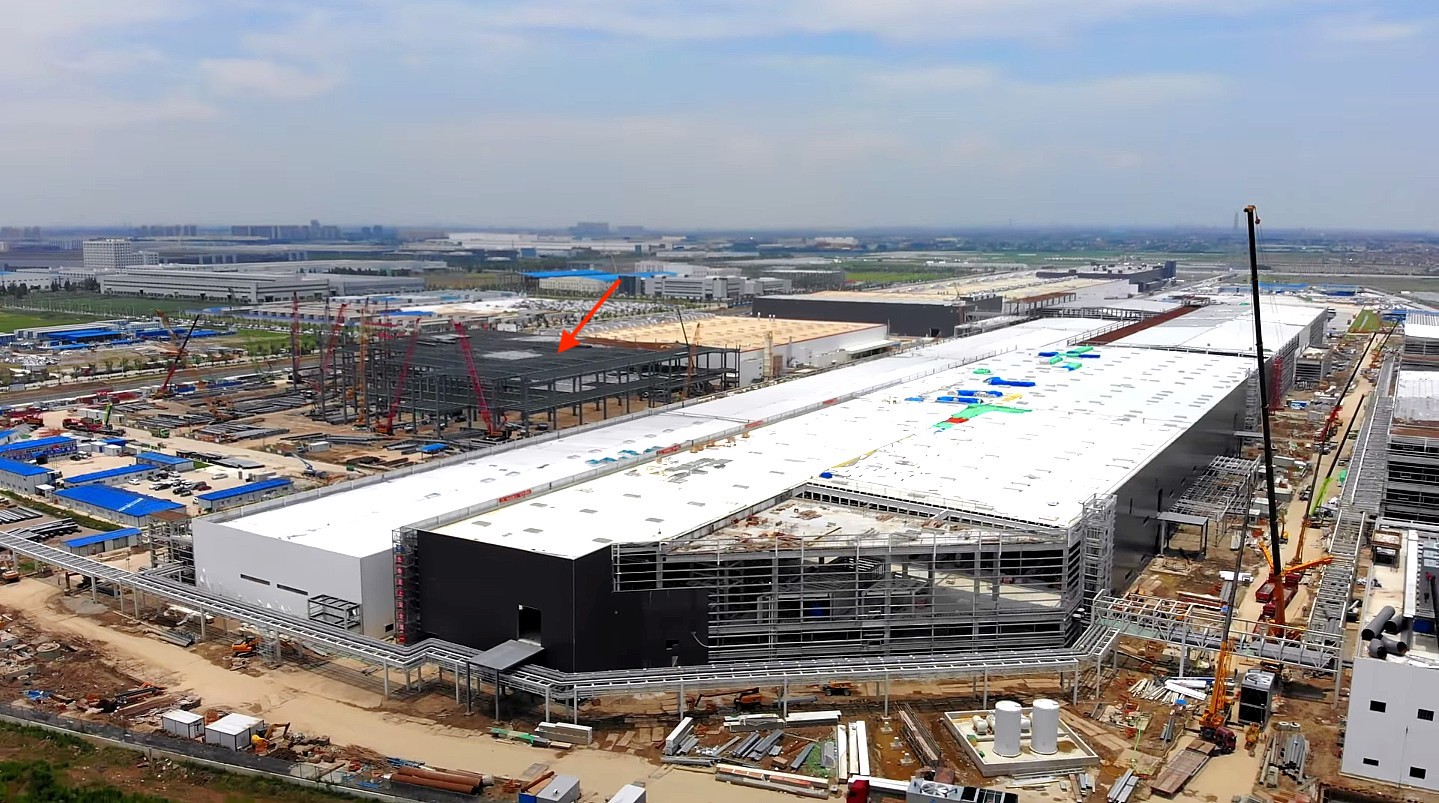 The expansion of Tesla Gigafactory Shanghai has been largely focused on the Model Y factory for a few months now. But amidst all the activity surrounding the Phase 2 sections of the Gigafactory 3 complex, a new addition is also rising right beside the company’s battery pack assembly building. Reports indicate that this location will house a powertrain facility, which would support the China-based site’s Model 3 and Model Y production.

Recent drone flyovers of the Gigafactory Shanghai complex show that the entire site is abuzz with activity. In the Phase 2A area, where the Model Y factory is being built, workers are busy laying the building’s floors with cement. The roofing of the massive factory is also practically done, and walls are being set up. In the nearby Phase 2B zone, whose purpose is yet to be revealed by Tesla, work is progressing quickly as well.

But this does not mean that the Phase 1 section of the Gigafactory 3 complex has become silent. Just beside the battery module and pack production facility, another structure is taking form. Based on the framework of the new building, it appears that this new structure would be around the same size as Gigafactory 3’s existing battery facility. Local reports suggest that this new site would house a powertrain assembly line, which would make sense considering its location.

Provided that recent local reports are accurate, Gigafactory Shanghai may be poised for a smooth ramp of the Model Y. With a facility that is specifically dedicated to the assembly of powertrains, Tesla China would likely be able to produce vehicles at substantial numbers without much challenges. Such a facility could help support the volume of vehicles that will be coming out of the complex as well, considering that the Model Y, being a crossover, is expected to sell more than the Model 3.

The pace of Gigafactory Shanghai’s current buildout is only getting more impressive with time. Last year, the facility stunned the automotive industry and embarrassed critics by beginning Model 3 production less than one year since its groundbreaking event. This year, the construction remains rapid, but the scale of the ongoing buildout is far larger than the previous year’s. The Model Y factory is only Phase 2A of the complex, after all, but work is already underway for the yet-to-be-announced Phase 2B zone.

Watch the recent flyover of Tesla’s Gigafactory Shanghai complex in the video below.