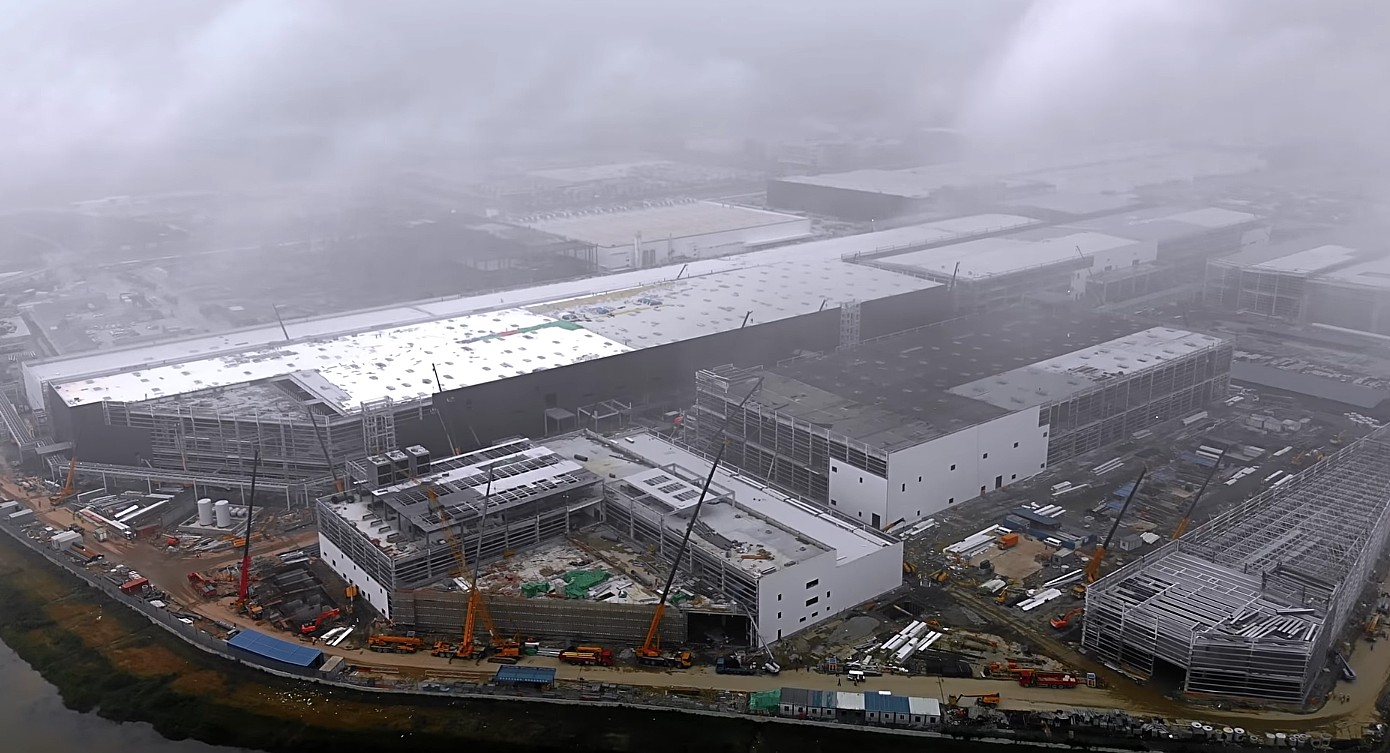 The pace of Gigafactory Shanghai’s construction has reached a point where it is now normal to see massive buildings being built from the ground up in but a few months. Over the past few months, all eyes were focused on the site’s Phase 2A zone, which happens to be the upcoming Model Y factory. Recent flyovers of the Gigafactory Shanghai complex show that the construction activities in the area are now going far beyond the Model Y plant.

As could be seen in a recent video posted by Tesla enthusiast and drone operator Jason Yang, the Model Y factory in Gigafactory Shanghai is quickly coming to form. The massive facility, which looks very similar to the Model 3 factory constructed a year prior, is now getting its floors paved with concrete. The facility’s roofing is also being refined, and some walls are now being put up.

This is impressive in its own right, and it hints at the possibility of the Model Y’s initial trial production runs being held sooner rather than later. With the pace of the factory’s construction in mind, it would not be surprising if trial production runs of the all-electric crossover are held sometime within this year. Tesla seems to be following this timeframe somewhat, with the company noting that Model Y deliveries to local consumers could start in 2021.

But another story is forming right beside Tesla’s expansive Model Y factory in China. A look at the drone footage of the Gigafactory Shanghai complex reveals that the Model Y facility is only one of several buildings that are being constructed rapidly. Granted, the all-electric crossover’s production plant seems to be progressing a bit faster, but the other buildings beside it are pretty much catching up.

What is interesting is that Tesla has so far been very quiet about the nature of these upcoming structures. Back in the days of the Phase 1 zone’s construction, it was evident that Tesla was building three primary structures: a Model 3 factory, a battery pack assembly building, and a substation. The purpose of the other buildings in the Phase 2 zone apart from the Model Y factory itself has remained rather mysterious to date.

Things become even more interesting when one looks at the plans that Tesla China shared for the completed Gigafactory Shanghai complex. As of late last year, Tesla China’s plans show four major structures that would comprise the completed Gigafactory. Interestingly enough, the new structures beside the Model Y factory seem to be absent in the plans that the company has shared to date.

The purposes of Gigafactory Shanghai’s new buildings remain unknown for now, though it would definitely be interesting to see exactly what the new structures would be once they are finished. This is especially notable considering that the site already has a battery pack and powertrain assembly facility and a power station. Perhaps the new buildings will be used for administrative purposes, or perhaps they will be used for storing completed cars, or maybe even the assembly of energy products? Time would tell.