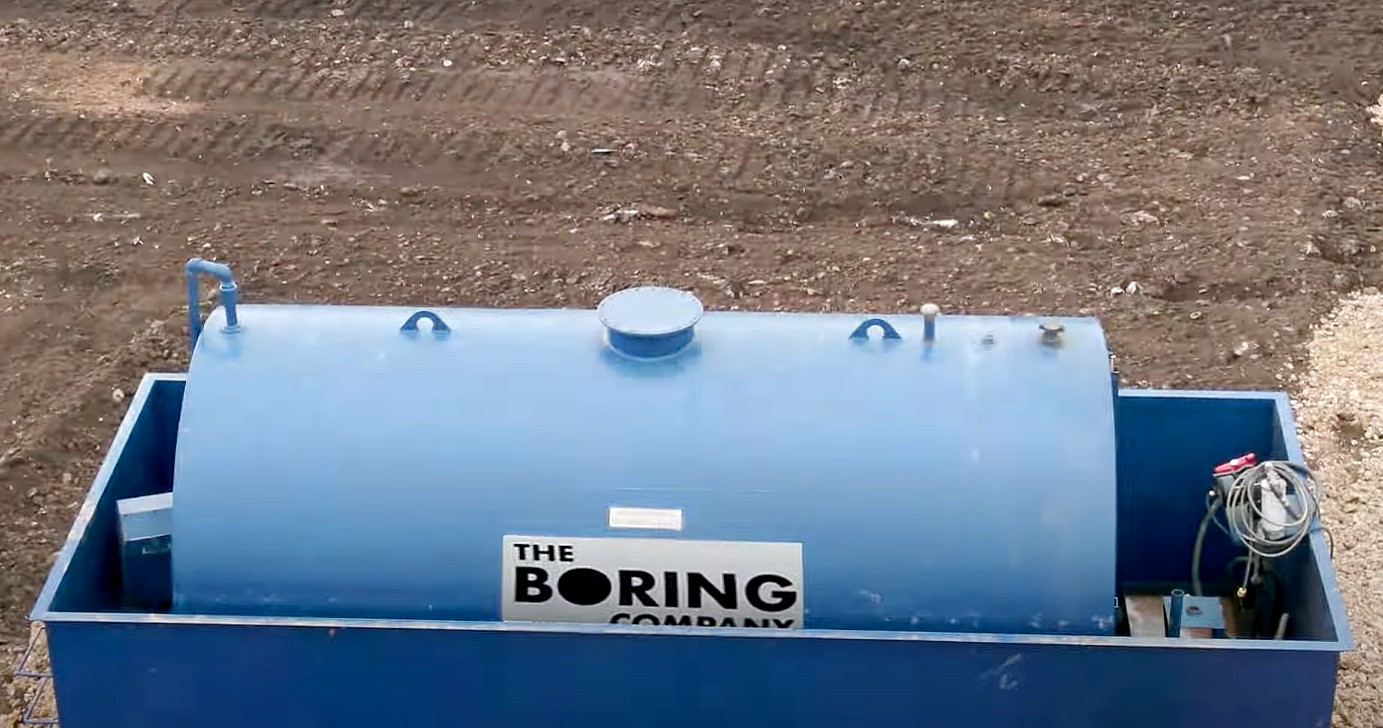 A recent flyover of the Tesla Gigafactory Texas site has revealed something rather interesting and unexpected: amidst the growing number of machinery on the location lay some equipment labeled with the logo of Elon Musk’s tunneling startup, The Boring Company.

An image of the rather cryptic Boring Company equipment was shared on YouTube by drone operator Jeff Roberts, who has been documenting Gigafactory Texas’ developments since the plant’s construction began. Roberts’ footage was brief, though it depicted what appeared to be a fuel or water tank with the Boring Company’s now-unmistakable logo.

Details about the Boring Company equipment on the Giga Texas site are still very slim for now, of course, though the presence of the tunneling startup’s equipment in the same area as the electric car maker’s newest and possibly largest plant opens a lot of possibilities. For example, Tesla could leverage some Boring Company technologies for Giga Texas’ operations, similar to what Elon Musk suggested three years ago for the Fremont Factory.

During an earnings call in February 2018, then-CTO JB Straubel admitted that issues emerge when transporting materials to the Fremont Factory, especially when there are multiple shipments involved. Musk followed this up by noting that Tesla is looking to build tunnels using The Boring Company’s technology to connect the Fremont Factory to the company’s dedicated car seat plant, located a few miles away.

Such a concept would be a great fit for Giga Texas considering the massive size of the complex. Building underground connections within the Giga Texas site would also mean that the tunnels themselves would be short, allowing the Boring Company to build them quickly. This could play a useful role in optimizing Giga Texas’ operations, especially considering Tesla’s plans to open a battery plant in the location.

The Boring Company has started to establish its presence in the Lone Star State, with reports back in December noting that the tunneling startup has leased an industrial space with two buildings in Pflugerville, Travis County, Texas. The building, which is located about 23 miles away from Giga Texas, is built on 14 acres of land. The Boring Company has also initiated a hiring ramp for employees who will be based in Texas.

Check out Jeff Roberts’ recent flyover of the Giga Texas site in the video below.