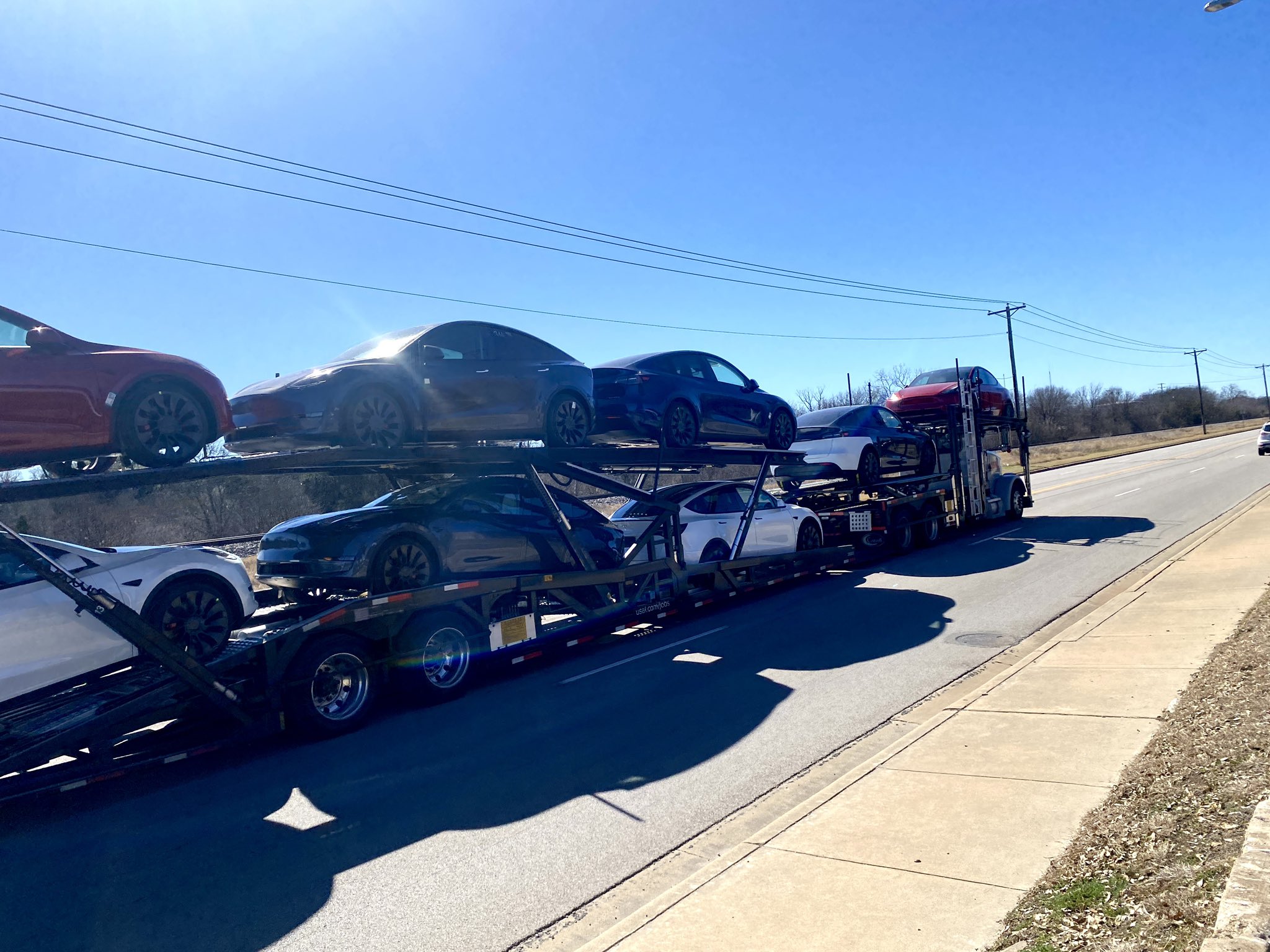 Tesla Model Y vehicles were spotted leaving Giga Texas on car carriers recently. The sighting hints that Tesla’s goal to deliver Giga Texas-made Model Ys to customers by the end of the first quarter is going according to plan.

“So in Texas, we’re building the Model Ys with the structural battery pack and the 4680 cells, and we’ll start delivering after final certification of the vehicle, which should be fairly soon,” Musk said at Tesla’s Q4 and Full Year 2021 earnings call.

Drew Baglino, Tesla’s Senior Vice President of Powertrain and Energy Engineering, added that the company was making “meaningful progress of the ramp curve in Kato,” where Tesla is currently producing 4680 cells in a pilot line. He shared that Tesla was building 4680 structural battery packs every day and assembling them in Giga Texas vehicles.

“And we believe our first 4680 vehicles will be delivered this quarter,” Baglino stated. “Our focus on the cell, the pack, and the vehicles here is driving yield quality and cost to ensure we’re ready for larger volumes this year as we ramp and next year. And the 4680 and pack tool installations here at Giga Austin are progressing well, with some areas producing the first parts.”

The journey of Tesla’s 4680 cells has been long and filled with challenges, so seeing Model Y vehicles equipped with the batteries is exciting to those following its developments. Tesla unveiled its 4680 cells during Battery Day in September 2020. By Q2 2021, Tesla admitted to facing challenges with its 4680 pilot production line in Kato Road, mainly when it tried to transition from small-scale production to large volume production.

Watch the video below to see Giga Texas’ latest developments.