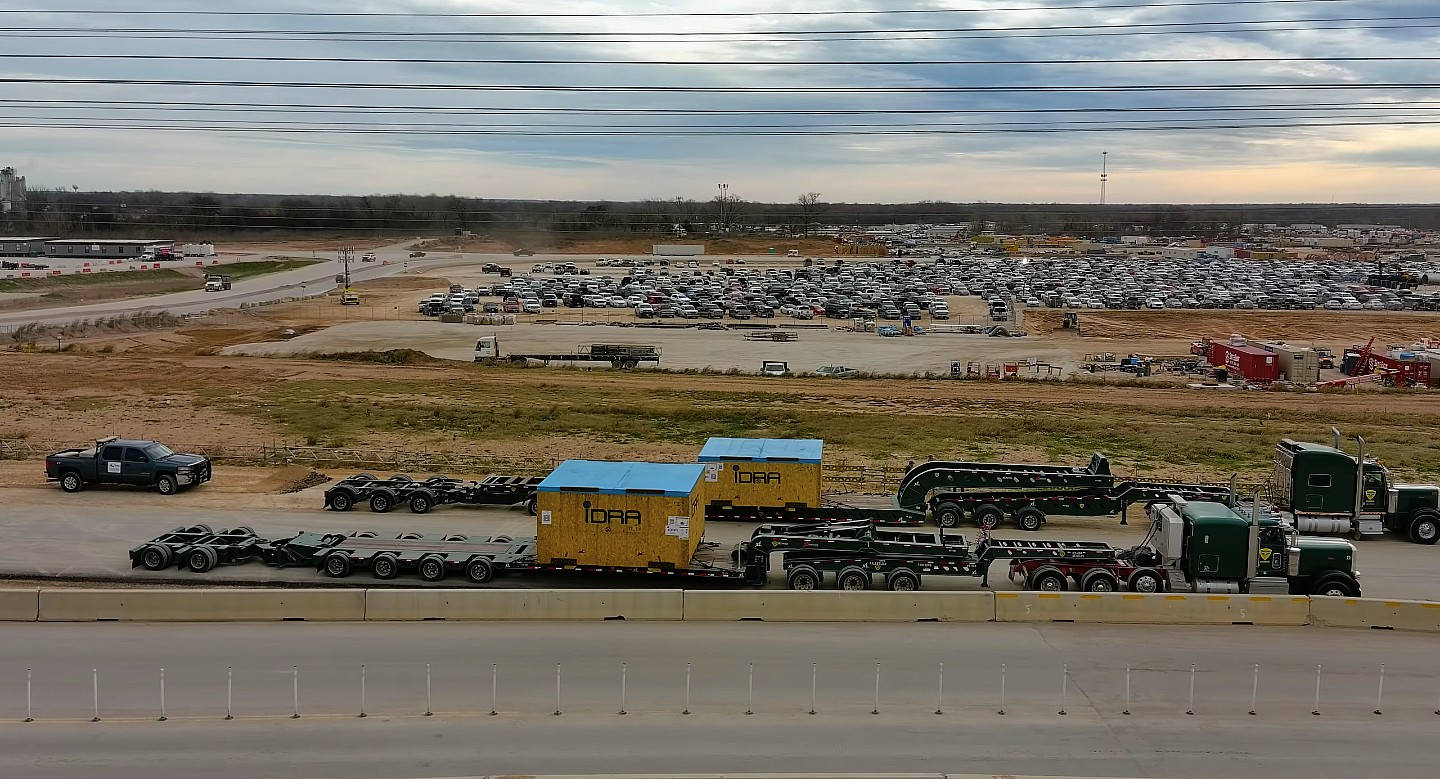 Recent drone flyovers at the Gigafactory Texas site have revealed that Tesla is currently receiving what appears to be a new batch of Giga Press parts. If the new shipments are for the Model Y’s 6,000-ton die-casting machines, it would suggest that Giga Texas would soon have four of the house-sized contraptions.

During a flyover on Tuesday, drone operator Jeff Roberts, who has been following the progress of the Giga Texas complex since its earliest days, was able to capture images of two massive crates from IDRA. IDRA is an Italy-based company that has been supplying Tesla with the machines needed to manufacture megacasts, which are used for the Model Y’s front and rear underbody.

The sightings of the new IDRA shipments at Gigafactory Texas are quite exciting. Tesla, after all, has been setting impressive new records over the past year with just two functioning Giga Presses in the Fremont Factory. The fact that Giga Texas seems poised to have twice the number of Giga Presses as the Fremont plant suggests that the Austin-based factory would likely produce Model Ys at far larger volumes than before.

With the arrival of what appears to be the fourth 6,000-ton Model Y Giga Press, all eyes are now on the Giga Texas complex for the first signs of IDRA’s 8,000-ton Giga Press. The 8,000 ton Giga Press would be used for the Cybertruck’s underbody, and it would truly be one of the largest of its kind in the market. In an announcement last year, IDRA noted that it had received an order for an 8,000-ton Giga Press around March 2021. It will then be unsurprising if parts of the giant machine end up being sighted in the Giga Texas complex soon.

“The first-ever order for an 8,000-ton machine has now been received in March 2021. We are so excited about taking the idea of the Giga Press a step further and applying it directly to the SUV and truck market, which is an area, until now, not fully explored. Full electric trucks for transportation of goods used by companies such as DHL or Amazon can enlarge the market of Giga Press,” IDRA General Manager Riccardo Ferrario said.

Watch a recent drone flyover of the Giga Texas site in the video below.