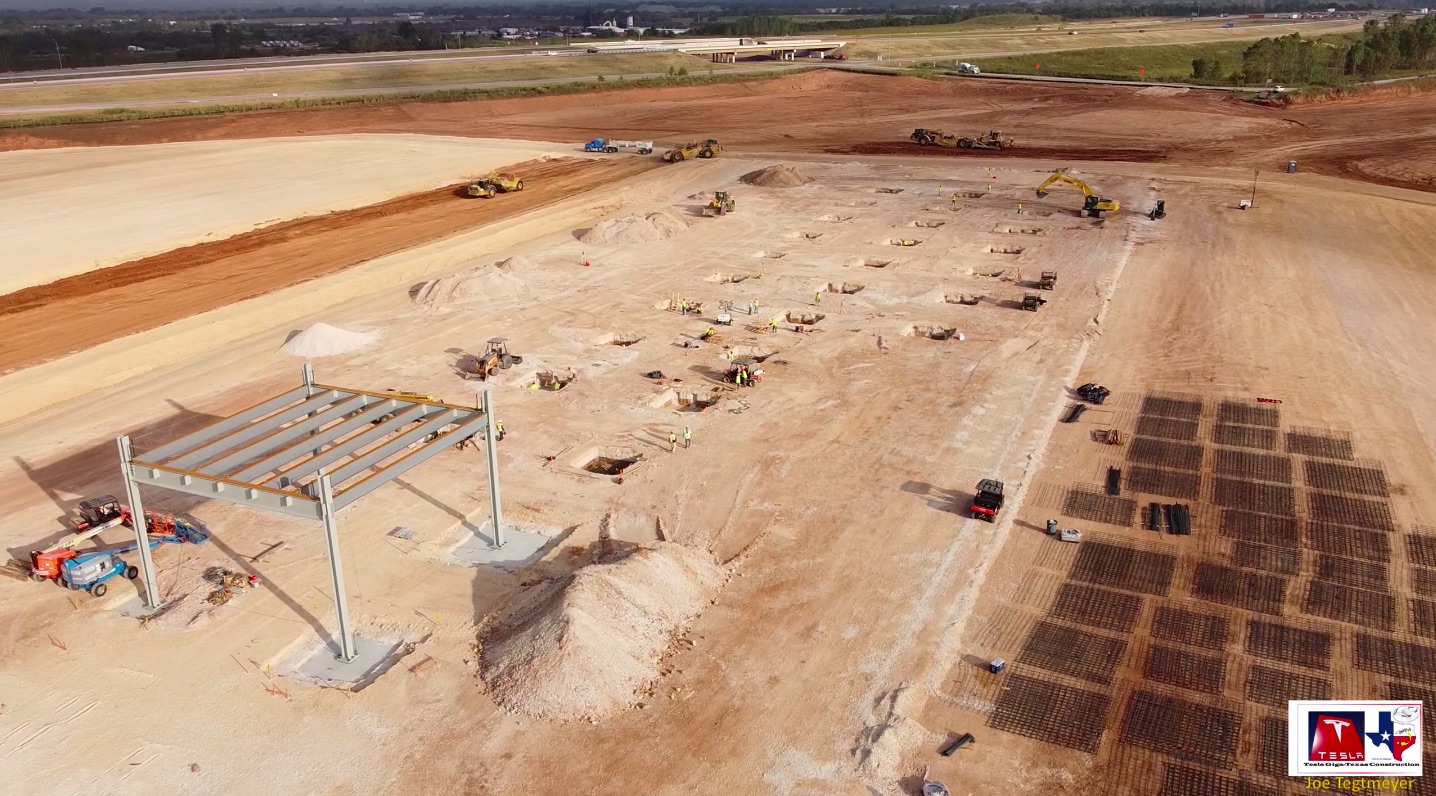 Tesla’s Gigafactory Texas is poised to be the electric car maker’s most impressive factory yet, manufacturing vehicles like the Cybertruck, Semi, Model Y, and Model 3. The progress of the factory’s construction has been very impressive, with the facility’s building areas being prepared over the past few months. And now, recent drone flyovers of the site have revealed that Giga Texas’ first potential permanent structure is already being set up.

This past weekend, the electric car community was quite surprised to see a structure being set up on the grounds of Gigafactory Texas. Tesla owner-enthusiast Joe Tegtmeyer, who has been documenting the progress of the upcoming facility, has managed to get some information about the project in his recent trip to the site. An on-site source then suggested something notable, informing the Tesla owner that the structure would be part of Gigafactory Texas’ paint shop.

If accurate, this is quite an interesting update, considering that expectations are high that Gigafactory Texas will start its operations with the production of the Cybertruck. The Cybertruck, after all, is on a race of sorts to market, considering that competitors like the Rivian R1T are expected to start customer deliveries next year.

Granted, the other vehicles that are poised to be manufactured at Gigafactory Texas like the Tesla Semi would require a paint shop and stamping press. The same is true for the Model 3 and Model Y. However, one could not help but be a bit surprised at the notion that a facility which is unnecessary for the Cybertruck’s production is the first structure being built on the Giga Texas complex.

To state that the Cybertruck is Gigafactory Texas’ primary product is an understatement. Back in March, Elon Musk actually called the site as the “Cybertruck Gigafactory” on Twitter, before stating that the location will also host Model Y production for the East Coast of the United States.

These statements, if any, highlight just the significance of the Cybertruck to Gigafactory Texas. It now remains to be seen if Tesla would start building portions of the upcoming factory that are dedicated for the all-electric pickup truck’s production soon, or if structures more relevant to the Semi, Model Y, and Model 3 will be constructed first.