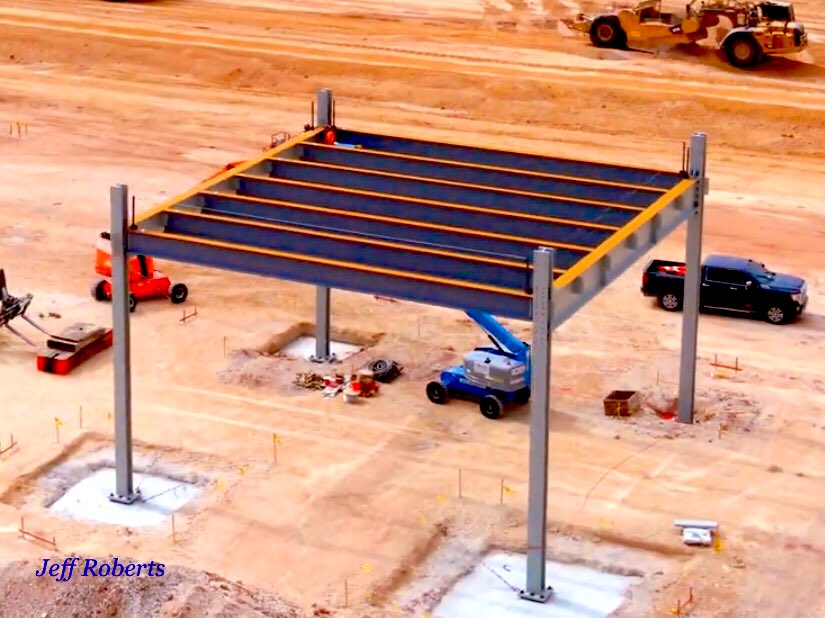 Tesla accelerated Gigafactory Texas’ construction on Saturday, October 17. As could be seen in recent images and footage taken of the massive complex, the first pillars of the upcoming Cybertruck facility have been raised, signaling the start of yet another Tesla Gigafactory in the works.

Tesla announced the location of its Cybertruck Gigafactory in Texas just last quarter during its Q2 earnings call, and work has been pretty much nonstop since. With the land cleared and prepped for construction, Tesla’s Texas site looks similar to Giga Berlin just a few months ago when its pillars were about to be set up.

Based on pictures and videos of Tesla’s Texas site, there may be slight differences between Giga Berlin and Giga Texas in terms of how they will be built. For instance, Giga Texas appears to favor metal columns instead of concrete. This seems to be a slightly different strategy compared to the company’s approach in Gigafactory Berlin, where the company is using prefabricated concrete components for its phase one work. These prefab techniques are credited as one of the main reasons why Giga Berlin’s construction has been moving at an impressive pace.

From the initial observations of the work being done on Gigafactory Texas, there seems to be a chance that Tesla will be building its Cybertruck factory using more traditional methods. The EV automaker has not discussed if it would be using prefabricated building techniques in Texas, but even if the company doesn’t, the factory could still be built quickly. Tesla’s Gigafactory Shanghai, after all, was not prefabricated, but it was built in lightning-speed just the same.

Either way, it seems like Tesla is on schedule with Cybertruck production for its expected 2021 opening date. Texas officials closely following the progress of Giga Texas’s construction seemed optimistic about meeting Tesla’s goals. Some have even started coining Gigafactory Texas’s construction progress as moving at the “speed of Elon.”

“They’re going very fast. They started this summer with mining and they already are building building pads in 50 days. This plant opens next year,” said Andy Linseisen, Austin’s assistant director of development services.