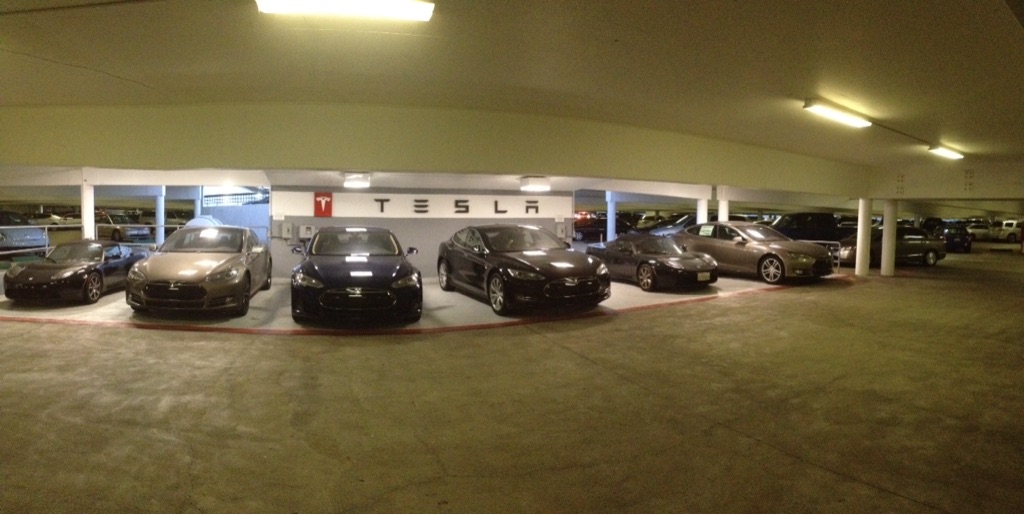 A report from Germany says Tesla is taking sales away from German car makers in the luxury car segment of the market. It say plug-in hybrids are a dead end. Professor Ferdinand Dudenhoeffer is the director of the Center for Automotive Research in Germany. He has written a report entitled “Tesla Asserts Itself In The Luxury Class,” in which he says the big three German car makers have wasted money on plug-in hybrids — which he calls a blind alley. They are also losing sales in the most profitable end of the luxury market to Tesla, he says.

“In a lot of markets we are seeing Tesla doing better than the BMW 7 series, Mercedes S class, Audi A8 and Porsche Panamera. Tesla can boast real innovation and customers with big money are trying it. I’m not sure if Tesla will be successful in the long term but when they broaden the line we will see if it can bring revolution to the car industry.”

Are plug-in hybrids really a blind alley as Professor Dudenhoeffer suggests? A report in Forbes says IHS Automotive recently looked again at its medium to long range forecasts and raised its prediction for electric vehicles in 2020 to just over 1% of the global market. It says that figure will only increase to 1.5% by 2025.

By contrast, IHS says global market share for hybrids and plug-in hybrids will be 7% in 2020. It expects that figure will rise to 16% by 2025 as upcoming US and European regulations require all cars to have better fuel economy and lower carbon dioxide emissions.

But Dudenheoffer doubts those forecasts are correct. He says plug-in hybrids are not proving popular with buyers and are seen as not environmentally friendly because they often use internal combustion engines to get where they are going. He points out that even in markets like Germany and Switzerland, where there are no subsidies for electric vehicles, the Tesla Model S is stealing sales from the Mercedes S class.

“I think plug-in hybrids are the wrong direction and will not be successful. The costs are too high. The weight of the car is too high,” Dudenhoeffer told Forbes. “I think environmentalists and governments will come to the conclusion that plug-in hybrids are not real progress.” His remarks are targeted specifically at Mercedes, which has 3 plug-in hybrid models on sale already and promises to add 7 more soon.

Tesla is doing an excellent job of disrupting the traditional German luxury car manufacturers. The real battle will come when it adds the Model 3 to the mix. It’s one thing to steer customers away from buying an S Class or 7  Series. It’s something else entirely to take sales away from mid-market models, where shoppers have many more choices and the price competition is fierce.

Tesla’s electric cars versus the other guys’ plug-in hybrids. Who will win that fight? The answer will not be entirely market driven, because government regulations will skew the results. That may give an advantage to plug-ins, at least temporarily. The car business will undergo transformative change in the next five years. Tesla has always shown an amazing ability to recognize and adapt to change and that may be its ultimate weapon in the upcoming battle.