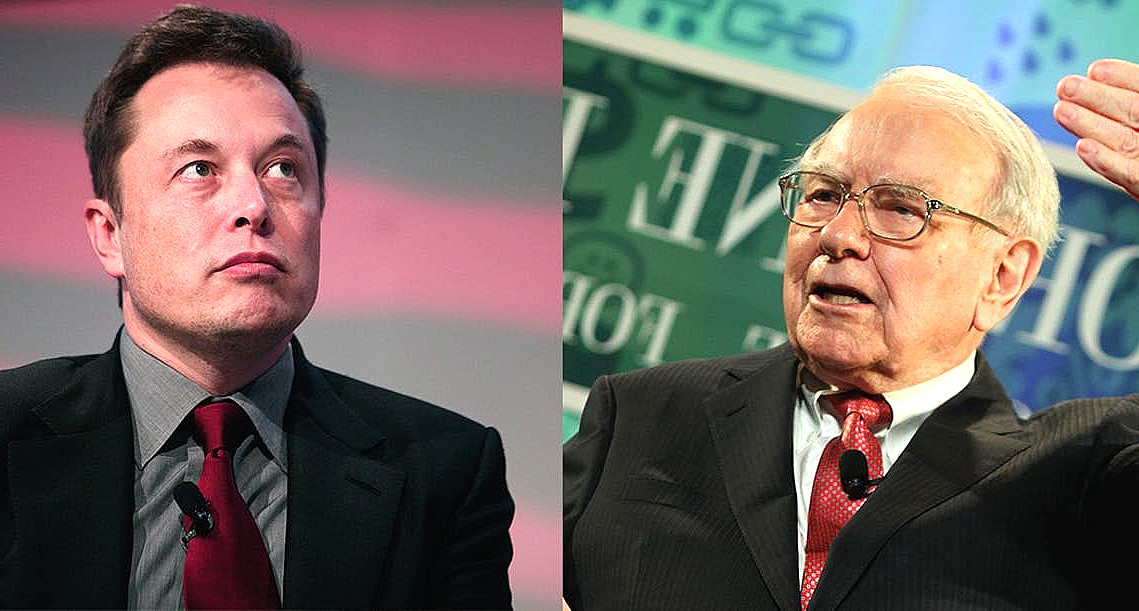 During Tesla’s first-quarter earnings call, Elon Musk mentioned that the electric car maker is coming up with an insurance service for its vehicles. Musk noted that Tesla’s insurance plan would be unique in a way that it will leverage customer data collected from its fleet of vehicles. This will, according to the CEO, create a program that is “much more compelling than anything else” in the market.

Such statements sound very optimistic, and in true Elon Musk fashion, the CEO raised the bar for the upcoming service higher, adding that Tesla’s insurance program could see a launch as early as next month. These targets were unsurprisingly met with much skepticism. Tesla’s avid critics dismissed the plan and Musk’s comments as another “funding secured” moment, and even experienced investors expressed their doubts about the program’s potential success.

Doubts from the Oracle

Arguably the most notable critic of Tesla’s insurance plan is financial titan Warren Buffett, CEO of Berkshire Hathaway. Speaking at the Berkshire Hathaway annual meeting on Saturday, Buffett noted that Elon Musk’s insurance aspirations would likely fail. “It’s not an easy business. The success of the auto companies getting into the insurance business is probably as likely as the success of the insurance companies getting into the auto business,” he said.

The financial titan explained further, stating that veteran automaker General Motors had unsuccessfully attempted a similar program in the past under its Motors Insurance Company. Though Buffett, fondly known in the investment world as the “Oracle from Omaha,” admitted that the trove of data that Tesla gathers from its fleet, he argued that the electric car maker would likely not make money in its insurance endeavors.

“And I would bet against any company in the auto business (getting into insurance) being any kind of an unusual success. The idea of using telematics in terms of studying people — it is important to have data on how people drive, how hard they brake, how much they swerve, all kinds of things. So I don’t doubt the value of the data. But I don’t think the auto companies will have any advantage to that. I don’t think they’ll make money in the insurance business,” Buffett explained.

A case for Tesla’s insurance plans

Buffett holds a lot of authority in the insurance industry, with Berkshire having Geico and General Reinsurance among its numerous subsidiaries. Yet, despite these concerns, Elon Musk’s plan for Tesla’s own insurance program could actually work. Contrary to speculations from the company’s critics suggesting that Musk is merely shooting from the hip, Tesla is actually working with experienced insurance firms to develop its own program. Among these is Markel Corporation (ironically dubbed at times as a “mini-Berkshire” stock). During the firm’s quarterly conference call last week, co-CEO Richard Whitt stated that one of Markel’s subsidiaries, State National, will provide the fronting for Tesla’s insurance.

“Often the people that have these innovative ideas have a hard time navigating the regulatory environment and being able to execute quite honestly on their innovative ideas. That’s where State National can come to the table and help them. In the case of the partnership with Tesla, State National is providing just that. They’re supporting innovative solutions that Tesla has [created] with risk-taking partners. And I don’t want to say any more than that, because obviously Tesla and the risk-taking partner have many things they probably want to say about the arrangement,” Whitt said.

Another advantage that Tesla might have with its upcoming program is that Elon Musk’s primary goal is likely not to “make money in the insurance business” in the near-term. Instead of chasing profits immediately after its rollout, Tesla’s insurance could simply be rolled out as a means to streamline the ownership experience of the company’s electric cars further. Together with several inherent advantages of the company’s vehicles, such as the absence of fuel purchases, affordable Supercharging rates, and unique driving dynamics offered by their all-electric powertrain, having a customized, worry-free insurance service could be yet another factor that can make Teslas attractive to car buyers.

A lot of the details surrounding Tesla’s insurance plans are yet to be announced, and it remains to be seen if the company could ultimately pull off an endeavor that could prove the world’s third-richest person wrong. Ultimately, just as it was far too early to discount SpaceX after the initial failures of the Falcon 1 rocket, it might simply be far too early to dismiss Elon Musk’s plans for Tesla’s own insurance program.