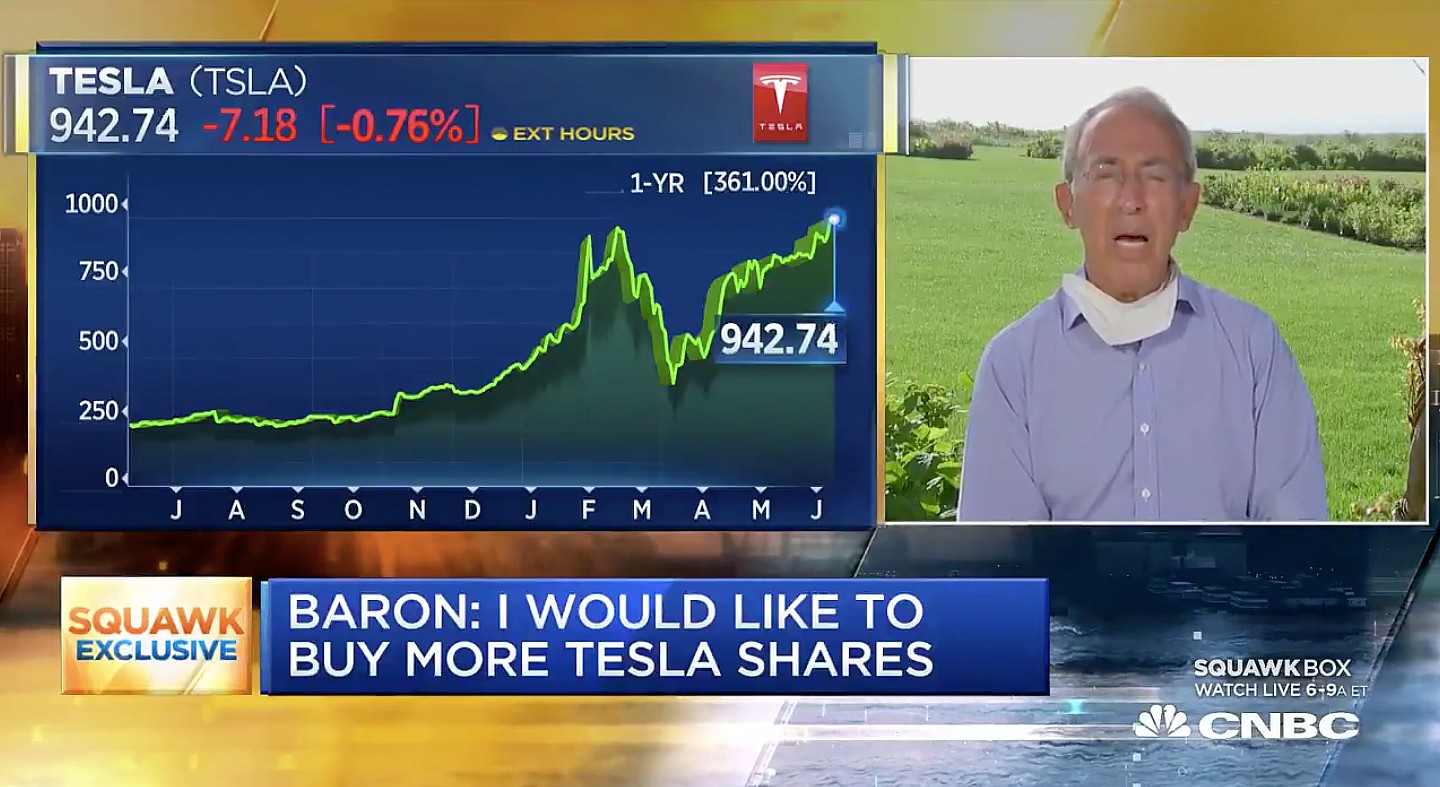 Tesla (NASDAQ: TSLA) shareholder and legendary investor Ron Baron would like more money to build an even larger position in the California-based electric carmaker. He also commented on the positive outlook for Elon Musk’s currently-privatized aerospace company, SpaceX.

“I would like to be able to get more money to buy more TSLA actually,” Baron said on an episode of CNBC’s Squawk Box. “I think that what’s going to happen with that stock is that…when people were selling it short for the past ten years, and the stock quadrupled by the way. But for the first nine years, it didn’t change so much. It would go up and go down. But there was a good reason why people were selling it short.”

Baron went on to explain the difficulties of starting an automotive company and keeping it open.

"I would like to be able to get more money to buy more @Tesla actually," says legendary investor Ron Baron. $TSLA pic.twitter.com/sCt9dr4mDu

“The reason was that it is very, very hard to start a car company, almost impossible. So you wouldn’t dream that it would be possible to go out there and hire 50,000 employees, and design cars, and raise the capital that you need, and have a brand that everyone knows. Everyone knows the Tesla brand. My grandchildren, who are six and eight years old, they know the Tesla brand,” Baron added.

More impressively, Tesla has never spent money on advertising, but they continue to gain notoriety in the automotive and tech communities. This fact has Baron raving about the company’s potential outlook for the future.

He believes that “there’s ten times more to go” with Tesla, indicating the stock’s growth period is far from over.

Baron invested $357 million into Tesla in 2014, and his purchase has made him money hand over fist. Baron currently holds over 1.6 million shares of pop TSLA stock, worth over $1.5B at the current price of $949.92 per share.

As of June 5, Tesla holdings comprise 4.9% of Barron Opportunity Fund net assets, 20.4% of Baron Partners Fund, and 20.7% of Baron Focused Growth Fund. However, that is not Baron’s only bet on Elon Musk, the CEO of Tesla.

SpaceX holdings, another one of Musk’s companies, comprise 5.7% of Baron Partners Fund and 5.6% of Baron Focused Growth Fund. CNBC says the investment legend owns 814,595 shares of SpaceX. Baron believes that the privately held aerospace company will grow by 20-times within the next ten years.

“That is an amazing opportunity as well,” Baron said. SpaceX recently became the first private entity to launch a pair of NASA astronauts into space during the Crew Dragon Demo-2 mission, which launched on May 30.

Tesla shares soared 7.26% yesterday after news of the automaker’s resurgence of its Model 3 sedan in China. Tesla sold 11,095 units of the Model 3 in China in May, making it the best selling electric car in the country.