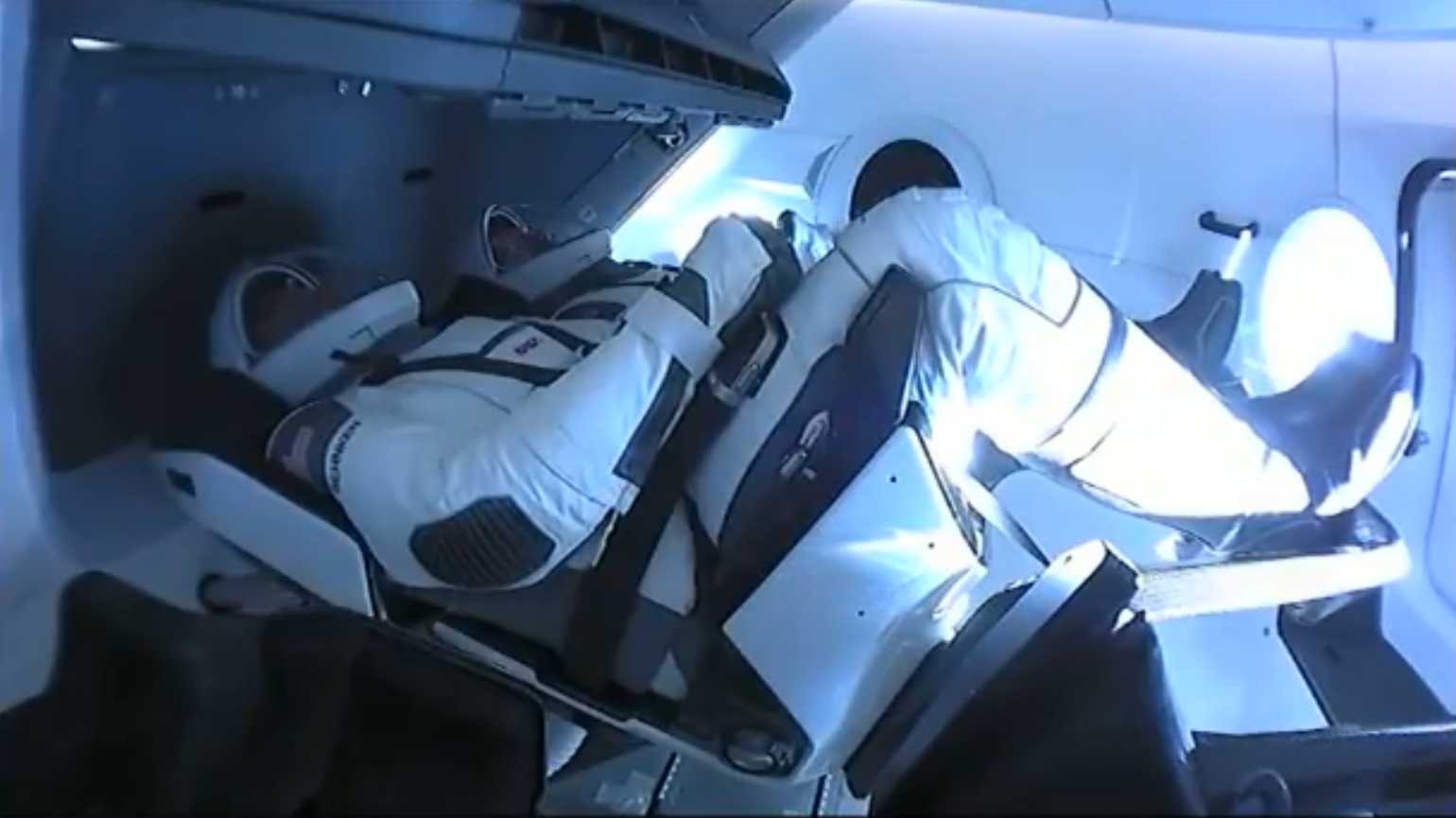 The morning of SpaceX’s most prolific launch – the Crew Dragon Demo-2 mission – began with one question on the mind of many, why did the Falcon 9 rocket have just one second, and one second only, to launch NASA astronauts Bob Behnken and Doug Hurley to the International Space Station (ISS)? A simplified answer is orbital mechanics and a carefully planned out 19 hour trip around the planet.

The launch of the Falcon 9 was a highly anticipated moment, however, it was easily the most familiar part of the Demo-2 mission. Leading up to Demo-2, SpaceX had successfully launched twenty-eight Block 5 Falcon 9 boosters – the same type of booster that the Crew Dragon carrying Behnken and Hurley would launch on. The landing of the Falcon 9 on the autonomous spaceport drone ship in the middle of the Atlantic Ocean was also a familiar process that SpaceX had completed successfully a number of times.

Even the Crew Dragon capsule had a launch and mission to the space station under its belt, however, launching astronauts aboard the capsule had yet to be attempted, let alone done successfully. The least familiar part of the mission was what Crew Dragon and its occupants had to achieve once free of the Earth’s gravity well.

Once past launch and separation from the Falcon 9 first stage booster, Crew Dragon would separate from the Falcon 9 second stage, enter an initial orbit, and proceed to spend the next nineteen hours chasing the ISS around the planet. The capsule had to perform a series of burns to lift its orbit high enough to match that of the ISS for autonomous docking nineteen hours later. During the trip, Behnken and Hurley had a series of items to check off prior to initiating their crew sleep aboard Crew Dragon. A few of the items included doffing – or taking off – their SpaceX pressure suits, hosting a brief media opportunity explaining the name “Endeavour” chosen for their capsule as well as the zero-G indicator named “Tremor” chosen to ride along with them and eat their first meal in space.

The Crew Dragon also had a few jobs of its own to complete. Crew and capsule would spend about two hours performing 3 different burns of the sixteen Draco thrusters outfitted all around the Crew Dragon’s outer shell. The first phasing burn was needed to insert it into the correct orbit, followed a little while later by a boost burn to raise the capsule’s orbit even more. And lastly, a close coelliptic burn to flatten out the orbit around the Earth making it more elliptical, rather than circular matching that of the ISS. These three burns were completed while the crew was awake performing any necessary tasks. Two more burns remained to be completed, but those would need to occur much closure to docking with the ISS, one while the crew slept and one just before autonomous docking procedures were set to begin.

The fourth burn – a transfer burn – is intended to raise the capsule the final ten meters in orbital space to match that of the ISS. This burn will allow the capsule to begin its final approach toward the station. It will be completed by the SpaceX mission control ground station in Hawthorne, California while the crew sleeps. It will be a gentle burn of the Dracos lasting less than a minute.

The capsule will then burn the Draco thrusters once more for the final coelliptic burn matching its orbit directly with the ISS. At this time, the crew aboard both the Crew Dragon capsule and space station will be awake for a full day of work including the meticulous process of autonomously docking the capsule to the ISS, the opening of the hatch of Crew Dragon, and welcoming Behnken and Hurley aboard the station as members of the Expedition 63 crew.

Crew Dragon is expected to meet up with the ISS nineteen hours after liftoff. Docking with the station is set to occur on Sunday, May 31st around 10:30 am EDT/14:30 UTC. Behnken and Hurley will be welcomed aboard the station during a traditional crew welcoming ceremony that should occur about two hours after docking has been confirmed.