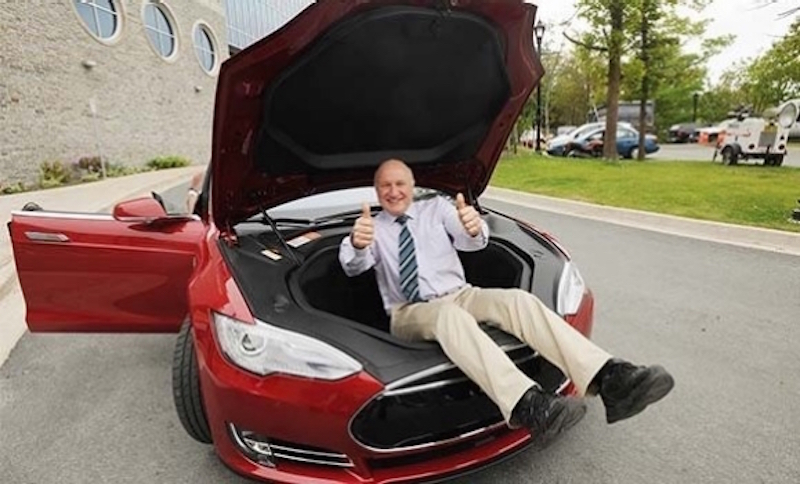 A team of battery researchers at Canada’s Dalhousie University are the recipients of a $6 million grant from the Natural Sciences and Engineering Research Council (NSERC). The NSERC will give the team, headed by Dr. Jeff Dahn, $2.9 million in funding. Tesla, who has worked very closely with Dahn’s team, will also contribute an additional $3.1 million to help develop advanced batteries from electric cars and grid energy storage.

Dahn and Tesla have worked together since 2016 when the two signed a five-year partnership to improve energy density and the life cycle of lithium-ion batteries. Tesla and Dahn signed another five-year contract earlier this year. Dahn has worked with batteries for around 40 years and has published over 700 papers related to battery technology.

Dahn has even been listed as an author on several Tesla battery patents, including one for an electrolyte solution that could be added to lithium-ion cells to extend longevity and increase performance.

Dalhousie University expanded its team in January upon the five-year extension with Tesla. The institution added Dr. Chongyin Yang as the Tesla Canada Chair and Dr. Michael Metzger as the Herzberg-Dahn Chair to supplement Dahn’s experience and ensure that Dalhousie remains a global force in battery tech advancements.

The $6 million in funding will be used for several new projects that include:

If Dahn’s team of researchers at Dalhousie University can achieve these goals, it would not only revolutionize EV and energy storage batteries but would also make renewable energy and Earth-friendly transportation more accessible and affordable.

Dahn spoke highly of the funding and was very appreciative of the grant that will catalyze the opportunity for more battery research. “I am very grateful for this funding from NSERC and Tesla,” Dahn said. “This will allow Chongyin, Michael, and me to solve many remaining puzzles that will help improve battery lifetime and lower cost.  The students trained in this program are finding, and will continue to find, immediate employment in the advanced battery sector locally and around the world.  Tesla is a wonderful partner and a world leader in electric vehicle, solar, and electrical energy storage products.  We share their commitment to help combat climate change through electrified transportation and renewable energy generation and storage.”

Tesla and Dahn are contractually tied until 2026.

Tesla also showed its excitement for the Dalhousie team. “We are thrilled for our work with Dalhousie, Dr. Jeff Dahn, Dr. Chongyin Yang and Dr. Michael Metzger,” Tesla said in a statement. “We are excited and look forward to their important contributions in battery technology to help achieve our mission.”