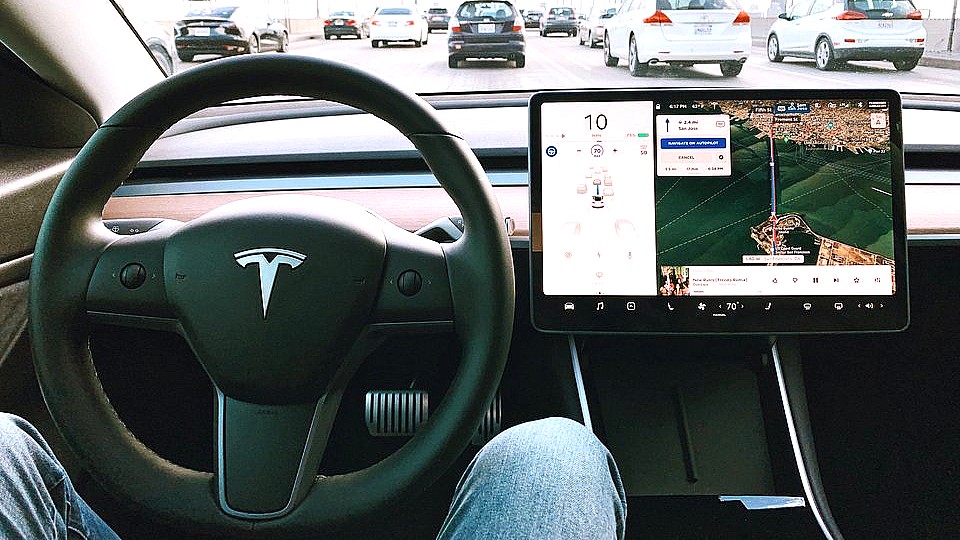 On July 20, Musk revealed that the company would be releasing the feature “in a few months in production release.” The release of the self-driving characteristic would complete Tesla’s Full Self-Driving suite, which was set to be completed by the end of 2019.

Tesla’s website now refers to the functionality as “Autosteer on city streets.”

The addition of automatic lane changes on city streets will be revolutionary for Tesla’s self-driving capabilities as owners will now be able to let their vehicles handle the responsibility of navigating through stressful cities.

In a few months in production release. Already does that in alpha build.

Most recently, Tesla added the Traffic Light and Stop Sign Control function to the Full Self-Driving suite. Initial rollouts of the feature needed confirmation from the driver to confirm that the intersection was safe to navigate through.

However, advancements in company software, along with information gained through the feature’s use to the Neural Net, eliminated the need for drivers to confirm the nature of the intersection to the vehicle.

Tesla vehicles are already capable of performing automatic lane changes on a highway. The challenges that come with performing the same maneuver on city streets is more complicated, however. City streets are usually occupied by pedestrians who are walking or are on bikes, which may be trying to cross to the other side. Crosswalks, street lights, and traffic signs are also all present in these environments, which can present additional challenges for vehicles that have semi-autonomous capabilities.

The release of a “feature complete” Full Self-Driving suite would be monumental for Tesla, as it would launch the company into the outright leader in semi-autonomous driving functionality. But the company is far from done developing its “self-driving” software, as the electric automaker has plans to begin working toward Level 5 autonomy shortly.

In early July, Musk made an appearance at the World Artificial Intelligence Conference via webcam. The South African CEO talked about what it is doing to increase the efficiency of the development of its FSD suite, and what issues the company must solve to achieve a fully-autonomous vehicle.

“I think there are no fundamental challenges remaining for Level 5 autonomy. There are many small problems. And then there’s the challenge of solving all those small problems and then putting the whole system together and just keep addressing the long tail of problems,” he said.

While Level 5 autonomy is “very close,” according to Musk, completing the FSD suite will be a great accomplishment for the automaker. The completion and eventual rollout of Autosteer on city streets will provide drivers with a less stressful driving experience thanks to the company tested Autopilot software.