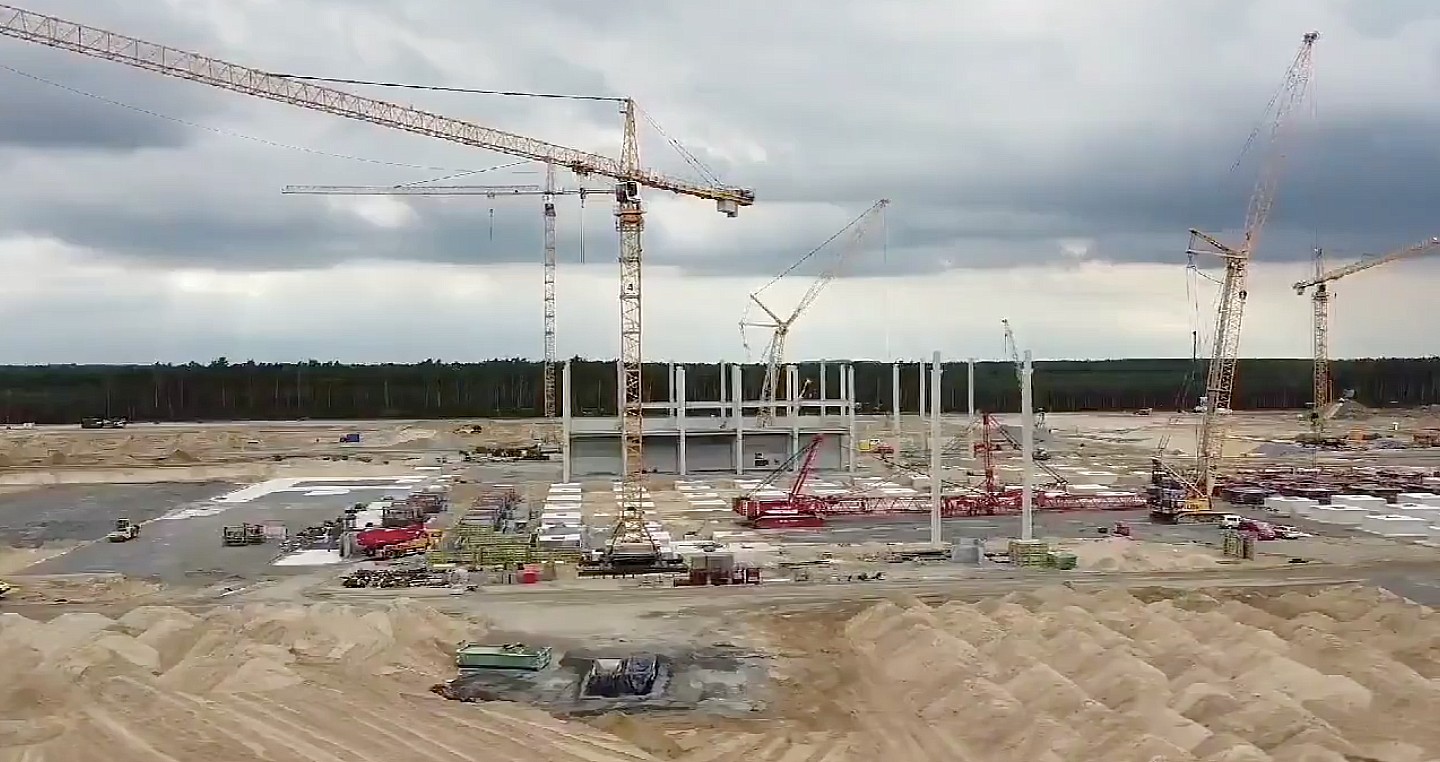 Tesla’s Giga Berlin production facility made leaps late last week into the weekend as construction crews continued foundational work in the drive unit facility and installed fire protection infrastructure in the paint shop area. The property also received its second cement mixing plant as crews on site are preparing to install flooring for the facility soon.

Giga Berlin is sitting about a year away from its first production push of the Model Y. Now that the construction crews responsible for the project have been implementing foundational work for a few weeks at the drive unit portion of the facility, the structure of Giga Berlin could start taking shape soon.

A video from @Gf4Tesla on Twitter shows an ariel view of the Giga Berlin property.

Tesla has a knack for producing vehicles earlier than their timetable initially indicates. For example, the Model Y had an expected delivery date of Summer 2020. However, Tesla was able to begin delivering its all-electric crossover to reservation holders in mid-March, nearly 3 months ahead of schedule.

There is always a possibility of Tesla beginning deliveries of the Model Y in Europe ahead of schedule. If the company’s contracted construction crews can continue to expedite the process, European citizens could be receiving Model Y vehicles sooner than expected.

Additionally, fire protection walls at the paint facility are being constructed and will surround Tesla’s new, world-class shop at Giga Berlin. CEO Elon Musk announced that the German facility would be home to a new paint shop that would revolutionize the way automotive colors appear to the human eye.

In April, Musk revealed details about Giga Berlin’s new paint facility and what the company’s unique colors would be capable of. “Giga Berlin will have world’s most advanced paint shop, with more layers of stunning colors that subtly change with curvature,” Musk tweeted. He also indicated that both Fremont and Shanghai would eventually receive these updates, but retrofitting an operating paint facility is difficult while it is in use.

This past weekend, Musk indicated that the new paint facility would produce a new “Deep Crimson” color for vehicles built at the plant located in Grünheide. The addition of the new color would give owners six total paint options instead of five. Currently, Tesla offers Pearl White Multi-Coat, Solid Black, Midnight Silver Metallic, Deep Blue Metallic, and Red Multi-Coat are all available for additional charges.

Paint has always been a weak point of Tesla’s, and Musk has recognized that in the past. However, the CEO wants to improve the aesthetic appearance of the company’s vehicles, and it starts with quality colors and world-class paint.

Giga Berlin is expected to produce the Model Y starting in July 2021, and other models will be available after the facility gets its first few production runs under its belt.