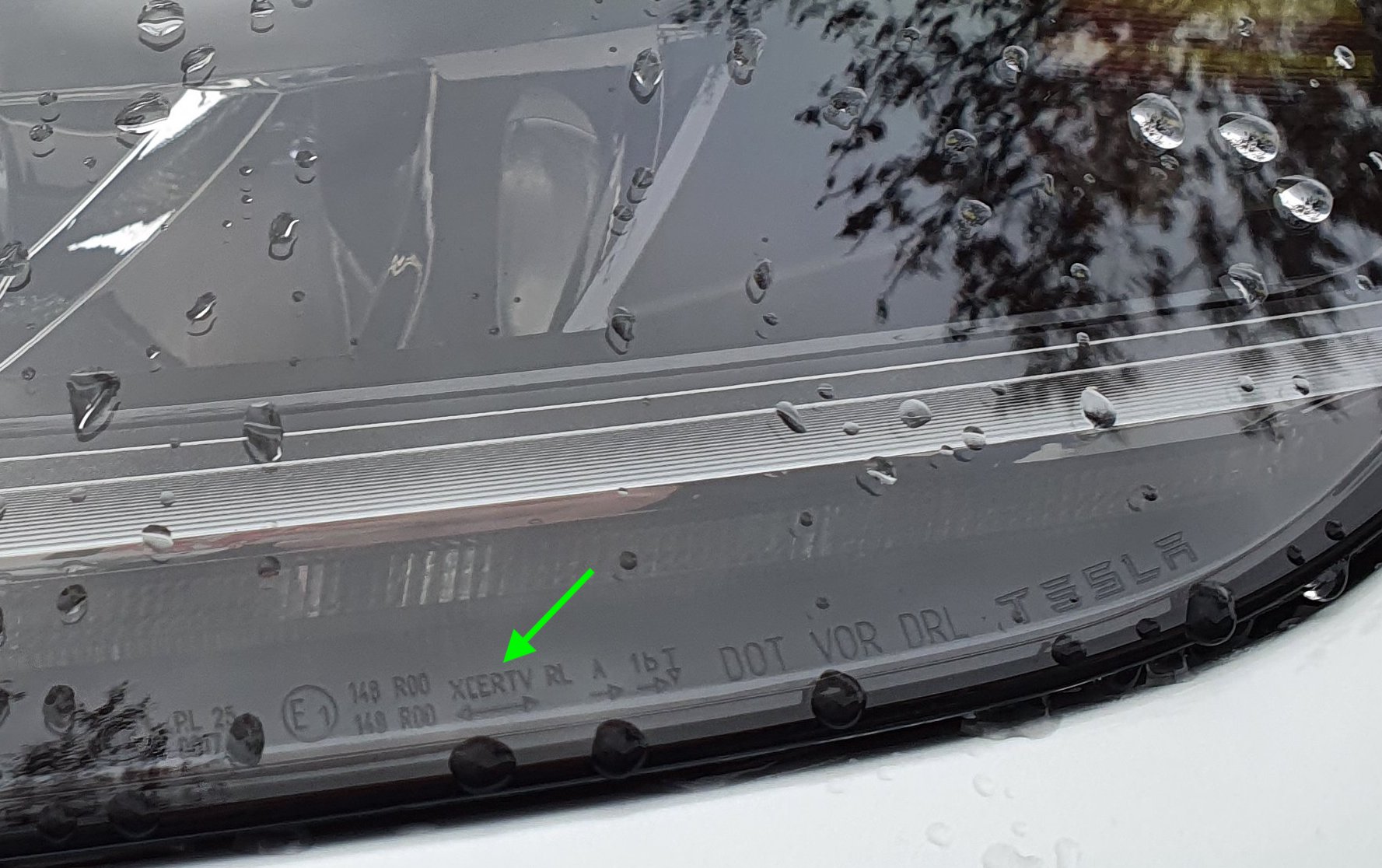 Some hard-working Tesla sleuths @raffaeru and @TeslaDeDa discovered the biggest sign yet that the electric car maker may have equipped the new Model 3 with adaptive headlights. A Model 3 headlight housing from a vehicle in Germany was imprinted with a code that read “XCERTV.” This code appears to be absent on older Model 3s.

A closer look at the meanings of the letters observed in the new Tesla Model 3’s headlights suggest adaptive functions. As noted in a Drive Tesla Canada report, the “X” in the code generally refers to an “adaptive front lighting system” and the “T” refers to “Funktionen entsprechen Vorschriften für Kurvenlicht,” or “functions according to regulations for cornering lights.”

Other vehicles like the Mercedes-Benz GLA have headlights that feature the same “XCERTV” code as the new Model 3. The luxury SUV from the veteran German automaker features headlights that have features like “Country Mode,” “Motorway Mode,” and “Active Light Function.”

Speculations surrounding the new Tesla Model 3’s possible adaptive headlights feature have been around for some time. Since initial reports from China back in September pointed at the inclusion of new headlights coming to the Model 3, signs of the feature coming to the all-electric sedan have only become more evident. These include observations that newer Model 3’s were equipped with new headlight modules compared to their older counterparts.

Watch a video on adaptive headlights in the video below.