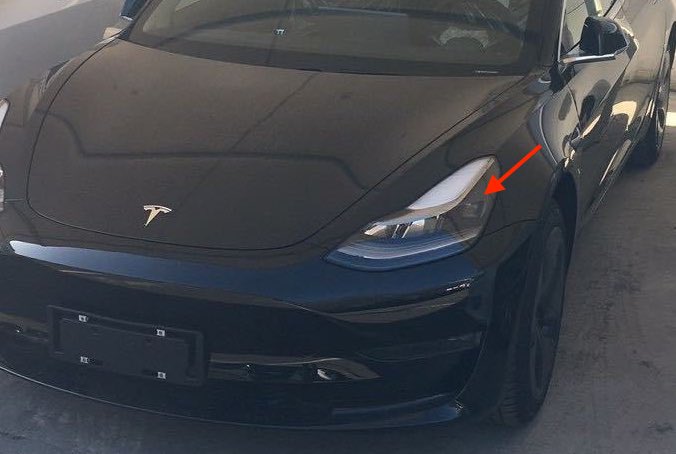 While the Model 3 “refresh” that has been implemented in the United States does not appear to have been fully rolled out in Gigafactory Shanghai’s vehicles yet, it seems that the electric car maker is already introducing some updates to its China-made vehicles nonetheless. This appears to have resulted in some cars being partially fitted with “refresh” parts while keeping elements of the “pre-refresh” Model 3 at the same time.

A recent example of this was shared on Weibo and posted on Twitter by Tesla enthusiast Xinzhang Li. As could be seen in the images shared on the China-based social media platform, some new Model 3s from Gigafactory Shanghai now seem to be equipped with Tesla’s new headlights, which were initially spotted in US-made vehicles since August, as per a report from Drive Tesla Canada.

Tesla has not specified the reasons behind the Model 3’s headlight update, though observations shared on Weibo suggested that the new headlights are brighter and more powerful. According to 常岩, the Weibo user, the new module lenses in the Model 3 headlights produce light beams that are more focused and brighter, allowing the all-electric sedan to better illuminate objects that are farther away.

It would be quite interesting to see how well the updated headlights fare in safety tests, especially those performed by the Insurance Institute for Highway Safety (IIHS) in the United States. It should be noted that the Model 3 initially did not earn a “Good” headlight rating from the agency due to its low beams resulting in some glare to oncoming drivers. This issue was fixed in later production models.

Quite interestingly, the Model 3 posted on Weibo features a chrome trim, similar to the vehicles that were sent over to Europe as Gigafactory Shanghai’s first batch of exports. This, together with reports of double-paned windows (another Model 3 “refresh” element) being spotted in “pre-refresh” vehicles in Belgium, suggests that Tesla is rolling out updates to the all-electric sedan in a gradual manner. Such a strategy is typical Tesla, seeing as the company is prone to rolling out improvements and updates to its vehicles as soon as they are available.

With these updates in mind, customers in China and Europe would likely have the rare opportunity to purchase Model 3s that are fitted with only a select few “refresh” elements. This should be advantageous to customers who wish to get vehicles that still retain some of the Model 3’s original elements–such as its sleek center console–while being equipped with improved components like double-paned windows and new headlights.