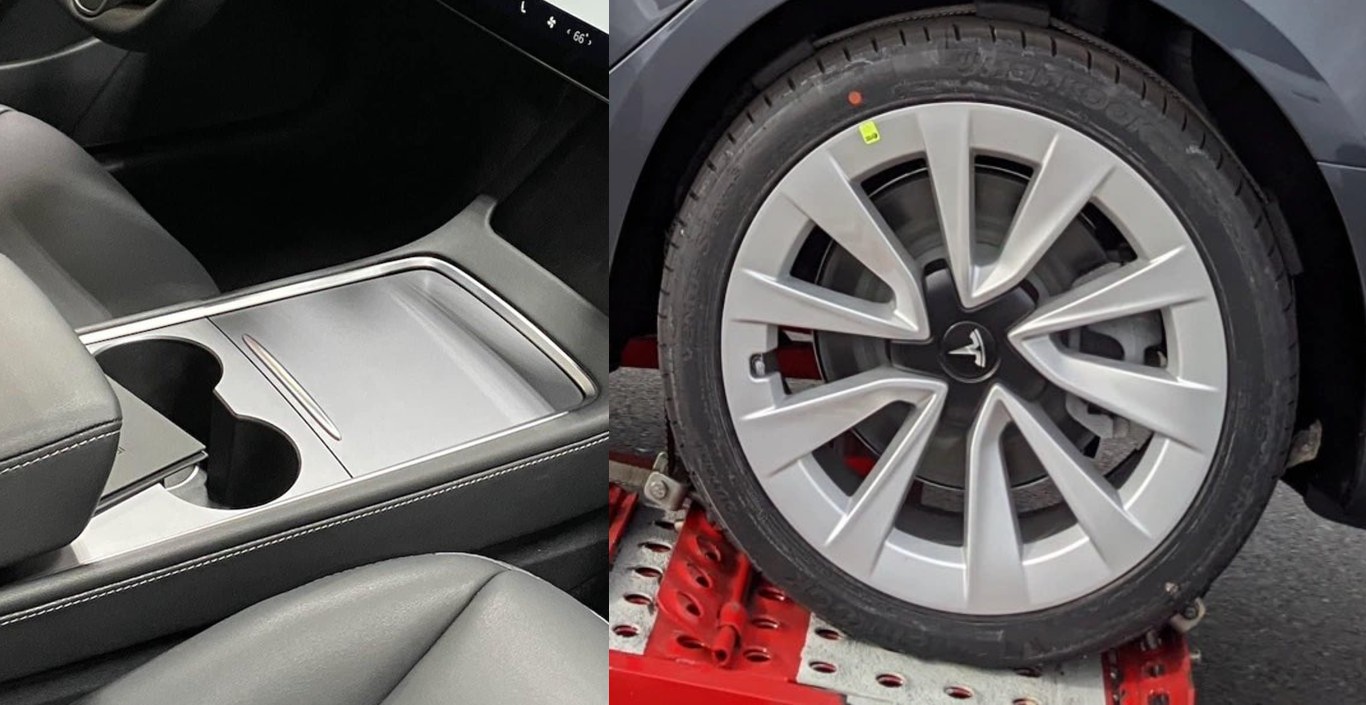 Recent images from Tesla’s Fremont Factory have revealed that the electric car maker is rolling out “refreshed” versions of its Model 3 sedan. The newly-produced vehicles feature several subtle updates, including a new center console and some rather unique wheels. And as it is with every change on a beloved product, Tesla enthusiasts are quite split about the changes.

A look at the newly-produced Model 3s shows that Tesla has adopted what appears to be a more traditional design for the all-electric sedan’s new center console. Unlike the seamless piano black console of the original Model 3, the “refreshed” vehicles feature a matte finish, silver accents, and faux leather stitching. The cover of the phone charger in the original console has also been removed.

Numerous Tesla owners promptly welcomed the new update, with some stating that the new center console design simply looks more refined and luxurious. Others, however, argued that the original piano black console worked better since it fits perfectly with the vehicle’s minimalist interior and smooth, elegant lines. Some have even remarked that the new console looks like something that legacy automakers like GM or Chrysler would design for their cars.

It’s not just the Model 3’s center console that has caused some conversations among the electric car community. The vehicle’s wheels have become a point of interest among Tesla enthusiasts as well. This is largely due to what appears to be the Model 3’s new wheels, which now have a slightly different appearance compared to their classic 19” Sport Wheels.

The new wheels, which were initially shared on EV blog Electrek, look to be about the same size as the classic 19″ Sport Wheels. They are, however, notably flatter, suggesting that the new wheels may be optimized for efficiency. The new wheels are also quite interesting in the way that not all of their spokes are the same shape. This, together with the new wheels’ appearance, inspired suggestions that they may be Tesla’s new Aero Covers for the Model 3.

Similar to the new center console, the newly-spotted Model 3 wheels also received polarizing reactions from the Tesla community, with a number of owners noting the previous 19” Sport Wheels looked a lot better. That being said, it should be noted that the new Model 3 wheels actually look very similar to the Model S’ Slipstream Wheels, which are being sold by Tesla today as part of its Winter Tire Package.

As noted by several Tesla owners, the polarizing reception from the company’s enthusiasts is pretty much on form for the electric car maker. Other Tesla creations, after all, received mixed reviews during their unveiling, only to be well-accepted later on. A good example of this is the Cybertruck, which split the EV community to such a degree that some Tesla owners called out the electric car maker over the vehicle. Almost a year later, the Cybertruck is pretty much accepted, as hinted at by its massive reservation list.