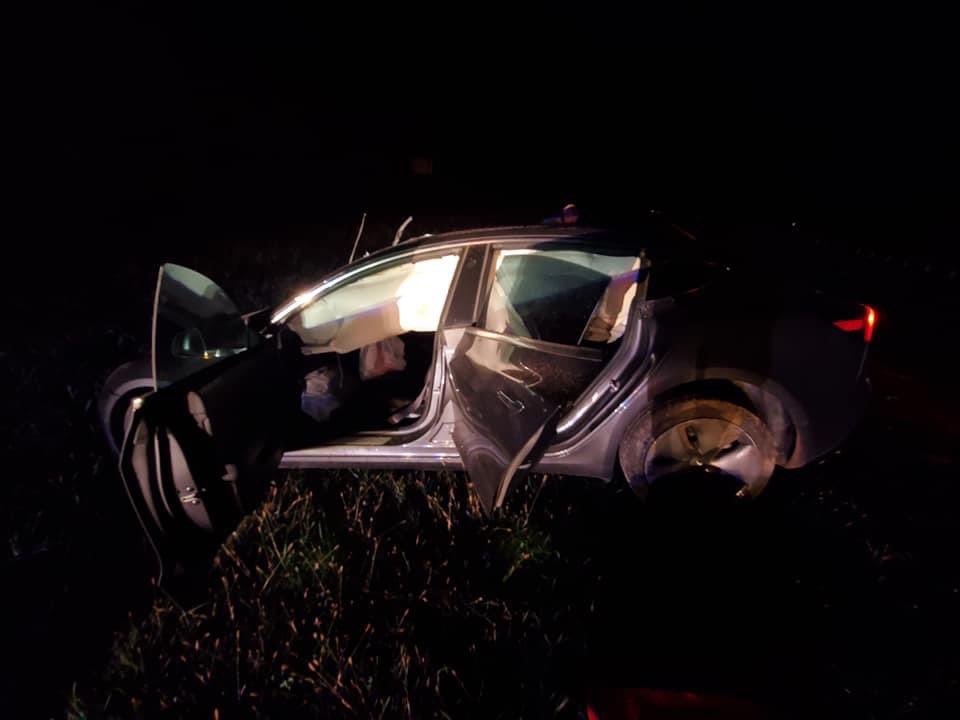 A Tesla owner is thanking her Model 3’s stellar safety features and durable design after she was involved in a high-speed, head-on collision with a pickup truck driven by a drunk driver. Despite the horrible nature of the accident, which involved the two vehicles crashing into each other at over 70 mph, the Model 3 owner was able to walk away with minor injuries.

The harrowing account was shared on Twitter by the Tesla Columbus Ohio Owners Club, who noted that one of their members, Model 3 owner Jen Dunlap, was involved in a serious accident. As noted by the club, Dunlap and a friend were in the Model 3 when they got hit head-on by a pickup truck going the wrong way.

Unfortunately for the Model 3 owner, both her car and the truck were going over 70 mph, resulting in a violent impact that resulted in both vehicles being totaled. Images shared on Twitter show the Model 3 being heavily damaged on the passenger side and the pickup truck getting partly crushed after it flipped over on the road.

Despite the violence of the impact, Dunlap was able to walk away from the accident with relatively minor injuries, such as a sprained ankle. A friend who was also in the Model 3 was rushed to the hospital and is currently being monitored, but things are looking positive.

Overall, Dunlap credits the Tesla team and Elon Musk for creating such a vehicle that can survive such a violent collision. Considering the speed of both vehicles and the size of the pickup that was being driven by the drunk driver, Dunlap and her friend might not have been as fortunate had they been in a conventional sedan.

The Tesla Model 3 is one of the safest vehicles on the road today, earning a perfect 5-Star Safety Rating from the NHTSA, Euro NCAP, and ANCAP. Results from the NHTSA’s testing also show that the all-electric sedan has one of the lowest probabilities of injury among the vehicles that the agency has evaluated. Needless to say, safety is embedded in the Tesla DNA, and the Model 3 continues to prove this every day.