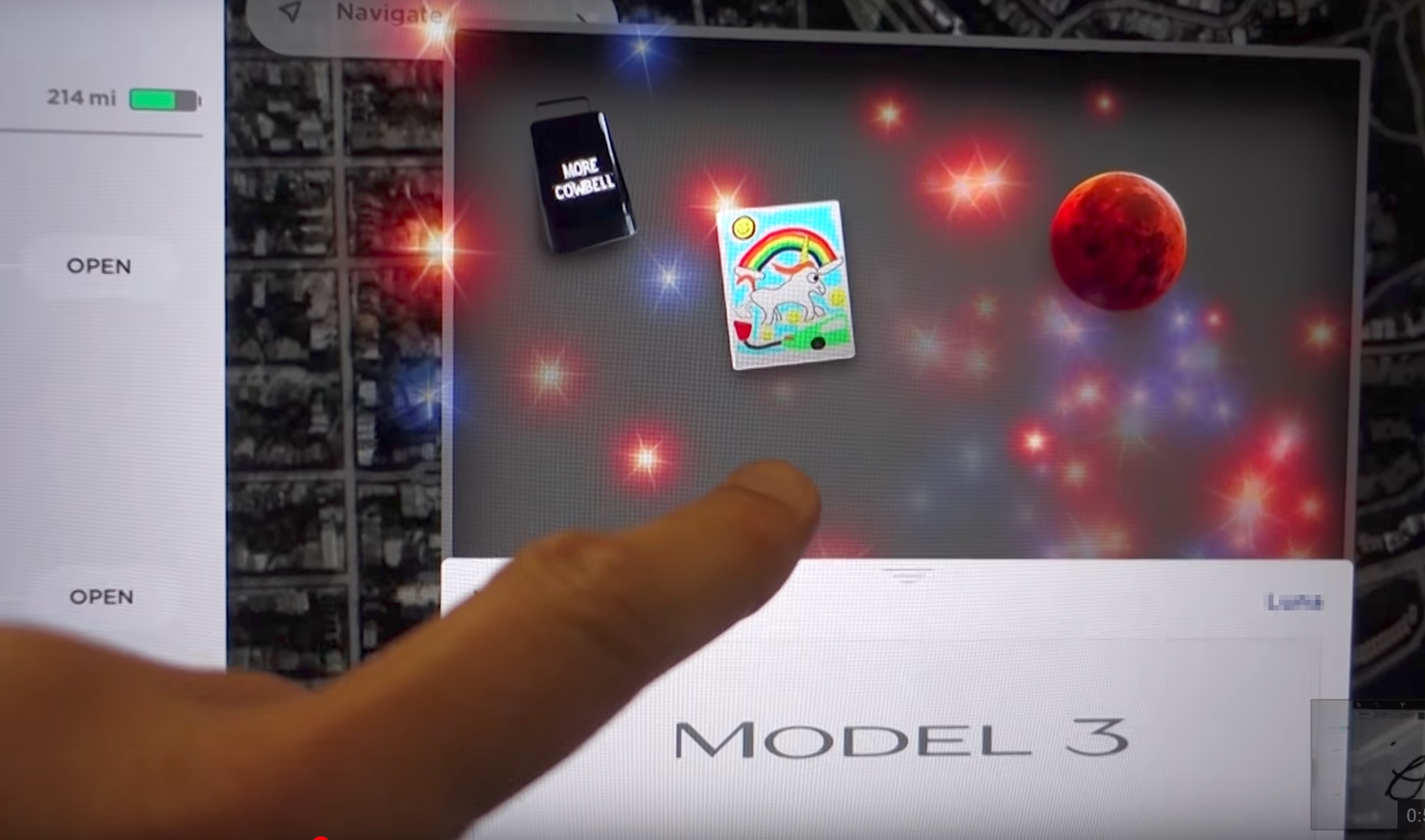 New details of Tesla’s Model 3 continue to emerge from venture capitalist and Tesla board member Steve Jurvetson, this time of Model 3 Easter Eggs.

Jurvetson, who’s the proud owner of a production Model 3 with VIN 5 – he also owns Tesla’s first ever production Model S – recently provided a first look at Model 3’s motorized charge port door, validating Tesla’s intent for a fully autonomous vehicle that will drive and charge on its own.

His latest video posted to YouTube demonstrates Model 3’s ability to transform into a SpaceX Mars colonial transporter and roam about the red planet. Accessing Tesla’s Mars Easter Egg in the Model 3 can be achieved by tapping on the Tesla “T” located on the top of the vehicle’s center display followed by tapping on the Mars icon when the Easter Egg menu appears. We had the opportunity to experience the same feature during our Model 3 test ride at the delivery event. Have you taken early delivery of your Model 3 or found a Model 3 Easter Egg? We’d love to hear from you. DM us on Twitter, Facebook or send us a note at tips@teslarati.com.