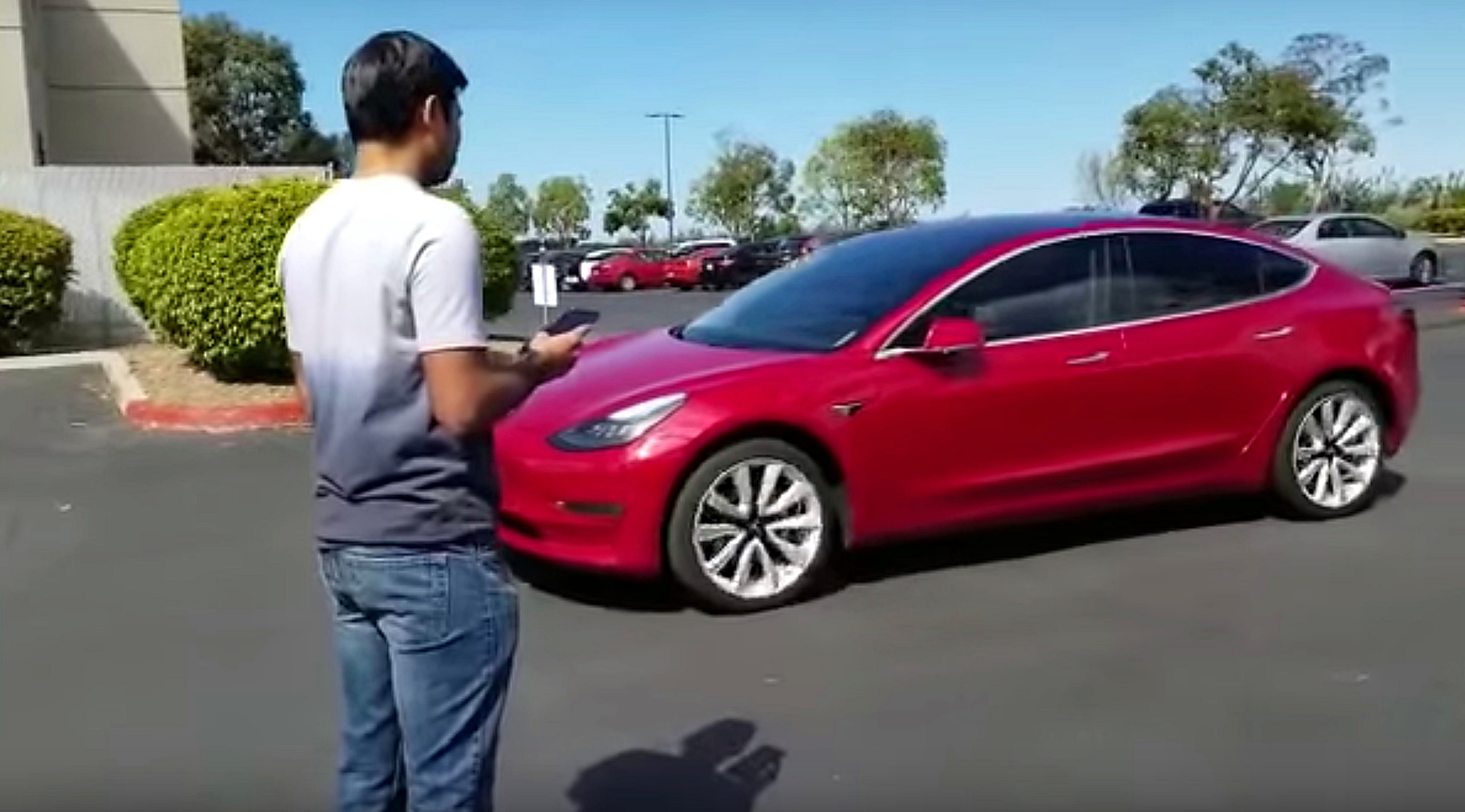 A couple of Tesla Model 3 owners who recently received the Enhanced Summon update have shared footage of their vehicles utilizing the newly-released feature. The videos provided show that Enhanced Summon is incredibly basic at its current state, but the brief demonstrations hint at the massive potential of the improved feature nonetheless.

Elon Musk mentioned earlier this week that Enhanced Summon is already rolling out to the first group of Tesla owners. The feature has been teased by Musk for months, with the CEO hinting at capabilities like a “remote control mode” and a “follow” option that will allow owners to have their electric cars follow them like a pet. Among these capabilities, perhaps the most notable is the electric cars’ ability to maneuver around in a parking lot completely on their own.

Videos shared on YouTube by Model 3 owners show the electric sedan doing just that, navigating themselves from a parking spot to their owners, though in an incredibly deliberate manner. While skeptics might criticize the feature in its current state due to its limited speed and effective range, it should be noted that the current iteration of Enhanced Summon is the worst it will be, as improvements to the feature will be rolled out in the future through over-the-air updates.

When Elon Musk initially mentioned improvements to Summon last year, he noted that the update would start using Autopilot cameras instead of the ultrasonic sensors that were utilized in the feature’s initial iterations. This makes the feature in line with the CEO’s stance on full self-driving cars, which suggests that artificial intelligence and cameras could be used as a primary means to navigate. Musk has grand plans for the Autopilot camera-driven Summon, stating that in the near future, a Tesla “should be able to drive around a parking lot, find an empty spot, read signs to confirm it’s valid & park.”

For those unfamiliar, this uses Tesla Autopark/Summon. Slightly smarter version hopefully ready soon. By next year, a Tesla should be able to drive around a parking lot, find an empty spot, read signs to confirm it’s valid & park.

Similar to the rollout of features like Sentry Mode, Tesla is expected to refine Enhanced Summon with a small group of owners before rolling out the capability en masse. Once the bugs are addressed, eligible electric car owners could expect to see Enhanced Summon on their vehicles.

Watch the first demonstrations of Enhanced Summon in action in the videos below.