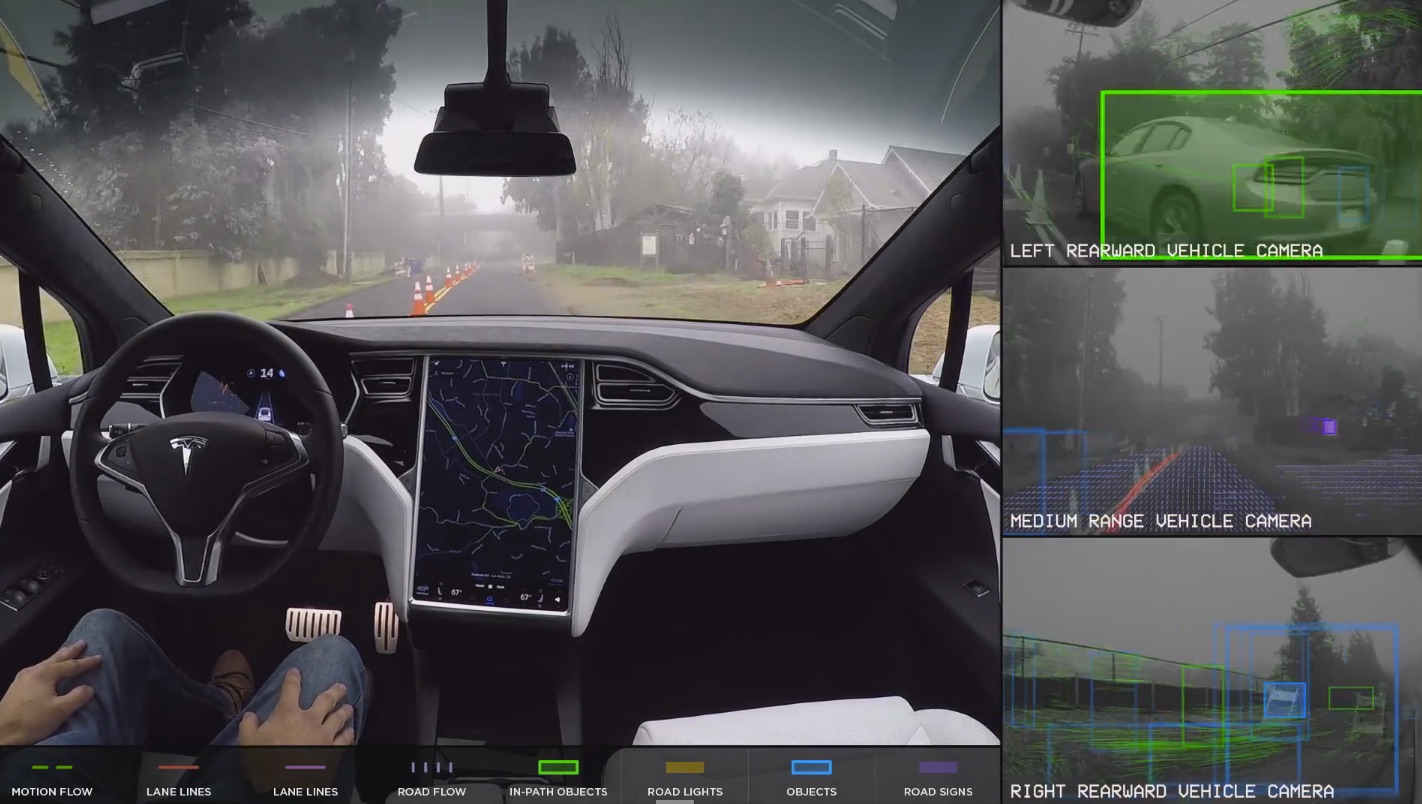 Tesla has begun producing Model X and Model S vehicles with the latest Autopilot hardware to support Full Self-Driving capabilities. Dubbed “HW3”, the new hardware is Tesla’s next iteration of its semi-autonomous driving-assist feature that includes Navigate on Autopilot, Advanced Summon, Auto Lane Change, Autopark, and the ability to respond to traffic lights.

Looking at the source code behind Tesla’s New Inventory site, we’re able to see that recently produced Model S and Model X with Autopilot have been given an “APH4” options code, signifying that these vehicles are equipped with the latest Full Self-Driving hardware. Tesla uses the option code sequence “APHx” to denote the type of Autopilot hardware installed in its vehicles. APH2 indicates HW2 and APH3 = HW2.5 (Autopilot 2.5). Thus, APH4 is HW3.

Here’s a side-by-side comparison of two 2019 Model S with and without the new Hardware 3 for Autopilot. 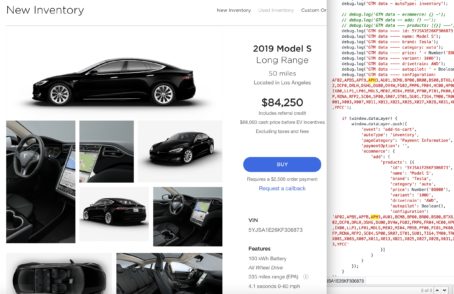 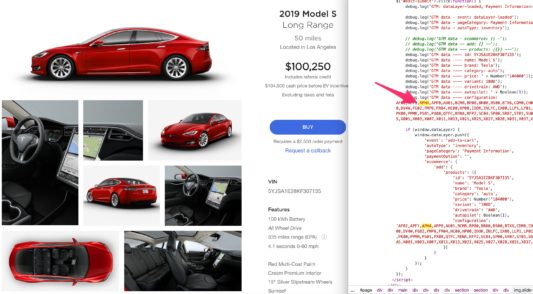 The tip comes to us from Tesla Info and Inventory, a web site which compiles inventory data for Tesla vehicles around the world, noted that internal vehicle “option codes” indicated a change from Hardware 2.5 to Hardware 3. The site pulls source data directly from Tesla’s car listing pages and analyzes the “config” data embedded in the HTML to determine this information.

This discovery aligns with the schedule for the HW3 installs previously set forth by Tesla CEO Elon Musk. Last October, Musk estimated a 6-month wait before the the new chips would be installed in all new production cars, meaning an April showing.

~6 months before it is in all new production cars. No change to sensors. This is simple replacement of the Autopilot computer. Will be done free of charge for those who ordered full self-driving.

Musk has touted HW3 as the “world’s most advanced computer designed specifically” for the purpose of self-driving functionality, with Tesla holding a notable lead in the field overall. “If you add everyone else up combined, they’re probably 5% — I’m being generous — of the miles that Tesla has. And this difference is increasing,” Musk said in Tesla’s 2018 Q4 earnings call.

For vehicles without HW3 installed at the time of manufacture, Musk has stressed the simplicity of the upgrade process in Tesla’s 2018 Q2 earnings call. “We take out one computer and plug in the next. That’s it. All the connectors are compatible and you get an order of magnitude, more processing and you can run all the cameras at primary full resolution with the complex neural net.”

The simple upgrade to HW3 does require Tesla cars to have HW2 as the equipment needed for its functionality was included in those vehicles. The software uses an array of 8 cameras, 12 ultrasonic sensors, and a forward-facing radar paired with Tesla’s vision and neural net system.

The first features of the Full Self-Driving suite were included in the Version 9 software released in October. “Navigate on Autopilot”, an active guidance feature with Autosteer for highway driving (with driver supervision) came soon after with the release of HW2.5. Improvement in performance from software Version 8.1. to 9.0 was increased by about 400% in useful operations per second; however, the difference between V9.0 and HW3 will make a difference of 500-2000%, according to Musk. Tesla has been releasing iterative over-the-air updates over the last year in preparation for the coming HW3 and complete FSD capabilities.

The current iteration of Tesla’s FSD capabilities includes core highway navigation, autopark, and Summon for car retrieval in parking lots. Recognition of traffic signs and signals as well as city street driving are expected to be coming later this year.

Now that HW3 is on its way to current and future Tesla customers, Full Self-Driving certainly feels right around the corner. However, the biggest obstacle to full implementation still sits on the regulation side, a time-consuming yet necessary part of the consumer vehicle industry, especially when a company is handing over responsibility to a computer. Tesla’s Autopilot page still references full self-driving capabilities as something “in the future” that may happen after regulatory approval which “may take longer in some jurisdictions.”

Tesla’s dominance in the all-electric market will most likely work in its favor to overcome the legal hurdles in the way of autonomous driving. As sales continue to rise with the growing number of customers now able to meet more affordable price points, Tesla will keep accumulating useful data to hone its FSD software and make the case for its much-safer-than-humans capabilities. Other companies may have long been battling the same regulatory demons Tesla is now up against, but the electric car was also “killed off” prior to their very influential arrival on the market. In “Musk World”, there is improbable, but not often impossible.