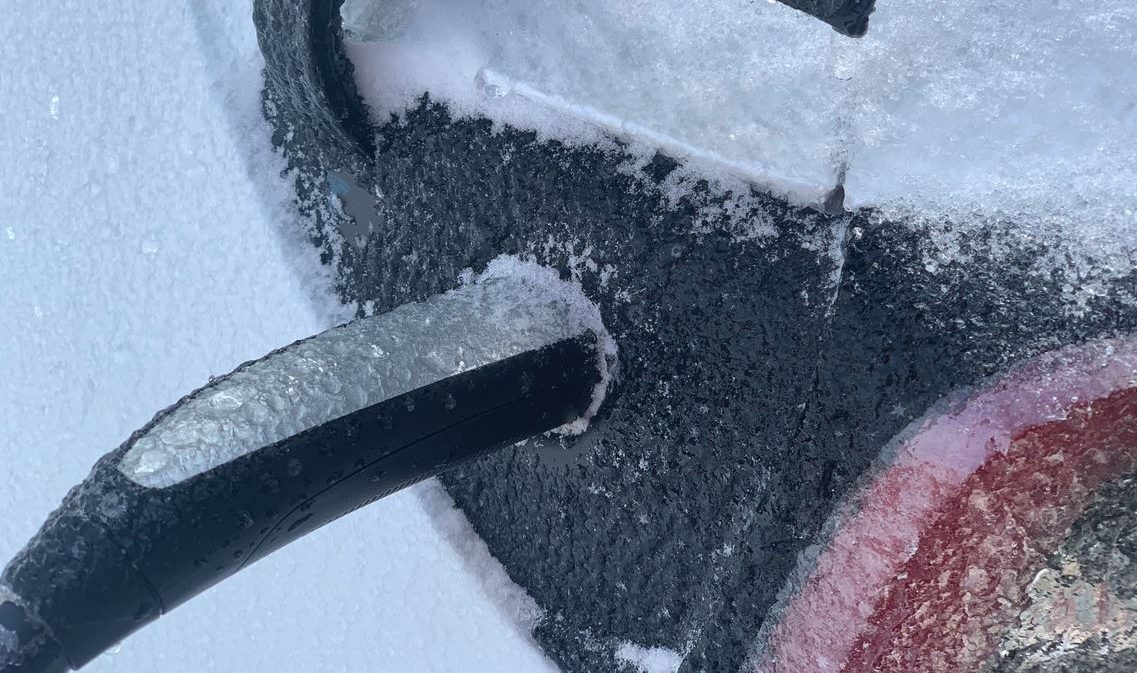 Does preheating your Tesla help when you have freezing rain? Another Tesla owner asked himself that question upon waking up to a completely frozen Model 3 in Ontario, Canada and documented why Tesla owners should preheat or defrost the car during snowy conditions.

Trevor Page, who runs the Tesla Owners Online YouTube channel, shared a video about his experience over the weekend when it rained all day in Toronto and temperatures dropped below zero overnight. He woke up to a Tesla Model 3 frozen charge port, frozen windows, frozen door handles, or practically — a completely frozen Model 3.

Page took the opportunity to put the preheat feature of Tesla in the spotlight. He set up a timelapse camera to see how it will defrost the vehicle. He checked on the car after half an hour but found out that the car’s charge port was still frozen, the windows started to defrost, and the windshield defrosted nicely. After an hour, the Model 3 owner found the car’s roof defrosted and he was also able to open the doors of the car. He was also able to pull out the charger and close the charge port.

“I know some of you are going straight to the comments and say stuff like ‘oh this is a Tesla problem’ and we’d never buy one… matter of fact, Tesla’s are fantastic in the winter but freezing rain is freezing rain. These kinds of problems can happen to any car,” Page said. “Do your pre-heat at least half an hour, maybe up to an hour and just use your phone app to heat it up. I will say that getting into a car that’s nice and warm and the windows defrosted is fantastic and the fact is you can do it in your garage without killing your family in the process.”

Tesla engineered its electric cars so they can be easily operated and remain efficient during the cold months. One can preheat a Tesla by switching on the preconditioning or defrost feature via the Tesla App to melt ice and snow on important surfaces. The system prioritizes specific parts of the car that are crucial to driving in icy conditions.

A previous report where a Tesla owner used a thermal camera showed which parts of the car are heated up. It revealed that the Autopilot camera, as well as the side and rear cameras, were heated to ensure the Tesla car and driver see the environment clearly regardless of the weather. The headlamps, wheels, steering wheel, and wipers were also brought to an optimal temperature.

Tesla also has some snow and ice tips such as repositioning wipers to service position to prevent icing and deactivating mirror auto-fold. The carmaker also reminds owners to make sure that important surfaces are not frozen or covered before heading out for a drive. During cold weather, Tesla recommends to leave the car plugged in so the battery will retain some heat. There’s also the option to use Scheduled Departure to warm the vehicle up.

Check out the video from Tesla Owners Online below and see how Tesla’s preheating or defrosting feature works: