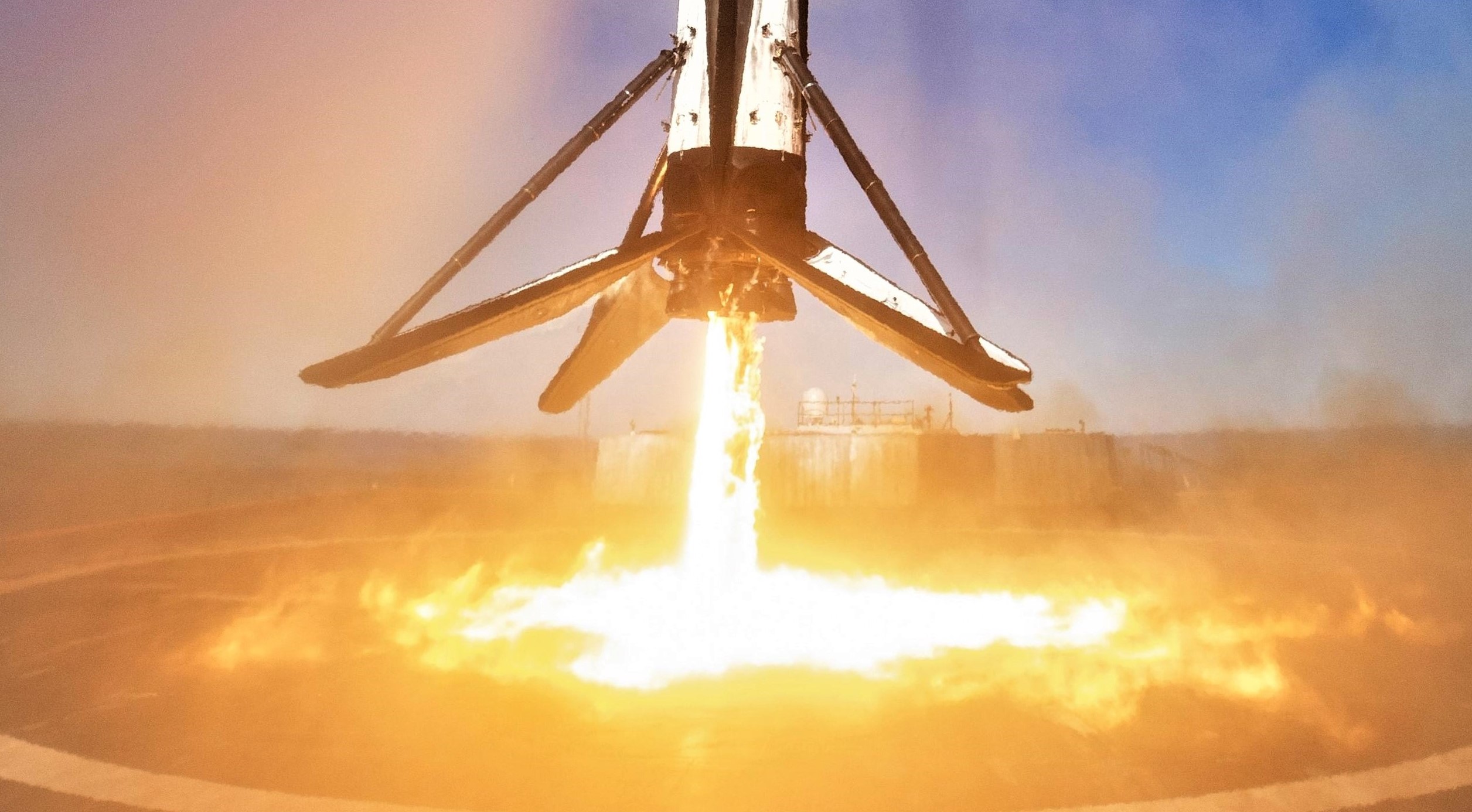 Sadly, this is a not a sight that will greet Falcon 9 booster B1046's fourth launch - Crew Dragon's critical In-Flight Abort test. (SpaceX)

SpaceX CEO Elon Musk has officially confirmed that the company’s next Falcon 9 launch will destroy the flight-proven booster and upper stage “in Dragon fire”, a cryptic reference to the ultimate purpose of the sacrifice.

Known as SpaceX’s In-Flight Abort (IFA) test, the mission is designed not to place any particular payload in orbit but to demonstrate that Crew Dragon – the company’s first human-rated spacecraft – can ensure astronaut safety even if faced with a worst-case scenario during launch. IFA will mark Crew Dragon’s second dedicated abort test and second launch on a SpaceX Falcon 9 rocket, although the mission’s brand-new spacecraft will have to suffice with a suborbital jaunt before hopefully splashing down intact in the Atlantic Ocean.

If everything goes as planned, SpaceX has every intention of reusing the IFA Crew Dragon capsule on a future mission, although it’s unclear what that mission might look like. It’s unlikely that a reused SpaceX spacecraft will fly NASA astronauts anytime soon but it’s possible that the company will refurbish the vehicle for an entirely private astronaut launch or transform it into the first uncrewed launch of a next-generation Cargo Dragon (Dragon 2). Regardless, given the challenges posed by the In-Flight Abort, Crew Dragon’s survival is far from guaranteed.

Given that such an abort scenario is by definition a possibility, it’s likely the case that SpaceX’s engineers are almost certain that Crew Dragon should be able to survive such an ordeal, but the spacecraft will likely be pushed to its limits and it’s often much harder to ensure that everything works as intended at those limits.

In-Flight Abort by the numbers

The IFA test is designed to prove that Crew Dragon can escape a failing Falcon 9 rocket during the most mechanically stressful point of launch. Occurring around 80-100 seconds after liftoff and known as Max Q, it’s the point where Falcon 9’s velocity and altitude combine to create the most friction and pressure the rocket’s windward parts will experience on their climb to orbit. For Crew Dragon, this means its SuperDraco abort engines will have to work fight upwards against air that is functionally (but not literally) much thicker than it is at other points during flight – a battle that will simultaneously put even more pressure (mechanical stress) on the spacecraft’s surfaces.

Purely from a numerical perspective, the pressure at Max Q is typically around 30-35 kPa (4.5-5 psi), which doesn’t sound like much but can easily become a force to be reckoned with when the surface area of the rocket or spacecraft being impacted is as large as Crew Dragon (let alone Starship). For reference, Crew Dragon capsules likely have a conical surface area on the order of 30,000 square inches (~19 m²), meaning that the spacecraft is subjected to a total mechanical load of 50-60 metric tons (~130,000 lbf) at Max Q.

Traveling as fast as Mach 2.5 (860 m/s) at an altitude of 28 kilometers (17 mi) at the point where Crew Dragon will ignite its abort thrusters and attempt to escape, that very act of escape will likely magnify the mechanical stresses on the capsule even further. During Crew Dragon’s 2015 Pad Abort, for example, the spacecraft went from a standstill to 155 m/s (345 mph) in 7 seconds – an average acceleration of about 2.3 Gs. Crew Dragon C205 could thus find itself traveling almost Mach 3 (more than a kilometer per second) just seconds after separating and may ultimately reach a peak altitude of almost 75 km (45 mi).

This is all to simply say that Crew Dragon is going to be subjected to an array of varying extremes in a very short period of time, during and after which it must still successfully control its orientation, avoid tumbling, detach its trunk section, and deploy a series of parachutes to achieve a fully-successful test. Additionally, the In-Flight Abort test will see Crew Dragon launch on an almost orbit-worthy Falcon 9 upper stage (lacking only a functional Merlin Vacuum engine) and thrice-flown booster B1046.

According to CEO Elon Musk, it simply is not going to be possible to prevent the historic booster – the first Falcon 9 Block 5 rocket ever launched – from being destroyed shortly after Crew Dragon attempts its escape. Once Dragon departs Falcon 9, the upper stage will likely be torn to shreds by the supersonic airstream suddenly buffeting it, ultimately exposing Falcon 9 B1046’s unchanged interstage – effectively a giant, open cylinder closed at its base.

Likely still travel supersonic, the results of the airstream entering Falcon 9’s interstage and finding no exit will likely be akin to a glass cup smashing mouth-first into a brick wall with a bowling ball taped to its bottom. Thankfully, Falcon 9 B1046 has already successfully supported three orbital-class launches since it debuted in May 2018, completing its third flight just seven months later. The booster will be missed and the opportunity cost (at least several more orbital-class launches) is definitely non-zero, but its sacrifice sill be for a good reason.

As Musk notes, if the In-Flight Abort goes as planned, it could pave the way for Crew Dragon’s first NASA astronaut launch – known as Demo-2 – as few as 6-8 weeks later. For now, Crew Dragon’s IFA test is scheduled to launch no earlier than (NET) January 18th, likely around 8 am EST (13:00 UTC).