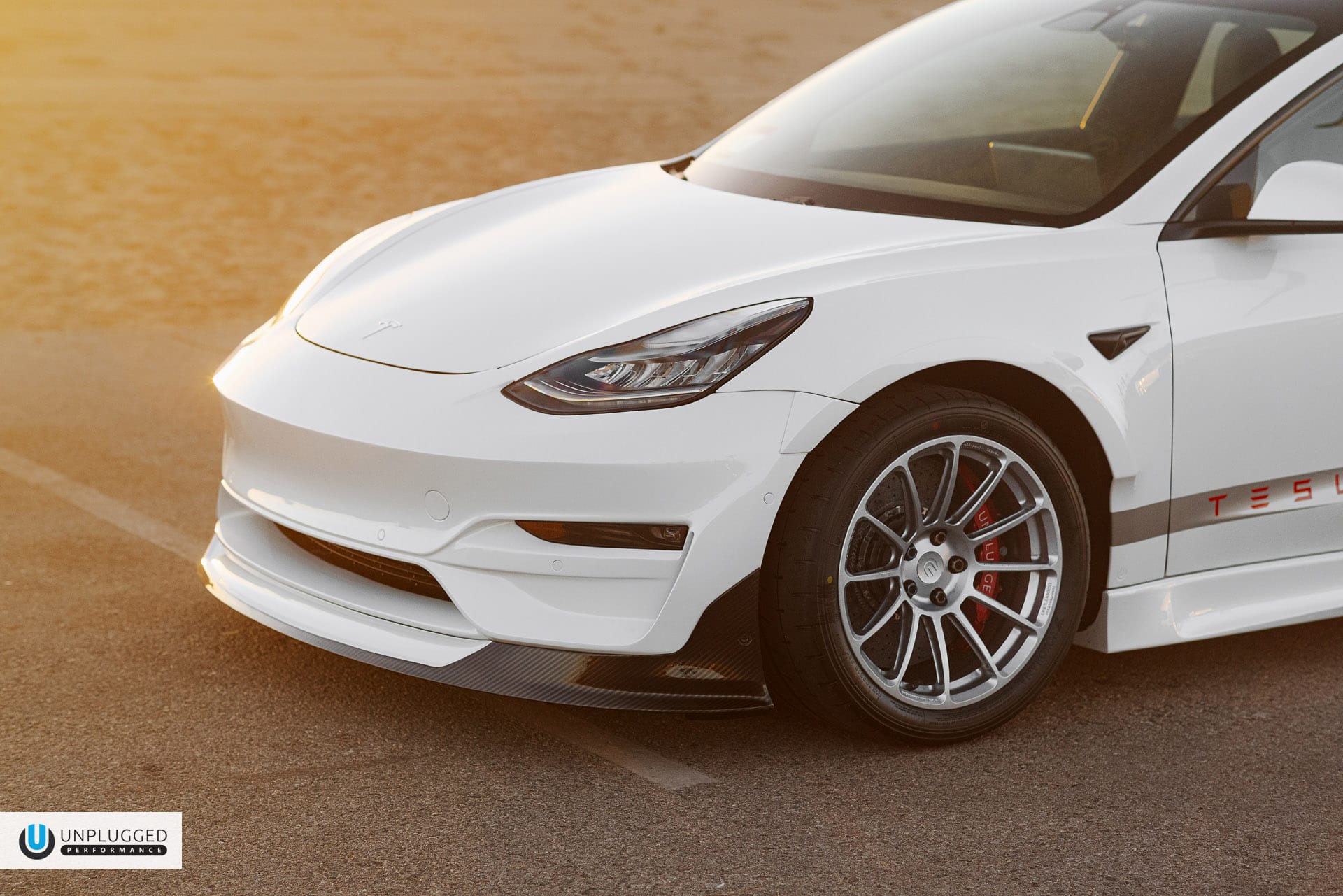 Elon Musk was not kidding when he stated that Tesla does not make slow cars. Case in point: the Model 3. The Model 3 may be the company’s entry-level car, but its performance is nothing to scoff at. Its top-tier trim, the Model 3 Performance, blitzes from 0-60 mph in 3.2 seconds bone stock, allowing it to match even high-end sports cars on the quarter-mile.

But track driving is a completely different animal compared to an honest-to-goodness straight-line drag race. When it comes to track driving, Tesla’s reputation is still not as established. The Model S Plaid may have set a decent record on the Nurburgring, but for some car enthusiasts, Teslas are still vehicles that cannot match the best internal combustion cars in a closed circuit. This is a perception that Unplugged Performance has been hacking away at for years now, to much success.

Unplugged Performance has been tuning Teslas for years, and the company has seen its fair share of victories. Last year, its Model S Plaid won the Exhibition Class at Pikes Peak, and in 2014, its custom Model S was the first Tesla ever featured at the SEMA Show. With the Model 3, Unplugged’s tuning work has continued, culminating in its bolt-on Ascension-R package, which essentially transforms the entry-level Tesla into a capable track weapon. Just how capable, one might ask? During a recent run at Buttonwillow, the Model 3 with bolted-on parts completed a lap in 1.49.90.

That number may sound impressive, but it is downright shocking when one puts it in perspective as it puts the lap time of Unplugged’s Model 3 in the same ballpark as the formidable Porsche 911 GT2 RS and GT3 RS. A look at the fastest laps recorded in Buttonwillow reveals that the GT2 RS has a record of 1:50.42 around the track. It should be noted that the Porsche 911 GT2 RS is arguably one of Porsche’s best cars to date, having conquered the Nurburgring in 6:43.30, far quicker than the Model S Plaid’s record-setting 7:35.579 run.

So does this mean that Unplugged’s Model 3 is better than Porsche’s track monster in a closed circuit? Unplugged CEO Ben Schaffer notes that an apples-to-apples comparison between the two vehicles’ lap times cannot really be done since the Unplugged Model 3 and the Porsche 911 GT2 RS are such different vehicles. The Model 3 Ascension-R is essentially the same entry-level sedan from Tesla with bolt-on parts, and even with its full suite of modifications, it is still a fraction of the cost of the GT2 RS. The GT2 RS is also designed specifically for the track, and its records on the Nurburgring show it.

“So, is our 1:49.90 lap apples to apples with a latest spec 911 GT2 RS lap of 1:50.42? Of course not. It can’t be summed up that simply. Valid arguments can be had on both sides. The crazy thing though, and our goal with this project is, a debate can be had comparing a Tesla Model 3 with our bolt-ons vs. the ultimate price-is-no-object, track-focused weapon from Porsche, the $400k+ 991 911 GT2 RS. The debate can be had because if you put both on the track and drive them both flat out, you have an improbable and close race!” Schaffer said.

It is difficult not to give credit to Unplugged Performance for its work on the Model 3. As noted by the tuning house CEO, the Model 3 Ascension-R program’s initial target was to come within striking distance of the Porsche 911 GT3 RS, a vehicle that slots below the GT2 RS. Such a target was already considered insane, but it sure does not feel that way now.

Watch Unplugged Performance’s Tesla Model 3 run a hot lap around Buttonwillow in the video below.