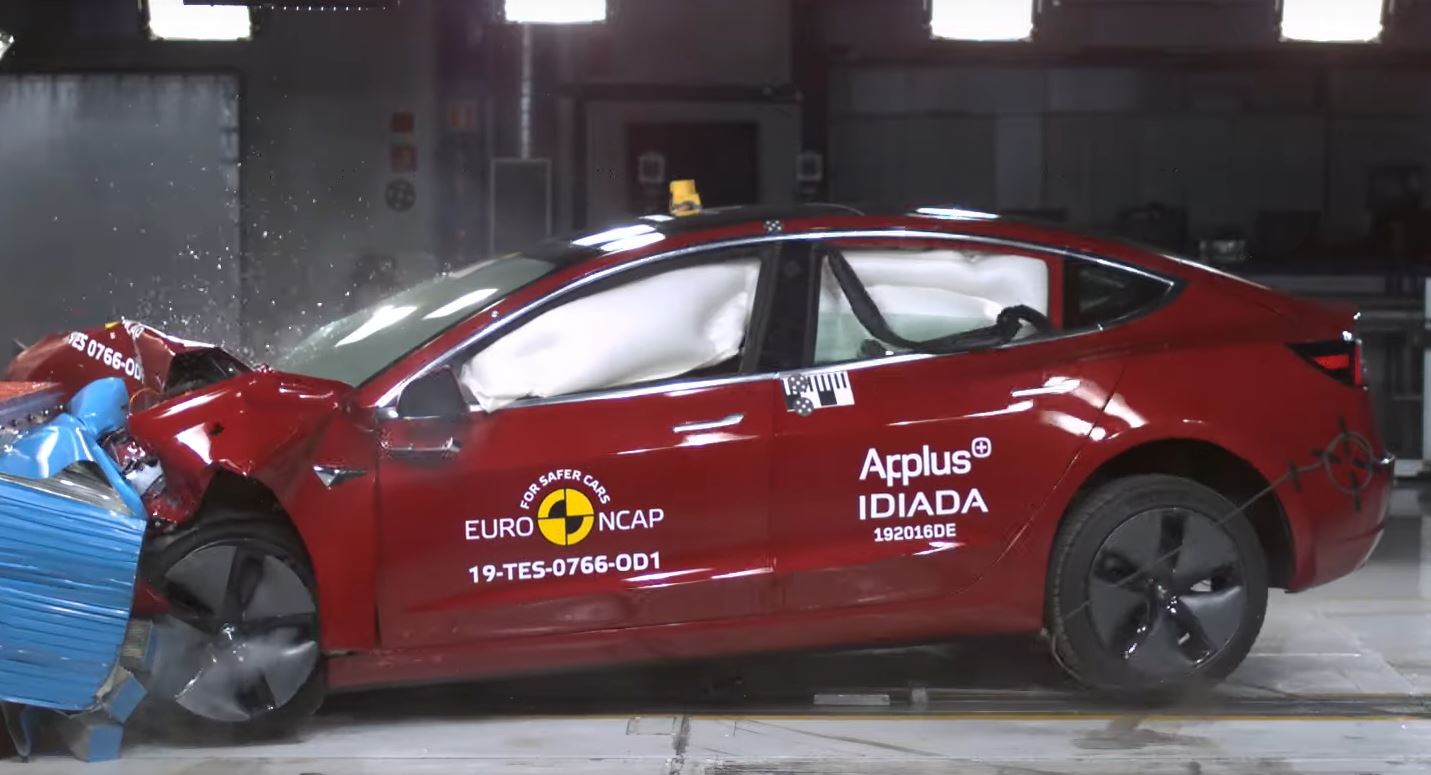 The European New Car Assessment Programme or more popularly known as Euro NCAP published its “Best of the Best of 2019” list and the Tesla Model X and Model 3 are among the Best In Class for 2019.

The Tesla Model 3 was named the best vehicle in the Large Family Car category and shared the spotlight with the BMW 3 Series, despite edging out the Bavarian sedan in Safety Assist by receiving a score of 94 versus BMW’s 76. Euro NCAP also awarded the Tesla Model X all-electric SUV as the best Large Off-Road vehicle, beating out the SEAT Tarraco which took home second place.

The awards come with prestige as Euro NCAP is one of the most respected car safety watchdogs, providing consumers with an independent and realistic safety assessment of some of Europe’s most popular vehicles. Established in 1997 and modeled after the car assessment program of the U.S. National Highway Traffic Safety Administration, the program has since served as a catalyst when it comes to improving vehicle safety. The Euro NCAP overall safety rating was introduced in 2009 and evaluates the safety of the vehicle based on four areas: Adult Occupant Protection, Child Occupant Protection, Pedestrian Protection, and Safety Assist.

The Euro NCAP safety tests simulate possible real-life accidents that may cause serious injuries or even death of vehicle occupants. For example, the frontal impact test simulates accidents such as head-on collisions where the vehicle’s structure, how its parts safely absorb different crash forces, and whether the vehicle’s design leaves enough space in the passenger compartment during big collisions are looked into because these factors can spell the difference between life and death. Euro NCAP also tests vehicles to see if their child restraint systems are properly designed and can keep the child safe during vehicular accidents.

The category on Vulnerable Road User tests how other users such as pedestrians and cyclists are at risk of injuries when they are hit by the vehicles undergoing testing. The safety watchdog also scores driver-assist technologies that help lower the risk of accidents on the road and also mitigate injuries. 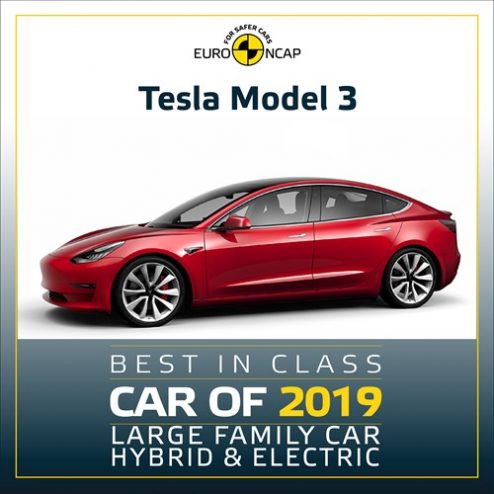 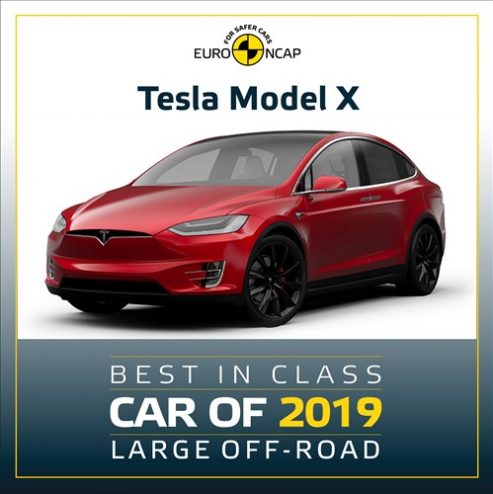 As the Model 3 and Model X rule their respective categories in the Best In Class of 2019 list just helps prove that Tesla is on the right path in building safe vehicles from the ground up, plus developing technologies such as its Autopilot and Full Self-Driving features that push vehicle safety to the next level.

To be included in Euro NCAP Best in Class Cars Of 2019 list is a feather in any automotive manufacturer’s cap. It means the vehicles are among the safest on the road today.

In mid-2019, the car safety watchdog awarded the Tesla Model 3 sedan 5 stars in all of its safety categories, which set the bar higher for vehicles in its class.

“Tesla has done a great job of playing the structural benefits of an electric vehicle to its advantage. The Tesla Model 3 achieved one of the highest Safety Assist scores we have seen to date,” said Thatcham Research head of research Matthew Avery.

The Model 3 has shown off its safety features in the real world, most recently protecting a driver after an SUV landed on top of a Model 3 during a multi-car pile-up in China.

The Model 3’s bigger sibling, the Model X, is also considered a champ by Euro NCAP as it awarded Tesla’s flagship SUV a 5-Star Safety Rating in December.

Other Best In Class for 2019 winners include Mercedes-Benz CLA for the Small Family Car category with Mazda 3 as its runner-up. The Subaru Forester ruled the Small Off-Road/MPV category with the Volkswagen T-Cross and the Mazda CX-30 sharing the second spot. The best in the Supermini category was given to the Audi A1 and Renault Clio with the Ford Puma given the runner-up honors.

Check out the video footage below showing Euro NCAP’s Best In Class Cars of 2019: