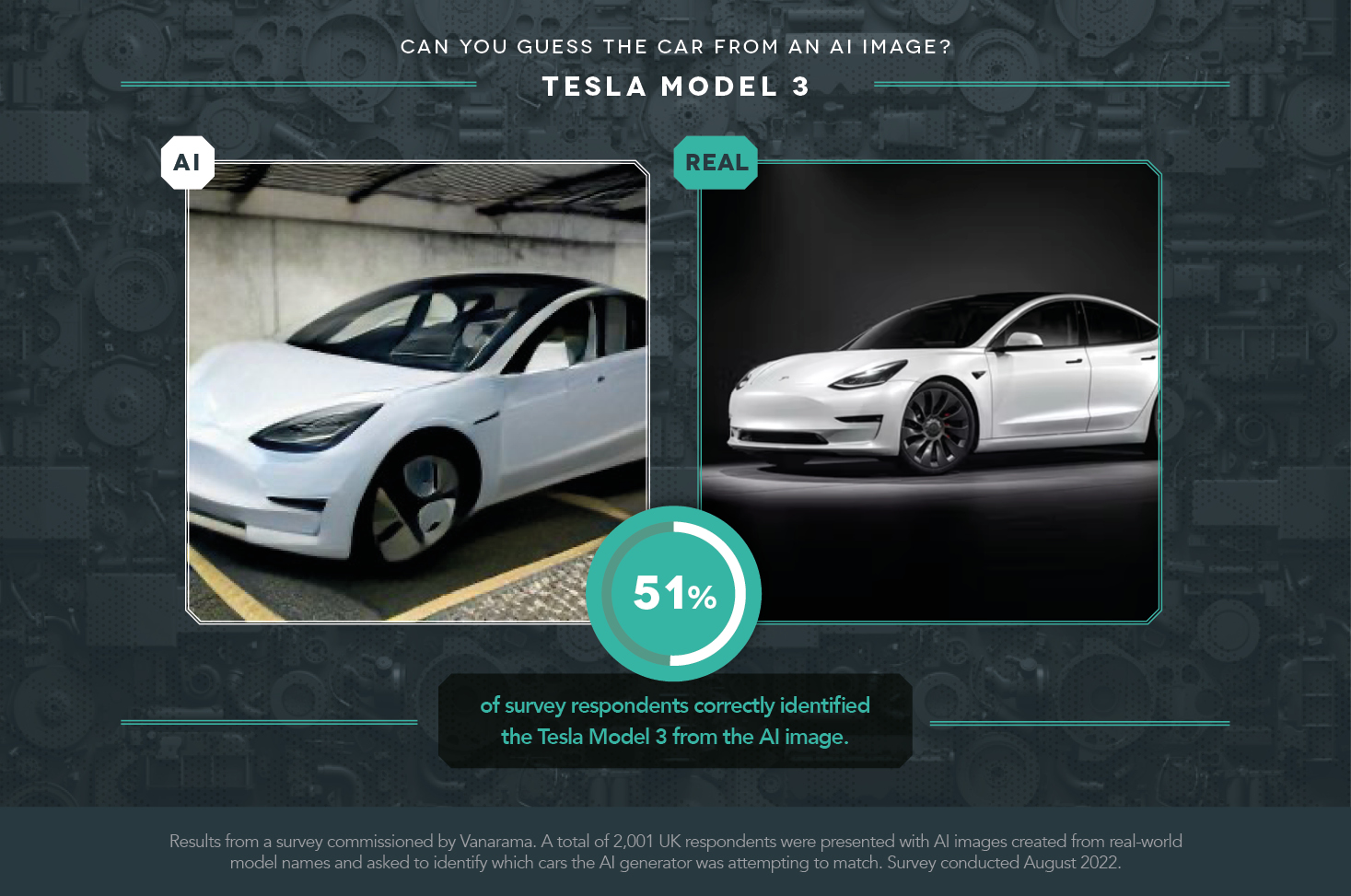 Tesla Model 3 is the most recognized EV by AI

The Tesla Model 3 is the most recognizable EV by artificial intelligence according to  Vanarama’s recent survey. The car and van leasing company put an AI image generator’s vehicle knowledge to the test.

Vanarama used an AI image generator to recreate a total of ten car models using only the model names and editions such as the Tesla Model 3. Following that, the AI images were used in a 2,001-person survey. The respondents were shown each image and asked to correctly identify the car model that the AI image generator had attempted.

Although internal combustion engine vehicles were the most recognized by the survey respondents, several EVs such as the Tesla Model 3 and the Tesla Cybertruck were recognized as well. Keep in mind, Tesla doesn’t traditionally advertise.

The image generator created several real-world cars and the Porsche 911 was the most recognized car. Vanarama pointed out that the respondents were more familiar with traditional ICE vehicles than EVs and 51% of the respondents correctly picked out the AI image-generated photos of a Tesla Model 3.

“As the very first EV to top one million sales, that’s maybe not surprising. The Model 3 also racks up 255,000 online searches every month,” the company noted.

The Tesla Cyberturck was the second-most recognizable EV in the research. with 42% of the respondents correctly identifying the AI-generated image.

Although the Nissan Leaf has been around for quite a while, it was the least recognized EV with only 33 % of respondents recognizing the AI-generated attempt at the EV. 25% of those surveyed thought the AI was generating an image of a Toyota Corolla and 22% were clueless and couldn’t identify it as any model.

Tesla Model 3 is the most recognized EV by AI