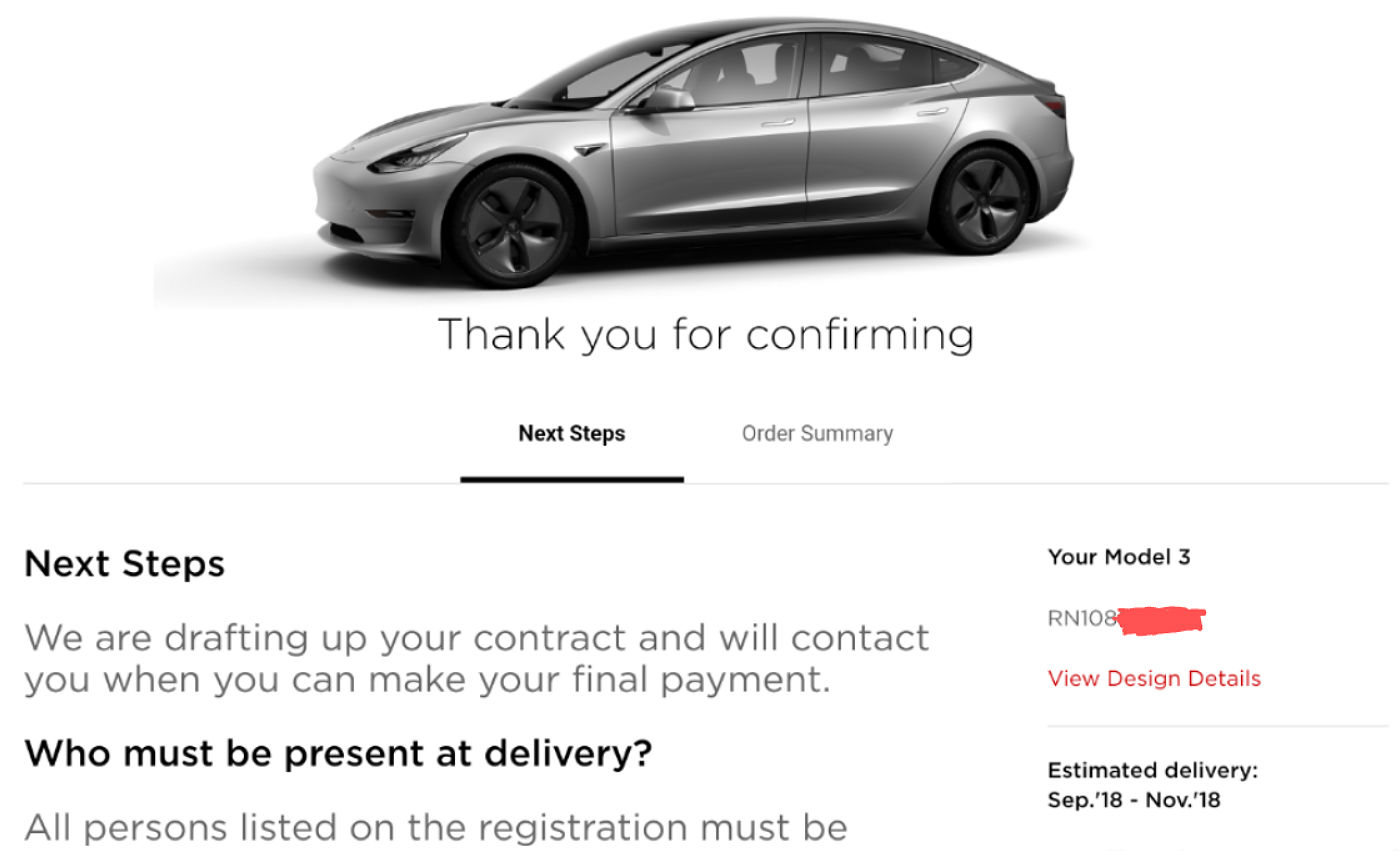 Tesla recently rolled out a new order confirmation page for Model 3 buyers, as the company pushes to further streamline its vehicle delivery process. Tesla appears to be introducing the updated Model 3 confirmation page in tandem with the new 5-minute “Sign & Drive” system, which was rolled out earlier this month.

A screenshot of the new order confirmation page was recently uploaded on the r/TeslaMotors subreddit by Model 3 buyer u/marker2002, showcasing links to important information and video tutorials about the Model 3 at the time of order placement. Among these are walkthroughs for some of the electric car’s key features, such as its climate control, its phone key and key card functions, and tutorials about Autopilot. An upsell to accessories for the vehicle such as a car cover, a wall charger, and Tesla apparel are also included in the updated confirmation page. 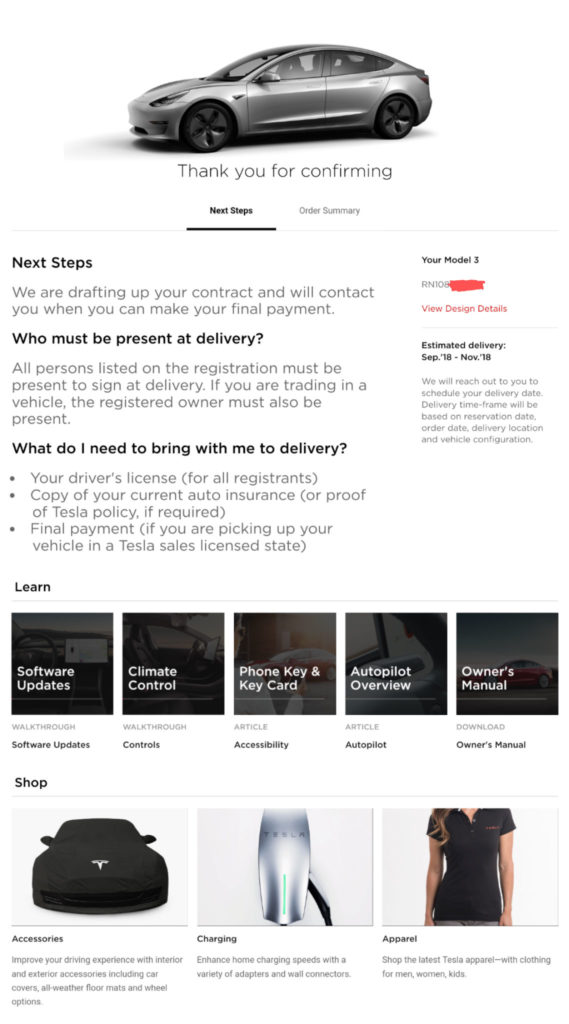 Earlier this month, Tesla announced a new system that will allow customers to drive away with the vehicle in just a few minutes. According to Tesla’s communication, the 5-Minute Sign & Drive process involves a quick signing of paperwork, followed by a brief walkthrough of the electric car’s basic functions. Tesla also advised Model 3 reservation holders to learn as much as they can about the vehicle prior to the delivery date.

From what could be seen in Tesla’s updated order confirmation page for the Model 3, the company is now providing buyers with useful information about the electric car immediately after they complete the configuration process. An updated Owner’s Manual that includes new features that have been added to the car through over-the-air updates is also provided.

Since the beginning of July, Tesla has stopped anti-selling the Model 3, with the company starting a test drive program across its stores in the United States. The company has also begun encouraging reservation holders to upgrade to the Model 3 Performance, with Elon Musk stating that driving the vehicle would feel like having “pure fun jacked into the brain.”

Tesla’s profitability this third quarter will be determined by the number of Model 3 it could deliver to customers until the end of September, considering that the vehicle would likely comprise the majority of Tesla’s revenue this Q3 2018. With the electric car recently gaining a vote of confidence from Detroit veteran Sandy Munro, who stated that the vehicle’s Long Range RWD variant could give Tesla a 36% profit per unit, and with Tesla upselling the higher-priced Model 3 Performance to reservation holders, there is a pretty good chance that the company actually would end Q3 2018 on a surprisingly positive note.