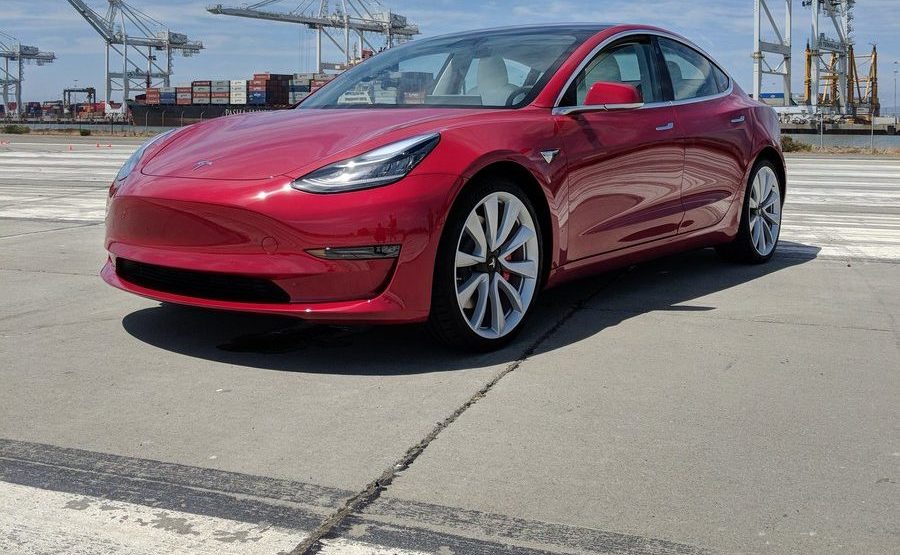 Elon Musk recently gave some tips for would-be owners of the Model 3 Performance — in order to fully optimize the electric car’s capabilities and speed, equipping it with stickier and wider tires at the rear is recommended. According to Musk, the Model 3 Performance would likely be capable of sprinting from 0-60 mph in 3.3 seconds with optimized rims and tires.

Musk’s advice came as a response to Tesla enthusiast Ryan McCaffrey, who mentioned an observation from the Wall Street Journal‘s Dan Neil, who recently reviewed the Model 3 Performance. According to Neil, the Model 3 Performance is already an excellent car, but it would be even better if it had a better set of tires. Musk responded, stating that Tesla had to give up some of the car’s grip to optimize its range. For drivers aiming for top performance, Musk stated that upgrading the tires and wheels can give the car an extra boost.

Definitely. We gave up some grip & width in exchange for range. Would recommend stickier tires & wider on rear for best performance. You might get 3.3 sec 0-60 mph or better with optimized rims & tires.

As could be seen in Tesla’s configuration page for the vehicle, the Model 3 Performance is capable of going from a dead stop to 60 mph in 3.5 seconds, thanks to its twin electric motors that deliver instant torque. The electric car also has a top speed of 155 mph, as well as a range of 310 miles on a single charge. In true Tesla tradition, Elon Musk teased back in May that the Model 3 Performance’s power output could be a bit higher than expected.

Tesla already has a reputation for making its vehicles faster over time. Just last year, Tesla opted to “uncork” the 75D variants of the Model S and Model X. The Model S 75D, for example, had a notable boost in acceleration after the vehicle’s 0-60 mph time was reduced from 5.2 seconds to 4.2 seconds through a free software update. The Model X 75D also had a similar performance bump, with the all-electric SUV’s 0-60 time dropping from 6.0 seconds to 4.9 seconds. Thus, with Elon Musk’s announcement last May, expectations were high that Tesla would likely improve the Model 3 Performance’s acceleration and capabilities over time as well. Talks of a Ludicrous Mode upgrade, which Musk reacted positively to before, were also reiterated.

When he announced the vehicle’s specs on Twitter, Elon Musk stated that the Model 3 Performance, with its 0-60 mph time of 3.5 seconds, would be 15% faster on the track than a BMW M3. Considering that a simple improvement in wheels and tires would likely cause the vehicle to accelerate .20 seconds faster, Musk’s estimates for the Model 3 Performance might actually end up being rather conservative.

When Tesla announced the Model S P85D back in 2014, the company unveiled the vehicle’s Insane Mode, which allowed the family sedan to accelerate from 0-60 mph in 3.2 seconds, rivaling the McLaren F1, a legendary supercar that Musk admits is one of the best cars to ever be made. The McLaren F1 has a 0-60 time of 3.2 seconds — just .10 seconds faster than the raw acceleration of the Model 3 Performance with wider rear tires.