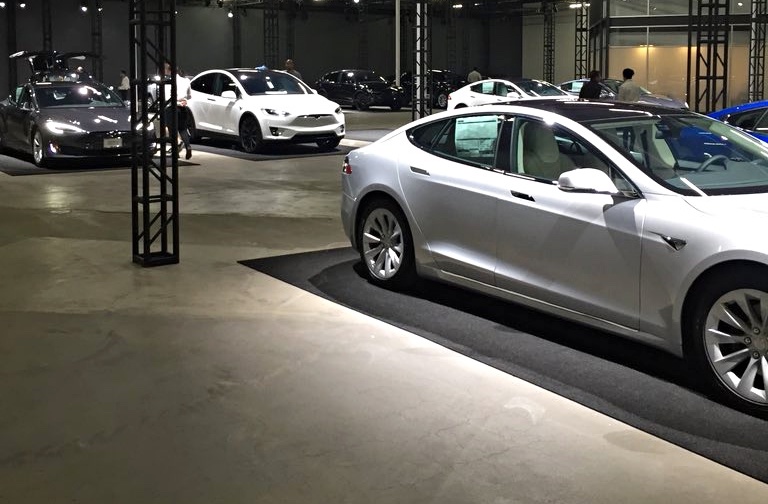 As Tesla begins to go all-out in its push to deliver the Model 3 en masse to reservation holders, the company has rolled out a new “Sign & Drive” program that would enable owners to drive away with their new electric car in as little as five minutes.

The new delivery process was recently shared by Model 3 reservation holder and r/TeslaMotors subreddit member u/rastal3x. As could be seen in the communication from Tesla, the 5-minute Sign & Drive system advises owners to do advance reading on the Model 3’s features before the delivery date to familiarize themselves with the vehicle’s features and functions, drastically reducing the delivery and handover time for the vehicle. Here’s the text of Tesla’s announcement to Model 3 reservation holders, as shared by u/rastal3x. Following is a screenshot of Tesla’s update.

Tesla’s 5-minute Sign & Drive strategy seems to be one of the company’s most recent initiatives to expedite Model 3 deliveries to its long line of reservation holders. Prior to this system, Model 3 deliveries, such as those conducted in the Marina Del Rey delivery center, could, at times, take an hour or more to complete. Anecdotes from some owners who recently took delivery of their Model 3 also indicate that some delivery specialists’ knowledgeable about the vehicle leave much to be desired. With the new system, Tesla seems to be placing the responsibility of matter loading about the electric car on reservation holders’ hands, and considering the popularity of the vehicle, this could very well prove to be a strategic decision.

Tesla, after all, has a very dedicated fanbase, and many Model 3 reservation holders are already quite familiar with the company’s electric cars. Thus, there is a good chance that even reservation holders who have not owned any of Tesla’s previous vehicles are already familiar with the features and functions of the Model 3. Tesla’s 5-minute Sign & Drive delivery system still covers the most important aspects of the electric car, however, including charging and accessing the vehicle; hence, giving reservation holders something similar to a survival guide before they take the Model 3 home.

If any, Tesla’s has been providing all the information it can to Model 3 reservation holders over the past few months. Last April, Tesla released several useful how-to videos on the Model 3 in its official YouTube channel. To address the Model 3’s updated features, Tesla has also released an updated Owner’s Manual for the vehicle, which could be accessed here.

Tesla is attempting to hit profitability this third quarter, and much of the revenue the company will make will be coming from the Model 3. Tesla has already hit its target of manufacturing 5,000 Model 3 per week by the end of Q2 2018, and signs such as new batches of VIN registrations and forecasts from Bloomberg‘s online production tracker indicate that the electric car maker is set to continue its production pace in the coming weeks. Tesla has also stopped anti-selling the vehicle, offering test drives in the Model 3 Performance and rolling out the configurator email to all reservation holders.

Below is a playlist of Tesla’s video walkthrough series for the Model 3.