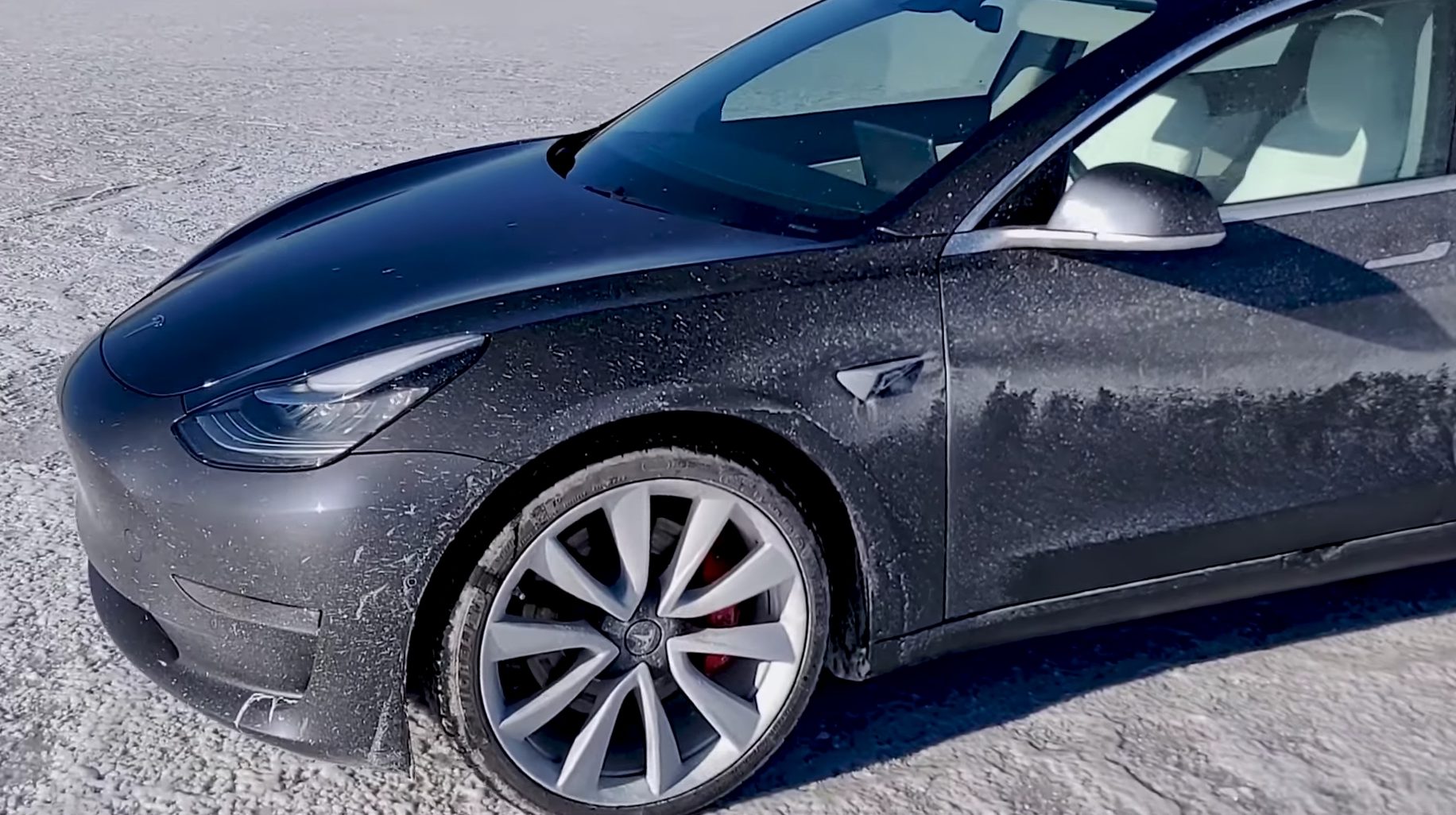 Very few things can rival the exhilaration that one feels when going on a top speed run. With a powerful vehicle like the Tesla Model 3 Performance, such exhilaration becomes even more pronounced, since the vehicle is propelled by the instant torque and raw power from its dual electric motors, which produce a combined 450 hp and 471 lb-ft of torque.

Top speed runs on the Model 3 have been conducted in the past. Last August, for example, Long Range RWD Model 3 owner Michael Striker opted to go flat on the Bonneville Salt Flats. During his top speed attempt, the electric car actually went past the vehicle’s rated 140 mph top speed, reaching 142 mph before Striker decided to pull back on the accelerator. Striker’s top speed run was pretty impressive overall, especially considering that his car was equipped with 18″ Aero Wheels, which are not tuned for performance.

Ben Ahlander, a Tesla Model 3 Performance owner, wanted to push his electric car to its limits. His Model 3, a Midnight Silver unit equipped with 20″ Sport Wheels, was charged before it was taken to the Salt Flats in UT for its run. Right before accelerating, the Model 3 owner even opted to play some highly appropriate music for the top speed attempt — Kenny Loggins’ “Danger Zone” from the Top Gun soundtrack.

Immediately noticeable from the Model 3 Performance’s run was how quickly the vehicle breached the 100 mph barrier. True to the vehicle’s reputation, the electric sedan blazed past 60 mph and well past 100 mph quickly. The vehicle just kept pulling after that, all the way to 154 mph, which is 1 mph short of the car’s listed top speed of 155 mph.

A following top speed attempt proved to be a lot more exciting and a lot more intense for the Model 3 owner. After hitting what appeared to be soft sand, the Model 3 Performance started spinning out — while it was speeding at around 135 mph. The electric car displayed several warnings when it came to a stop, including notifications for the regenerative braking and stability control system being disabled. Automatic Emergency Braking was also disabled after the 135 mph spin-out.

Ben later noted that when he looked further into the area where he conducted his Model 3 Performance’s top speed attempts, he noticed that there were warnings about softer sand due to wet conditions. It should be noted, though, that despite the high-speed spin out, the Model 3 did not show any indication that it was in danger of rolling over, thanks to the vehicle’s low center of gravity due to its floor-mounted battery pack. While spinning out at 135 mph is a pretty harrowing experience on its own right, Ben Ahlander notes that he would definitely do another top speed run in the Salt Flats as soon as his vehicle receives the Track Mode update.

Tesla’s Track Mode update is currently being rolled out to the company’s Model 3 Performance fleet. Tuned in collaboration by Tesla’s engineers and professional racecar driver Randy Pobst, Track Mode gives the Model 3 Performance the capability to handle corners in a manner rivaling that of track-bred sports cars. During Pobst’s tests, for example, the Model 3 Performance completed a lap around the “Streets” of Willow Springs International Raceway in CA in 1:21.49, faster than one of Motor Trend‘s Best Driver’s Car winners in the past — the Ferrari 458 Italia, which completed the course in 1:22.30.

Watch the Model 3 Performance spin out at 135 mph in the video below.