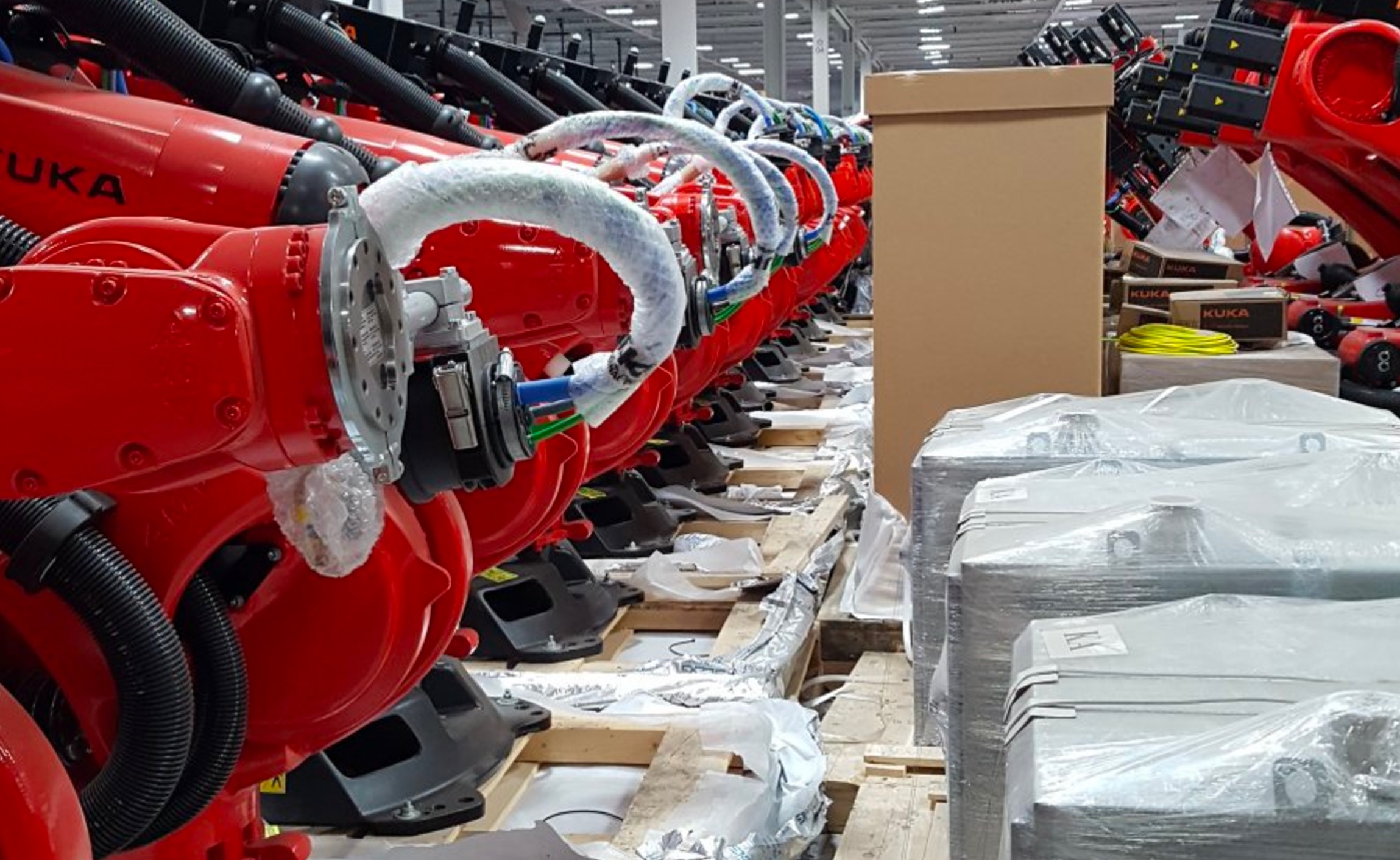 New insider photos taken by an individual who claims to be a Field Service Engineer for Kuka Robotics – maker of the “X-Men superhero robots” responsible for producing Tesla’s Model S, Model X and energy product line – has revealed an army of 467 new robots that will reportedly be used on the upcoming Model 3 production line. SoutheastTraders forum user Mac11FA, via the Tesla subreddit, posted rare photos that show a large shipment of unmounted robots that will presumably be responsible for various Model 3 production line duties, including, but not limited to, spot welding, laser welding, handling, and loading of materials.

Tesla has long used automation as a key piece of production in its factory. Tesla CEO Elon Musk said on an earnings call last August that the Model 3 production line would ultimately resemble something like an “alien dreadnought”. The robots captured in the photos appear to be largely manufactured by Augsburg, Germany-based Kuka robotics. The Kuka robots, each costing anywhere between $50k to as much as $500k can manage multiple tasks by switching adapters and moving across multiple axes. Larger robots similar to the one Musk used when presenting the D are often used for transporting large components between sub-assembly lines.

The original poster of the photos Mac11FA claims that they are onsite at the Tesla factory for the next 7 weeks to “help set up and commission 467 robots and 21 KL slides”. A slide is a track that keeps the robots planted and level to within a .01 millimeter tolerance. “Right now I am installing a separate cable for an external axis.” 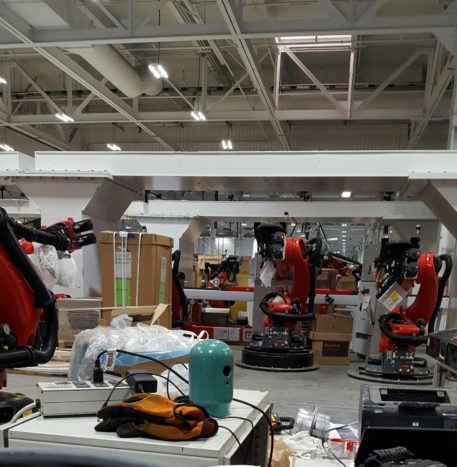 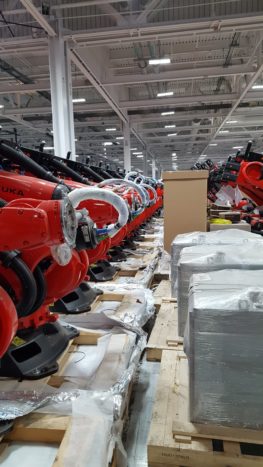 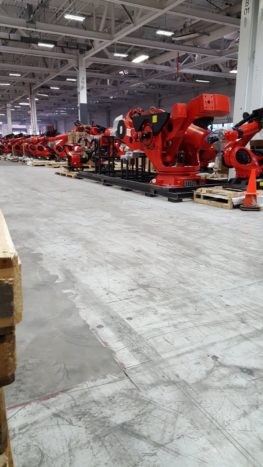 Tesla owners that were touring the factory over the past week have reported seeing the palette of Kuka robots onsite, which apparently were not getting installed until now. One owner from the Tesla Motors Club (Engle) said, “You can’t take photographs, but I can tell everyone that there is an enormous area of the factory where the Model 3 assembly line is being built. There are Kuka robots all over the place waiting to be installed. It’s a beautiful thing. One of the guys that works there said there’s so much activity going on, that he and a friend challenge each other each morning to see if they can figure out what’s new that day.” 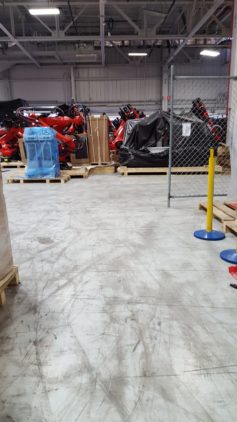 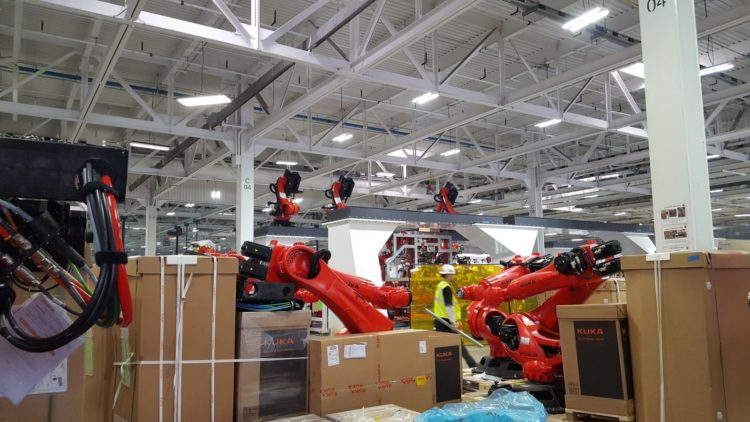 Tesla recently raised $1.4B capital in March to help support ongoing operational costs, as well as the production line of the Model 3. While it’s unclear how much Tesla spent on the Kuka ‘alien robot army’, estimates place the order total upwards of $50M. Kuka’s robots have long been known for their range of flexible abilities, quite different than typical stamp-and-repeat robots of the past.

Model 3 is on track for low volume production to begin in July and volume production to the tune of 5,000 Model 3 produced per week come September. The company expects to produce roughly 500,000 vehicles annually in 2018. A gorgeous blue and very refined looking Tesla Model 3 was spotted near the company’s Silicon Valley-based headquarters today.