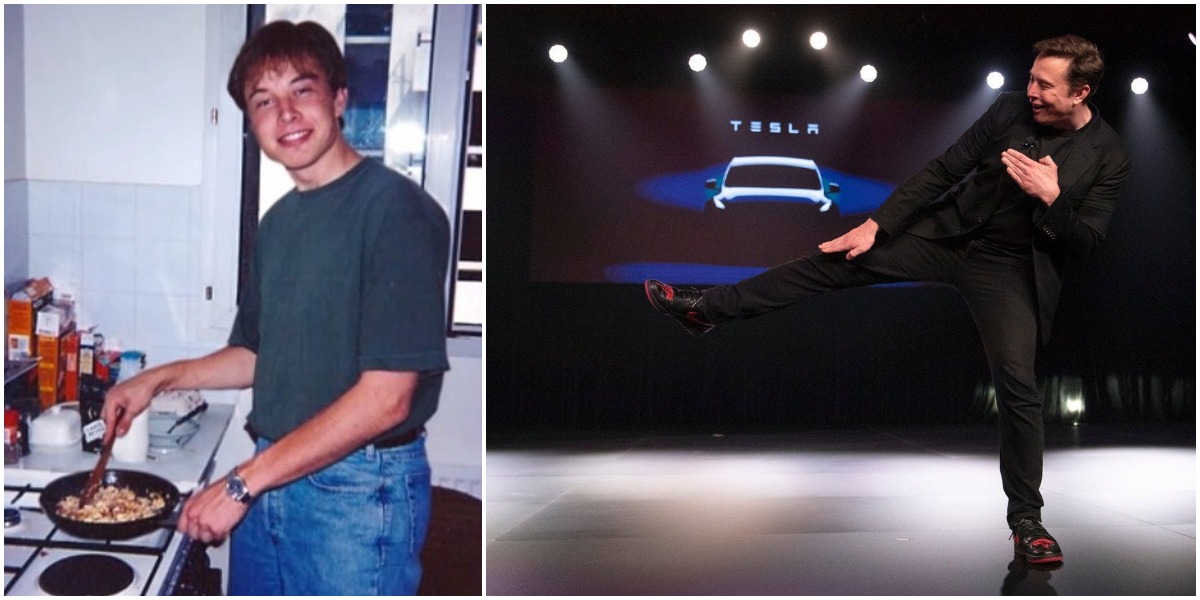 Hey, Toyota: Tesla may not have a ‘Chef,’ but at least their food doesn’t suck

At some point or another, most of us have cooked a meal for others. If you did a reasonably good job making a meal, someone may say: “You should have been a Chef.” Whether it is a hobby in your spare time or you spent multiple years at a culinary institute, cooking is one of the few things in life that everyone has to experience at some point or another. It could be stovetop ramen or a fine piece of beef with a slice of foie gras. Whatever it is, you do it to your liking, and you usually think you did it well.

However, having the title of “Chef” does not insinuate that someone is good at cooking. Some people study things for several years, and they unfortunately just do not have a knack for it. Most of us have gone to fine dining restaurants at some point or another in our lives, and we prepare ourselves to fully commit and make ourselves vulnerable to the culinary works of whoever is commanding the kitchen that evening. But sometimes, the food simply isn’t to our liking, and you say to yourself, “How could this person ever be considered a Chef?”

Yet, Akio Toyoda, the President of Toyota, runs his grandfather’s business and was bold enough to cast some stones at Tesla and Elon Musk.

“We are losing when it comes to the share price. But when it comes to products, we have a full menu that will be chosen by customers,” Toyoda said. “They aren’t really making something that’s real, people are just buying the recipe. We have the kitchen and chef, and we make real food.”

As if comparing cooking to automotive wasn’t confusing enough, Toyoda actually thinks that Tesla is inferior to his company, even though they don’t have a pure EV in their lineup. They do have a Plug-In Hybrid EV with the Prius PHEV. Still, the company didn’t make any pure EVs because it believes hybrids are “a better bridge between ICE vehicles and hydrogen fuel-cell vehicles,” according to a 2019 article from Car and Driver.

Even still, Toyoda’s apparent attempt to derail and discredit Tesla’s automotive domination through 2020 was weak.

Your meal this evening will be prepared by Chef Elon Musk

Elon Musk probably doesn’t cook very often for the family. He’s spending his many waking hours trying to figure out what moves will take Tesla to the next level. He likely doesn’t have time to whip up a full dinner for his kids or his partner, Grimes.

Instead, Musk’s full focus is on Tesla. Because of his full-fledged obsession with “accelerating the world’s transition to sustainable energy,” Musk has often said that Tesla’s real competitors are those who refuse to adapt to electrification, and not entities who are embracing the EV revolution, like Volkswagen, for example. Even still, Musk hasn’t gone out of his way to attack CEOs or Presidents of automotive companies that are not willing to build an EV, or a lineup of them, for that matter. Instead, his efforts are solving manufacturing, making cars more affordable, and ensuring the company’s customers that his products are fun to operate.

Toyota once had an electric car: The RAV4 EV, but it was discontinued in 2014, according to its website. However, the brand has stated that it will produce six new EV models that will launch over the next five years, citing “global demand” as the reason for the embrace of sustainable transportation. However, unveiling three vehicles that are eerily similar to the Smart Car wasn’t exactly what consumers had planned. Therefore, the company will begin to go after the U.S., Europe, and China: three locations with an unquenchable thirst for electric transportation. They will likely enter China before any other market.

The thing is, Toyota doesn’t seem to have a plan, as of now, to transition to a fully electric lineup. Perhaps this is what Toyoda meant by “we have a full menu.”

Like the fiery and passionate Gordon Ramsay, some chefs would say having a “full menu” is not necessarily a good thing. Having a concentration and focusing on one style of food is advantageous for not only the chefs but also for the customers.

Cars are no different. Trying to build a lineup of ICE cars, PHEVs, Hybrids, EVs, and Hydrogen Fuel Cell vehicles will have Toyota in a scenario where they are trying to balance so many different power sources. If Toyota plans to attack each subsection of a vehicle with 5-7 models, there is going to be a lot of different strategies going on, and it could spell confusion. Floyd Mayweather once used this to insult SportsCenter anchor Brian Kenny, stating he was “a Man of many traits, but a Master of Nothing.”

It might be easier to focus on one style of car, maybe two. Not five, Toyota.

Tesla and Toyota both have a track record of success. While Toyota’s is longer and more reputable than Tesla’s, just because of a longer existence, Tesla has influenced an entire industry to transition from what they are familiar with. Many car companies focused on creating fast, efficient, and affordable passenger cars powered by fossil fuels. Now that Tesla has come along and proven that EVs are fun, affordable, and good for the environment, massive brands like Ford and Volkswagen are committing themselves to electrification in the future. While some have more ambitious plans than others, there is nothing wrong with taking your time. As long as a company plans to transition away from gas and diesel and into EVs, it will have some backing from sustainability supporters.

Unlike most desserts, this one isn’t going to be very sweet.

Listening to the head of one of the largest car companies in the world cast stones at Tesla and Elon Musk is quite shocking. “They wanna see you do good, but never better than them” comes to mind here. At one point, Toyoda may have been hoping Tesla could introduce an EV that would give the company some inspiration. In fact, as a company, Toyota may have wanted someone else to dive into EVs so that it could learn from someone else’s mistakes. However, Tesla has had plenty of those mistakes, but its resiliency, which was highlighted by Elon Musk in a series of Tweets earlier this week, has made it the most valuable car company in the world.

Who is Number 2? Toyota.

Hey, Toyota: Tesla may not have a ‘Chef,’ but at least their food doesn’t suck