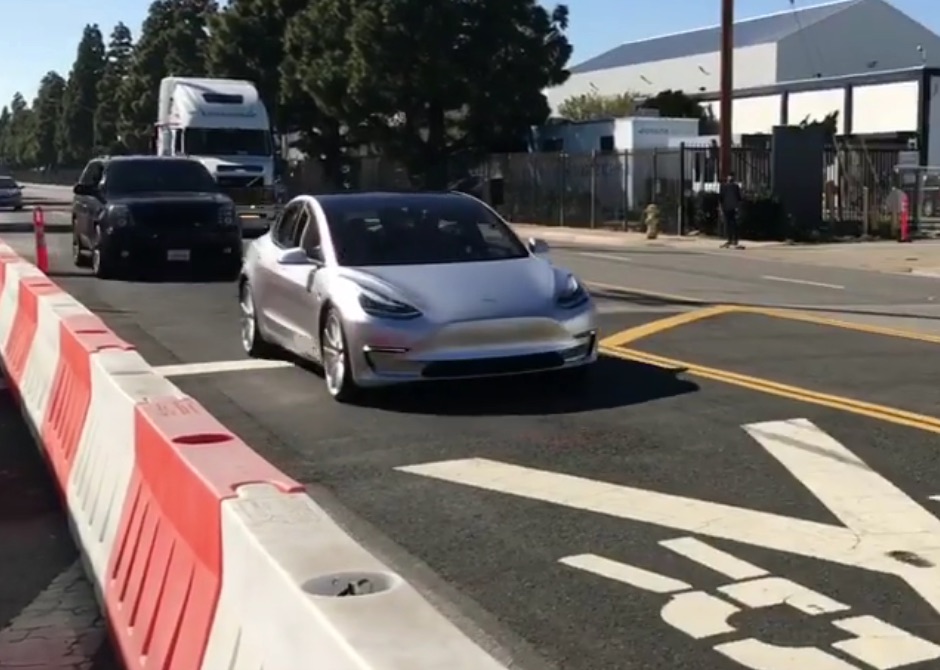 Tesla tuner Unplugged Performance caught a rare glimpse of a Tesla Model 3 testing in the wild today near the Tesla Design Studio in Hawthorne, California.

The Unplugged team spotted a very complete looking silver Model 3 outside of SpaceX and the Hyperloop test track before snapping a video of it. Co-Founder Avi Fischer tells Teslarati that the Model 3 appeared to be doing test runs up and down Jack Northrop Avenue, the same street used for test rides during last year’s Model 3 reveal event.

“We sometimes test our tuned cars outside of our office, today we were surprised to see our neighbors at Tesla doing the same. This Model 3 was driving back and forth for quite some time, presumably testing,” he noted.

Our office neighbors are the best! Model 3 driving outside our office alongside the SpaceX Hyperloop test track.

A post shared by Unplugged Performance (@unpluggedperformance) on Mar 9, 2017 at 2:55pm PST

The business park where this video was captured in Hawthorne, CA is home to Tesla’s Design Studio and Supercharger station, SpaceX, the Hyperloop test track, and Tesla tuning company Unplugged Performance.

RELATED: Behind the scenes at Unplugged Performance

Elon Musk’s businesses lining Jack Northop Avenue aren’t simply located in close proximity to one another, but they also work together. Keen-eyed observers of the video will notice a black SpaceX vehicle serving as the chase car following the Model 3. 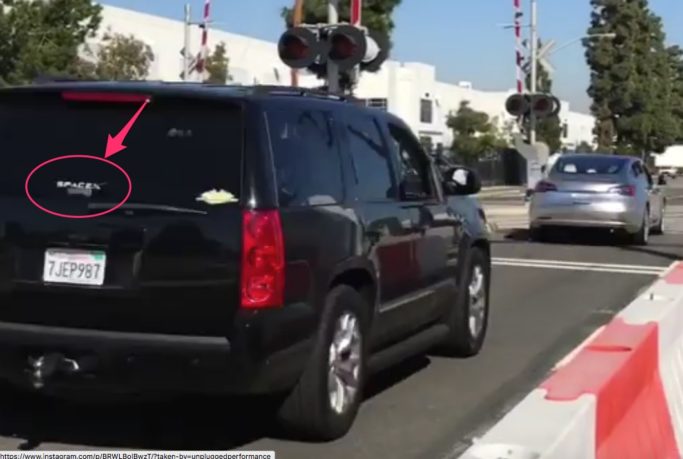 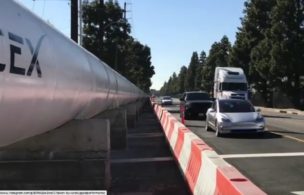 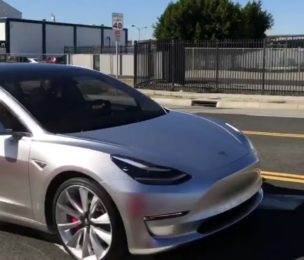 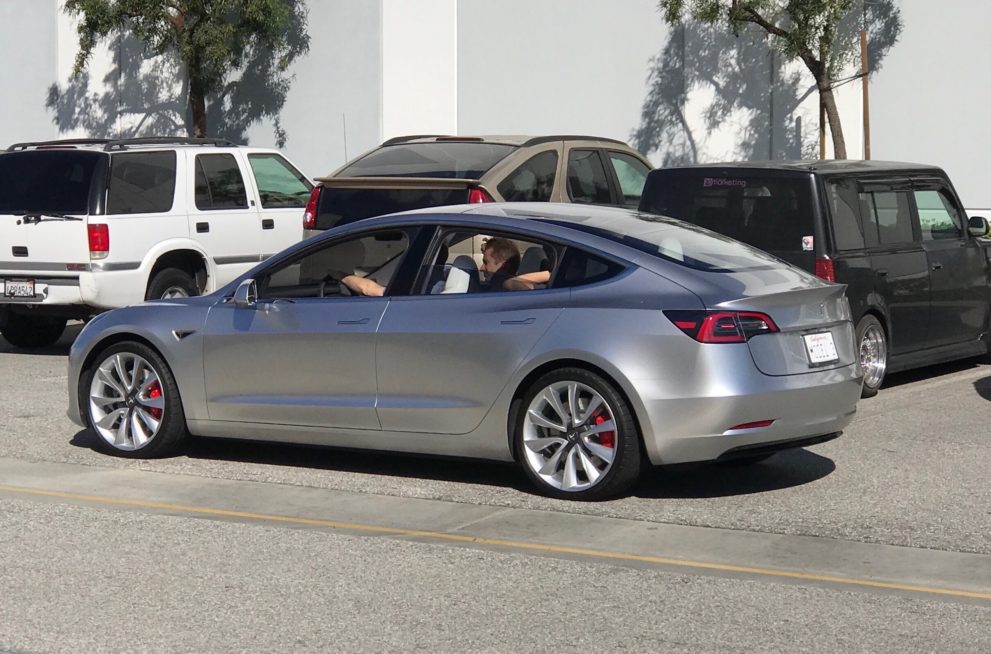 Tesla just started pilot production of Model 3 on February 20th so it’s likely that this particular vehicle is one of the original hand-built test mules that Tesla put together for the Model 3 unveiling back in March of last year.

Early sightings of Tesla vehicle test mules are reminiscent of the early buzz that surrounded the Model X each time it was spotted driving around town near the company’s headquarters in Silicon Valley.

A press release issued by Tesla earlier in the year indicated that Gigafactory 1 has already begun mass production of the high performance cylindrical “2170” battery cells being used in the Powerpack 2 and Powerwall 2 energy storage systems. Model 3 cell production will begin in Q2.

Model 3 sightings will become increasingly more common in the back half of the year as production starts in July then kicks into high gear as the year comes to a close.

Elon shared his perspective on the production ramp up in the recent Q4/2016 earnings call:

“Yes. I currently think that we should build to 500,000 vehicles next year and 1 million vehicles by 2020. That’s 500,000 vehicles in total, Model S, Model 3, and Model X combined next year should – as far as the information I have at my disposal right now, I believe that is the most likely outcome. And then, with a couple more years, getting to 1 million units. That seems also the most likely outcome.”

Based on these estimates, Tesla is expected to make between 80,000 and 110,000 Model 3s by the end of the year. That’s roughly the same volume as all 2017 Model S and X production which is extremely impressive for a brand new model in its first few months of production.