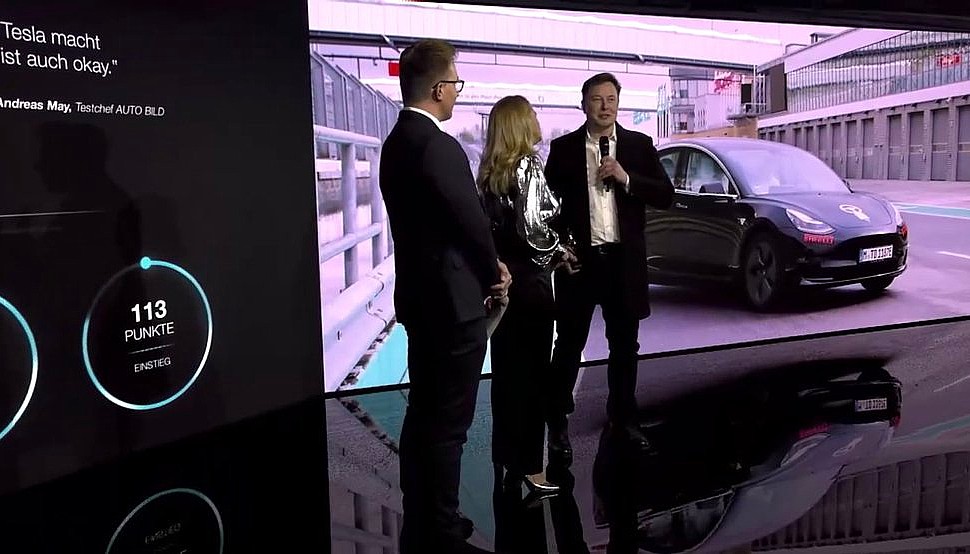 In what could only be considered an unexpected win, the Tesla Model 3 was able to beat the BMW 3 Series and the Audi A3 as Germany’s Midsize Car of the Year at the Golden Steering Wheel Awards. The award was granted by auto publication AUTO BILD, whose event was graced by Tesla CEO Elon Musk.

Speaking about the results, a representative of the motoring publication noted that the Model 3 was well-liked by the awards’ judges partly because of its cool factor. Apart from this, the Model 3 was also lauded for being quick on its feet, well-equipped with features, and low cost of ownership.

With this in mind, the Tesla Model 3 became one of the biggest surprises for this year’s Golden Steering Wheel Awards, beating two of Germany’s most well-loved midsize sedans on their home turf. So strong was the positive reaction to the Tesla Model 3 that the vehicle actually earned some of the highest overall scores in this year’s competition.

Elon Musk, for his part, accepted the award with gratitude on behalf of the workers of Tesla who have been pushing hard to produce and improve the Model 3. Joking about the vehicle’s Golden Steering Wheel Award, Musk stated that it may only be a matter of time before a winner of the award ends up having no steering wheel at all. The suggestion was met with much lighthearted laughter from the awards’ audience.

The Tesla Model 3 has several awards under its belt, but its win against the BMW 3 Series and the Audi A3 in German soil could be the all-electric sedan’s most important one yet. German vehicles are known for their impeccable quality, after all, and it is very, very rare to see an American automobile dominate two local champions in the awards ceremony. The fact that the Model 3 is all-electric is just icing on the cake.

Elon Musk also provided a massive surprise while accepting the Model 3’s Golden Steering Wheel Award, confirming that Gigafactory 4 will be built somewhere in the Berlin area. Gigafactory 4’s final location has been hinted at by the electric car maker in its third-quarter earnings call, with Elon Musk stating that Tesla will be revealing the site of the upcoming facility before the end of the year. Considering the recent announcement, it appears that this goal is another one that Musk and Tesla have accomplished well within the CEO’s timeframe.

“Everyone knows that German engineering is outstanding, for sure. That’s part of the reason why we are locating our Gigafactory Europe in Germany. We are also going to create an engineering and design center in Berlin, because Berlin has some of the best art in the world,” Musk said.