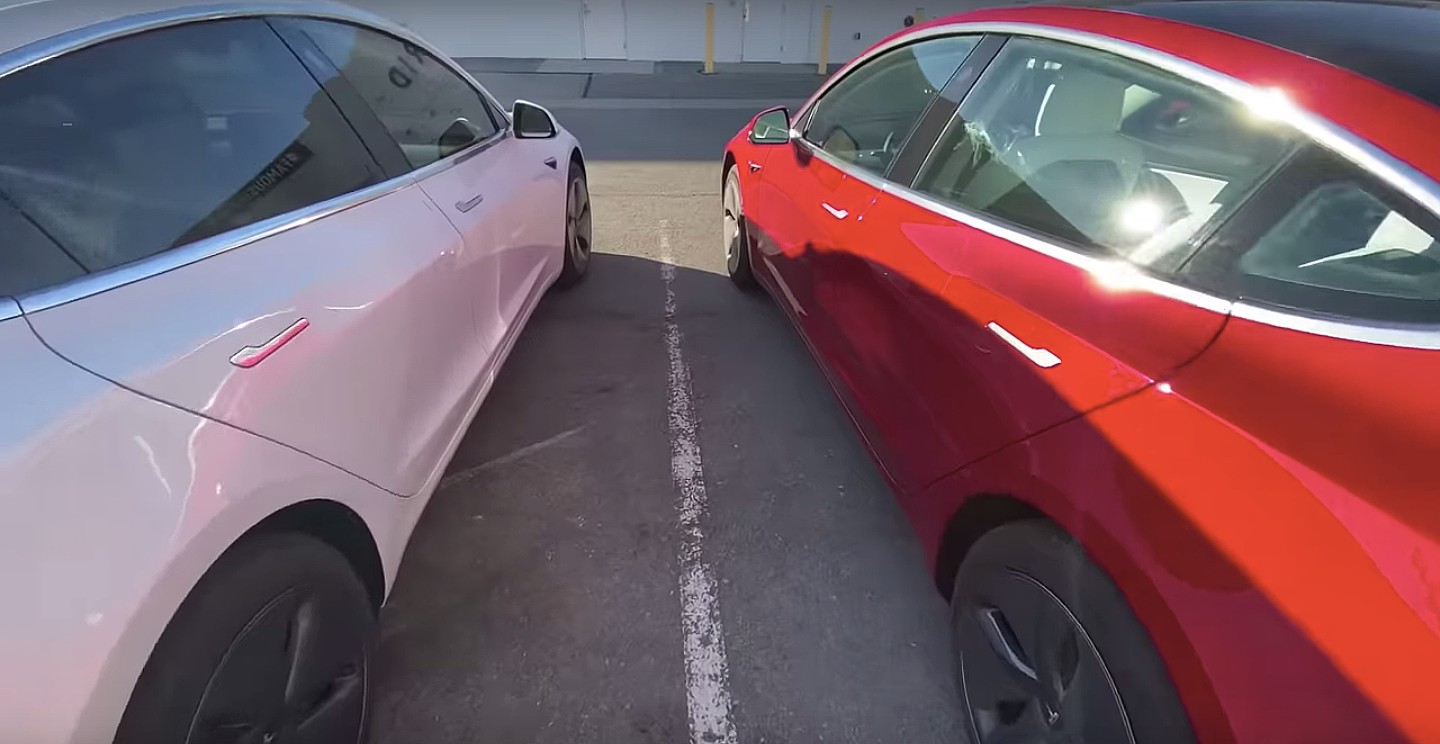 Tesla Model 3 firmware update for 5% power boost compared, before and after

Tesla’s recently released 2019.36.2.1 over-the-air software update promised a roughly 5% power increase to owners of the Model 3, Model S and Model X. Two owners of Dual Motor Model 3s tested the improvements by equipping only one of the vehicles with the performance update and racing on a straightaway to determine if the new software had actually provided increased acceleration.

Tesla CEO Elon Musk and VP of Technology Drew Baglino announced the updates affecting Supercharging efficiency and drivability during the Q3 earnings call. The announcement came in response to a question regarding the development of the Model S and Model X and how Tesla will improve upon the two vehicles in the future. Baglino stated, “We’re also expecting there is going to be an over-the-air improvement, that will improve the power of the Model S, X, and 3. By the way, it’s coming in a few weeks. It should be on the order of 5% power improvement due to improved firmware.”

The test of the two Model 3s was uploaded to YouTube by user Jenny Walsh and featured her husband Daniel as the narrator and driver of their Red Multi-Coat version of Tesla’s most affordable sedan. The red Model 3 was outfitted with the previous software, while the white vehicle, driven by a friend, was utilizing the new 2019.36.2.1 update with the 5% power increase. “We’ve drag raced our cars a bunch of times and they’ve always been exactly even, so we wanted to see if that update actually made much of a difference,” Daniel said. “The results were pretty surprising.”

The two vehicles raced three times on a straightaway, both with 190 miles of range remaining on the current charge, identical tire pressure measurements and the front windows all the way down. The Model 3 running the new update with the power upgrades was noticeably quicker than Jenny and Daniel’s Model 3. The white Model 3 driven by their friend had visibly quicker acceleration from launch and was able to get a lead of about a car length on all three runs.

While the updates in power for the Model 3 were displayed in this video, Musk and Baglino also announced improvements for the Model S and Model X during the Q3 earnings call. “We are continuing to learn how to optimize motor control in our products. But yes, a 5% improvement for all Model 3 customers, and 3% for S and X,” Baglino said. The Over-the-Air updates utilized by Tesla are a way for owners to constantly experience improving vehicles without having to buy the most recent model. “I don’t think there has ever been a situation in history where you buy a car and it gets way better over time, through software,” Musk said.

The utilization of the software updates by the Silicon Valley-based electric car maker allows owners to experience a constantly improving piece of machinery. The frequent updates Tesla releases for its vehicles have added new features, such as Smart Summon, but also performance upgrades like the increased power displayed in Jenny Walsh’s video. Tesla owners are able to experience new and exciting features on an almost regular basis.

Tesla Model 3 firmware update for 5% power boost compared, before and after