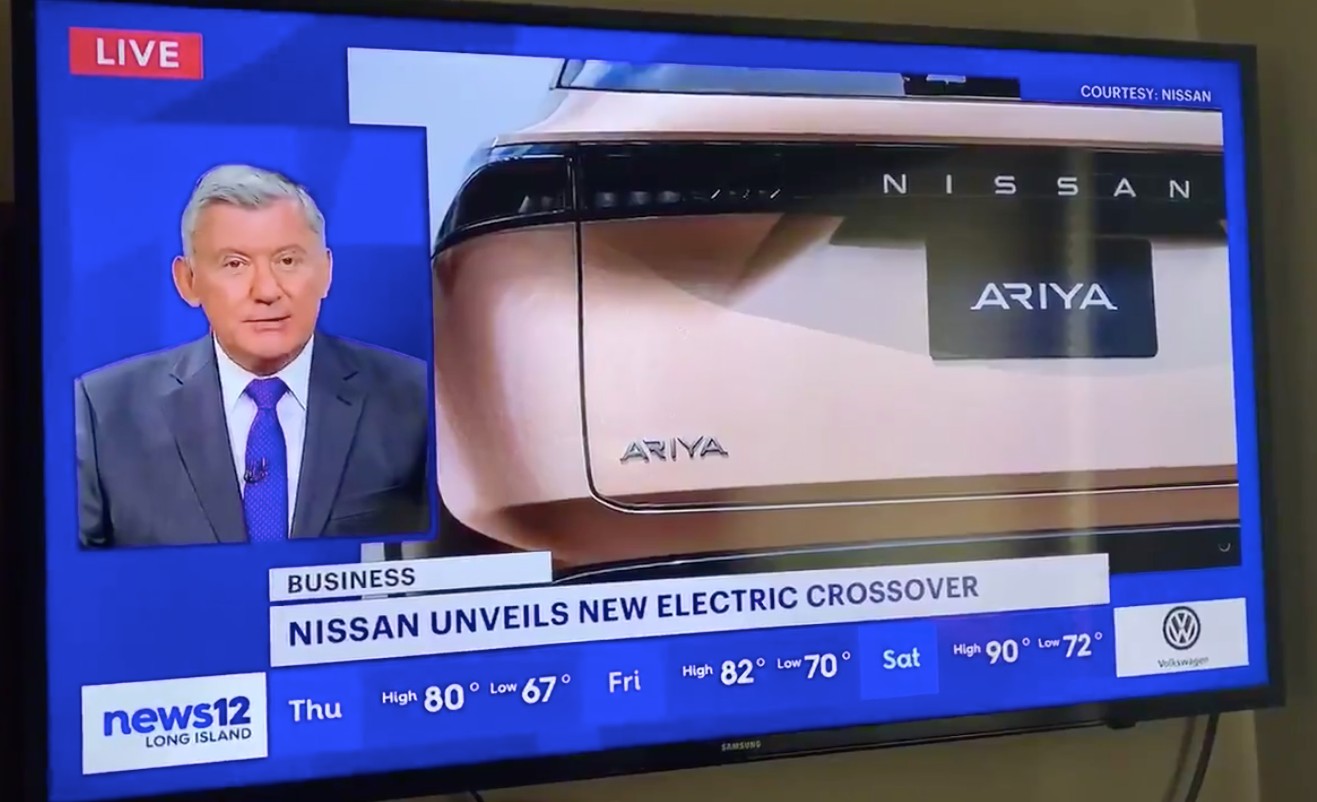 Teslas have been around for quite some time, with the company producing its 1 millionth vehicle earlier this year. Across the United States, and as the ramp of the Model 3 and Model Y continues, Teslas are becoming an increasingly common sight. But if a recent news segment from news12 Long Island is any indication, it appears that some members of mainstream media may still be quite unfamiliar with the electric car maker and its vehicles.

Nissan recently took the wraps off its new electric crossover, the Ariya. It’s a pretty well balanced EV for its starting price of around $40,000, thanks to its estimated range of about 300 miles, its dual motor option, and its ProPilot Assist 2.0 feature. It even has Amazon Alexa integration, which should give the vehicle some interesting voice enabled capabilities. The Ariya is poised to enter the market next year, and it will likely compete in the same market as Tesla’s own crossover SUV.

This was mentioned in a news12 Long Island segment. While discussing Nissan’s newly unveiled vehicle, the host remarked that the Ariya, which will be capable of connecting to the internet, is “designed to compete against Tesla’s Model 7.” A clip of the segment was shared online by Tesla enthusiast Luis A., who posted the video on his Twitter page.

Granted, the news anchor’s “Model 7” gaffe could simply be due to a mistake on the station’s teleprompter or a hand written script (the number “7” and the lowercase “Y” can look quite similar after all). But interestingly enough, the Tesla enthusiast noted in a later comment that he did call the news station to inform them of the error. An hour later, news12 Long Island opted to run the same segment on the Nissan Ariya with a different anchor reporting, and just like the last time, the Model Y was called the “Model 7.”

Inasmuch as the Long Island news agency’s “Model 7” segment is just a harmless and amusing gaffe for the EV community, it does highlight how unfamiliar Teslas still are to numerous people. This is actually one of the reasons why it is pertinent for mainstream media outlets to be accurate about the company’s vehicles and products. The general public is still largely unfamiliar with Tesla, after all, and it would be of benefit for everyone to know more about Teslas as a whole.

A good example of this was a recently aired documentary about the Tesla Gigafactory Nevada in Superfactories. The feature was well made and it offered a lot of insights about Tesla’s battery and powertrain facility. However, the narrator of the show kept describing the Model 3 as the “M3” while consistently showing the Model S and Model X onscreen. Similar to the “Model 7” references in news12 Long Island, the gaffes are just harmless fun, but still, it would be pretty nice if mainstream media gets its facts right about Tesla.