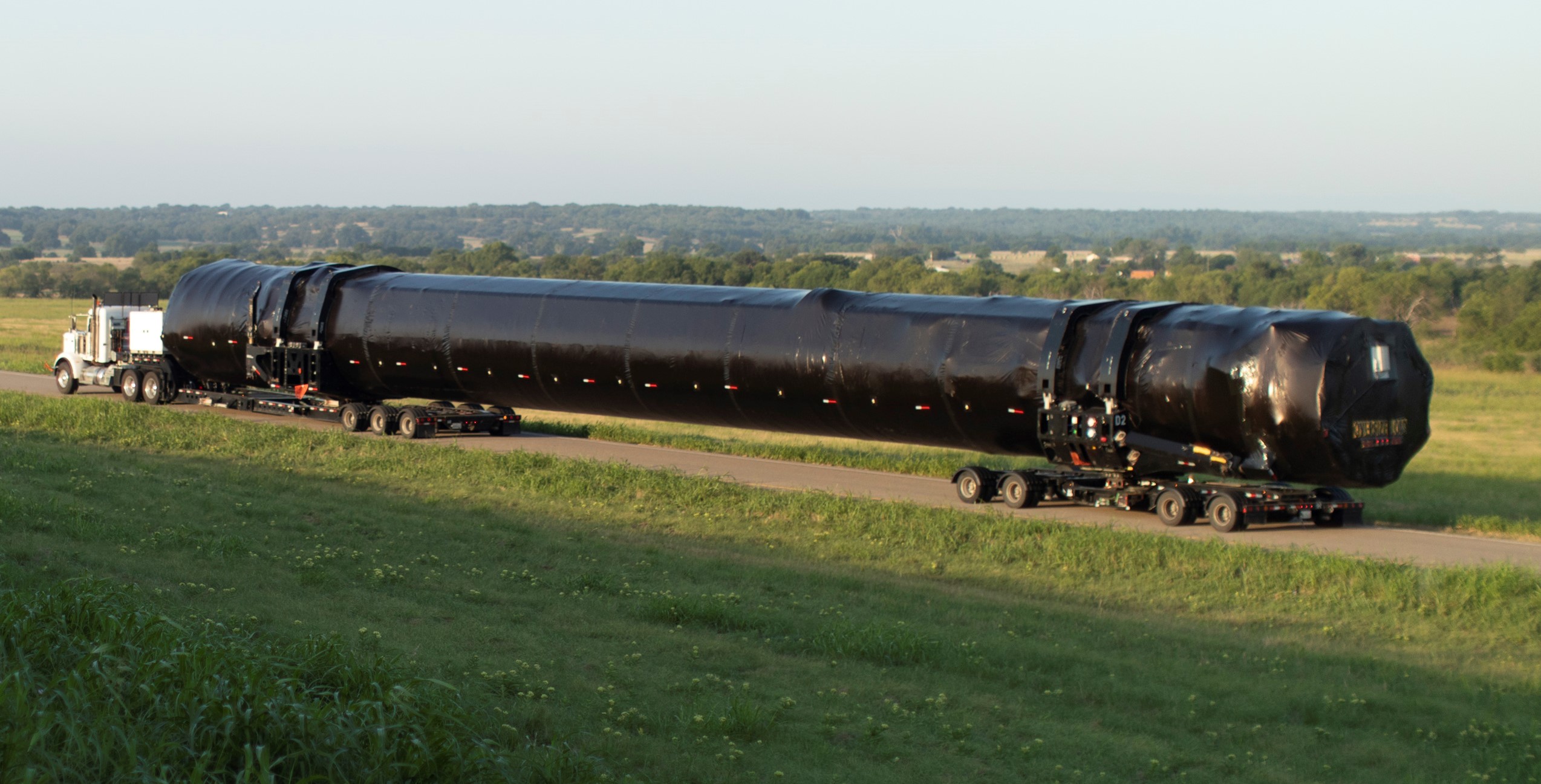 The SpaceX Falcon 9 rocket booster tasked with launching Crew Dragon on its first operational NASA astronaut mission arrived in Florida on Tuesday after a three-day drive from Texas.

Second only to the arrival of the new Crew Dragon spacecraft (likely C207) that will ferry three NASA astronauts and one Japanese (JAXA) crew member to the International Space Station, this is a major milestone for SpaceX’s next astronaut launch. Like the Falcon 9 booster (B1058) that became the first commercial rocket in history to launch humans into orbit, Falcon 9 booster B1061 will fly for the first time with a crewed Crew Dragon.

NASA unsurprisingly requested new Falcon 9 rockets for SpaceX’s first few astronaut launches. However, in a major surprise, the space agency appears to have given SpaceX permission to reuse not only Crew Dragon capsules – but Falcon 9 boosters, too – as early as Crew-2. For Falcon 9 B1061, that could have major ramifications.

As of now, the timing of SpaceX’s Crew-1 launch is almost entirely dependent upon the successful completion of the ongoing Demo-2 Crew Dragon mission. SpaceX’s first astronaut-proven spacecraft is currently docked to the International Space Station (ISS) as one of the two astronauts it launched is hard at work performing spacewalks to repair and upgrade the orbital outpost. Crew Dragon C206 is scheduled to return to Earth with astronauts Bob Behnken and Doug Hurley no earlier than (NET) early August in what will be the spacecraft’s first attempted reentry, descent, and splashdown with humans onboard.

In many ways, Demo-2’s return to Earth will be the single biggest challenge of the entire mission for SpaceX and Crew Dragon, as the lives of its passengers will hinge more than ever on the sequential completion of multiple complex operations. Of course, Crew Dragon C201 already completed a flawless orbital launch debut, reentry, descent, and landing more than a year ago, but the stakes for Demo-2 will be as high as they can get with real lives on the line.

If Crew Dragon C206 manages to safely reenter Earth’s atmosphere, deploy parachutes, and gently splash down in the Atlantic Ocean, NASA and SpaceX say they will need just a few weeks to fully review the mission, inspect the spacecraft, and fully qualify Crew Dragon for operational missions. As such, assuming an early-August splashdown, Crew-1 could feasibly launch as early as September 2020.

With Falcon 9 booster B1061 already on hand at SpaceX’s Florida launch facilities, that target is that much more within reach. Notably, thanks to NASA unexpectedly giving SpaceX permission to launch astronauts on flight-proven rockets as early as Crew-2, Falcon 9 B1061 could technically become the first commercial rocket booster in history to launch astronauts twice if it’s successfully recovered after Crew-1. Of course, SpaceX could very well inject the booster directly into its fleet of rockets to support an ambitious H2 2020 launch manifest, but there is a clear chance that SpaceX will hold onto B1061 to reuse it on Crew-2 sometime in H1 2021. For now, though, the priority is safely launching four astronauts on Crew Dragon’s first operational mission.