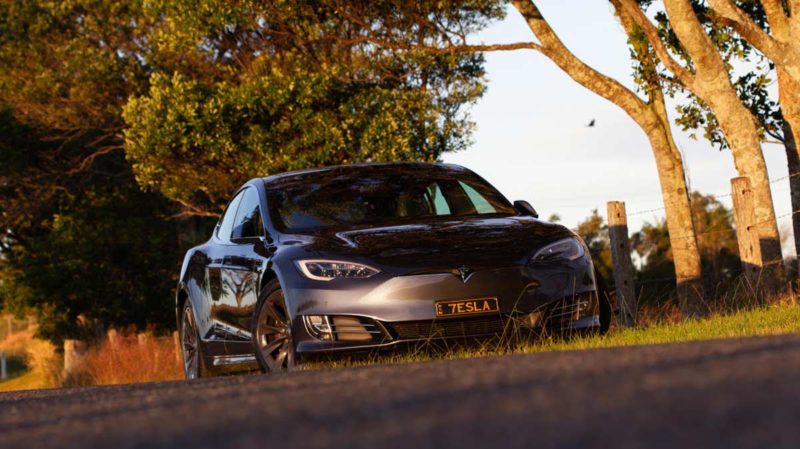 A Tesla Model S 75D owner from Australia has shared some notable insights about his ownership experience after driving the premium all-electric sedan for over 400k km (248k miles). These include some remarkable anecdotes about the Model S’ physical brakes, as well as its 75 kWh battery pack.

The Model S owner, Nigel Raynard, currently runs an airport pickup business in the Byron Bay/Ballina region with his partner. During a conversation with electric vehicle publication The Driven, Raynard noted that a Tesla was actually not his first choice. Prior to getting the Model S, he was actually looking to purchase a BMW.

Things changed when he watched the “Hard NOx” episode of the series “Dirty Money,” which extensively covered the Dieselgate scandal. In the episode, it was highlighted that emissions cheating practices were not just exclusive to Volkswagen. Other automakers, including BMW, also had diesel cars that were polluting more than they should.

The episode hit Raynard hard, as his mother had passed away from cancer. Coupled with his background in environmental science, Raynard ultimately decided that a BMW was not the way to go. If we were going to operate an airport pickup business, he would be behind the wheel of a more environmentally-friendly car. Thus, he ended up selecting a Tesla Model S.

Being a car for an airport pickup service, Raynard’s Model S gets driven about 400 km (248 miles) every day. Those miles pack up, and just three years into his ownership experience, Raynard’s Model S 75D already crossed the 400k-km mark. Despite this, Raynard noted that his car is still running on its original brake pads, which is pretty impressive considering that brake pads are typically changed every 50k-70k miles.

The Model S 75D is also still using its original battery pack. And after 400k miles, Raynard noted that he still gets about 343 km (213 miles) out of the car’s original 379 km (235 miles) of range. That translates to a loss of just about 9-10% after 400k km. That’s not bad at all, and it proves that electric vehicle batteries from Tesla could indeed go the distance. It also effectively debunks allegations from critics that EV batteries need to be changed frequently.

Raynard, for his part, stated that Tesla staff typically get surprised with his vehicle. “Talking to the staff at the Tesla service centers in Brisbane and now the Gold Coast has been a great experience because they admit that they don’t have a model this new with this many kilometers. This is on the original battery. I’ve gone from 379 km fully charged to 343 km so I believe it’s about a 9 or 10% loss of battery,” he said.

Raynard informed The Driven that over the course of his Tesla Model S 75D ownership, he had spent about AUD5,000 (about USD3,700) in service and repairs. These include replacements for a camera that ended up damaged after too many high-pressure washes at 210k km (130k miles), an air conditioning compressor at 330k km (205k miles), and a driveshaft replacement at 360k km (223k miles). One of the vehicle’s door handles was also replaced, but that was covered by Tesla’s warranty.