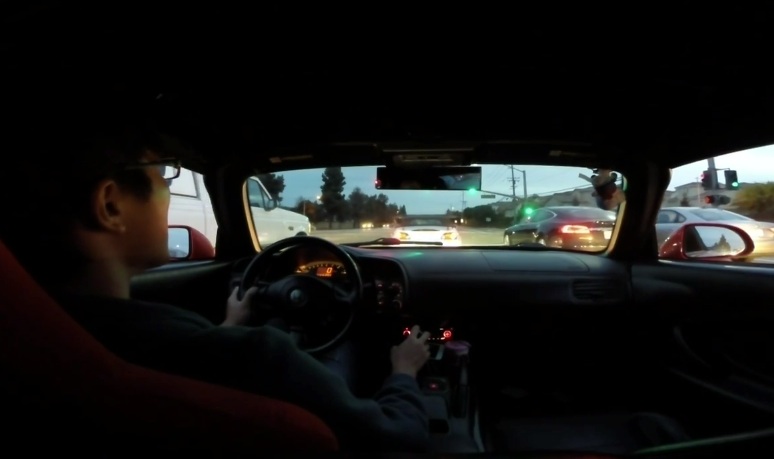 I found the following video rather amusing not because one unlucky victim decided to pick a fight with a Tesla Model S, one of the quickest 0-60 cars in the world, but rather the Model S didn’t have the faintest clue they were summoned to an impromptu traffic light drag race.

The video is captured by a driver that pulls up to a stop light behind, what appears to be, a Honda S2000 sporting a massive spoiler and a Tesla Model S, both lined up side by side. It’s hard to tell whether the Tesla is a S60, S85 or the Performance 85kWh, the quickest of the three, but one thing’s for certain – it was about to drop some knowledge on its high revving compadre.

The S2000 is seen (and heard) accelerating quickly from the stop light in a gesture to drag race. At this point it’s evident that the driver of the Model S has not caught on that they’ve been called out for a drag race. That is until 2 seconds later. The Model S is seen accelerating like a raging bat out of hell as it quickly catapults itself past its opponent and, just as quickly, releasing the accelerator pedal. The brake lights are seen flickering on presumably as a result of the regenerative braking.

What I love about the video is the perspective in which this video is captured. We’ve all seen wide aerial shots of Tesla’s drag racing against a myriad of performance and even super cars, but none really capture how quick a Tesla launches off the line from the lens of a real world everyday driver.