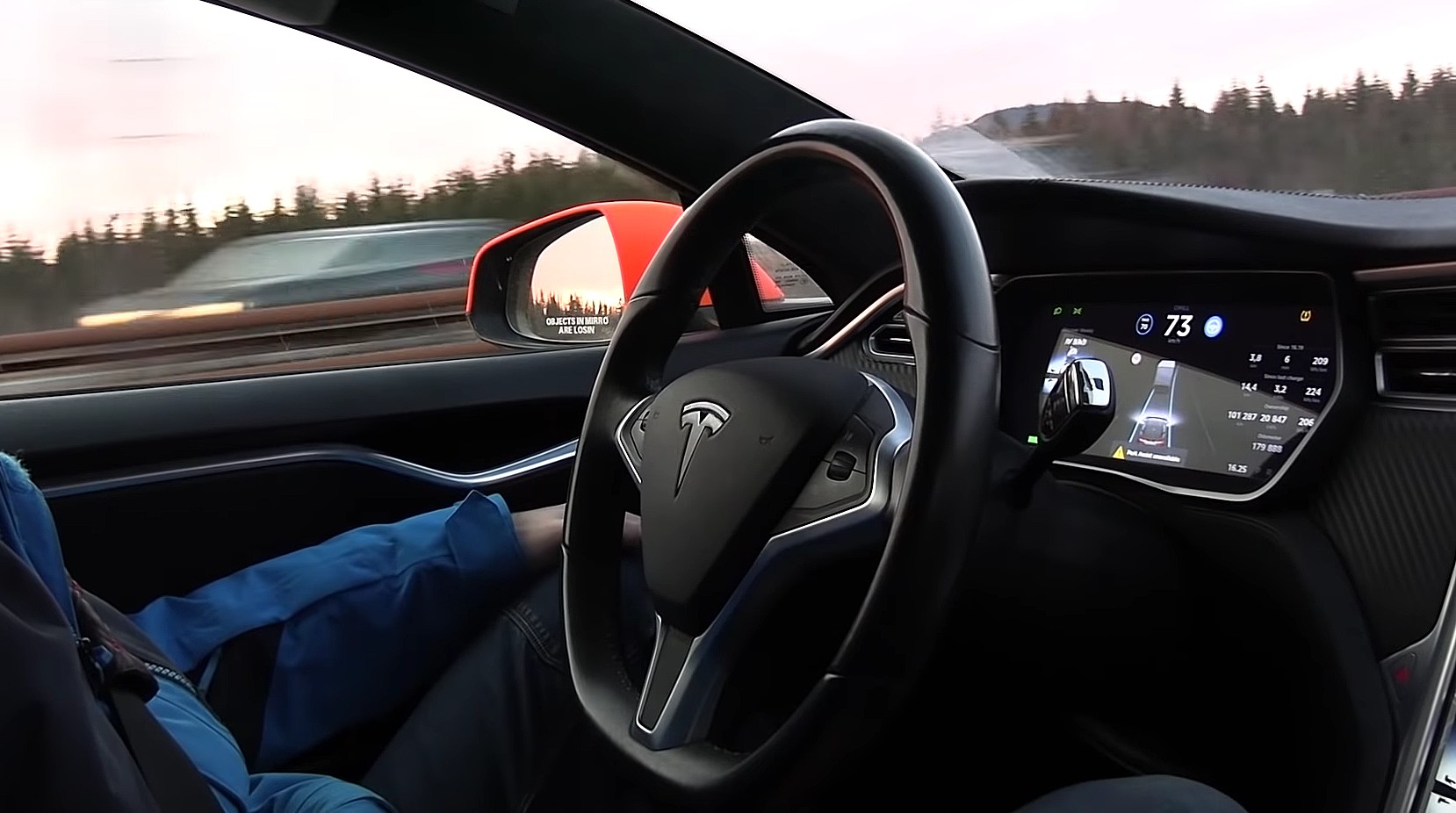 George Hotz of comma.ai sees his open-sourced driver-assist system openpilot as the Android of the full self-driving market. While Tesla’s Autopilot system is much like Apple’s iOS in the way that it is confined to the electric car maker’s parameters, openpilot allows owners to dig deeper into their vehicles, and this results in some cars, including a pre-Autopilot 2014 Tesla Model S, gaining capabilities that are nearly comparable to AP1 cars.

A demonstration of the system in action was recently shared by Tesla owner-enthusiast Bjorn Nyland on his YouTube channel. In it, Daniel Billing, the 2014 Model S owner, showcased how the aftermarket driver-assist system allows his vehicle to gain Autopilot capabilities. After a brief introduction of the open-sourced driver-assist system’s hardware, Billing took his pre-AP Model S to the highway and showcased how his vehicle behaves when it’s operating on its own.

Remarkably, the 2014 Model S was incredibly smooth as it steered itself and followed other vehicles on the road. The interface of openpilot is even fully integrated with the Tesla Model S’ infotainment system, thanks to root access to the all-electric sedan. With this setup in place, openpilot looks very much like the part it is intended to play — a more accessible, affordable alternative to the Apple of driver-assist systems, Tesla’s Autopilot.

The performance of the pre-AP Model S in Nyland’s video is quite admirable considering that the vehicle does not even have a radar installed. comma.ai does offer a radar for openpilot, but the Model S owner noted that he has not gotten around to having the additional hardware installed yet. Once a radar is installed on the vehicle, it would not be surprising if Billings’ pre-AP Model S ends up performing comparably with an AP1 Model S, at least on the freeway.

That being said, there are some drawbacks with such a system. For one, openpilot does not feature Tesla’s Autopilot “nags,” which means that drivers could keep their hands off the steering wheel for extended periods of time. It is evident in Nyland’s video that the Model S owner is very cautious with the system, but with no nags in place, openpilot may end up fostering careless behavior from inattentive drivers. The system also appears to operate outside Tesla’s Neural Network, which means that its improvements will likely not follow the pace of newer vehicles in the electric car maker’s fleet.

But for what it’s intended for, openpilot seems like a solid solution. The demonstration of the system’s capabilities in Nyland’s video may be brief, but it does show a pretty good idea of just how well the Android of driver-assist systems works in the real world.

Watch a Pre-AP Tesla Model S use Autopilot features in the video below.